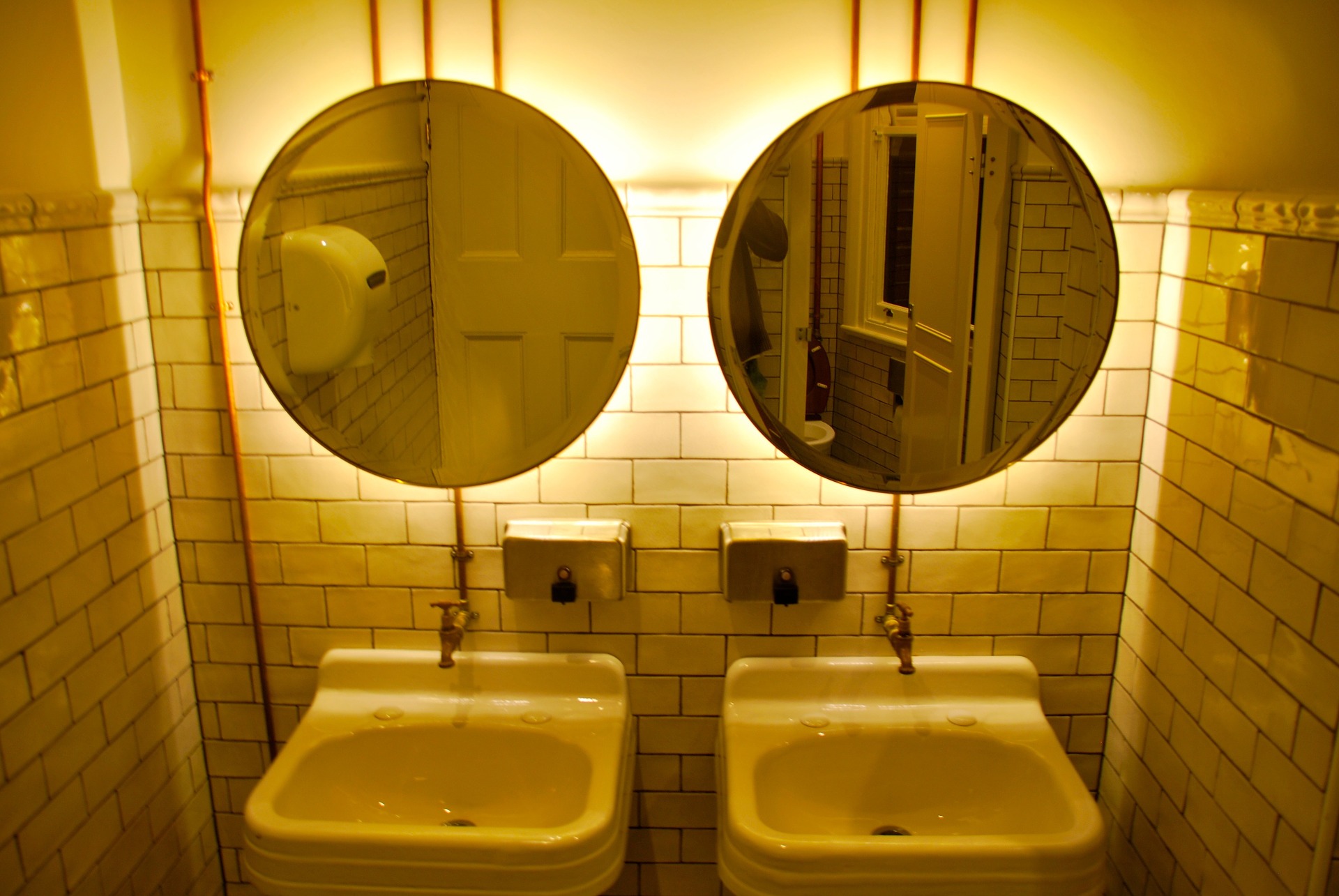 Alice: I think APAC (Asian Pacific AIDS Council) should go to this workshop we’re putting together.

A: Race. For people of color (POC) and those working in POC communities.

A: Because your group would benefit greatly by it.

B: Went to one already. People’s Institute for Survival and Beyond. Eugene. 1983.

A: What did you think about it?

A: Well, this one will be different. I’ll be doing parts of it.

B: Still can’t. Don’t have any money.

A: Well, I’ll get you some passes.

“I-R-O, I-R-O, I-R-O, Internalized Racial Oppression,” he shouted. “Join me, I-R-O, I-R-O … as the crowd followed. Kenneth Jones was leading the charge. “I want you to remember this, because you need to be aware of it, if you want to be an effective worker in communities of color.”

This was a little livelier than the People’s Institute, no doubt, and his explanation of IRO, which I interpreted as an inferiority complex based upon treatment by the dominant culture, was okay, but I thought it should have been a lot stronger. I was drifting away from him, my mind wandering when I heard, “knowledge of your I-R-O will keep you from getting stupid, then angry. You have to throw away your own personal feelings of being not as good as white folks, because you are as good as, maybe even better than, white folks.”

And again, he caught my attention. Dad’s admonition throughout his lifetime, “Bob, don’t get angry. You always lose when you get angry.” One of Dad’s favorite “Do-as-I say, not-what-I-do” lines. And Dad had always emphasized “you have to talk like haoles, talk like Tom & Toki (my older brother and sister).”

Kenneth did not remain talking about IRO for all of his time. It was my mind that was wandering. But I connected with him again as he had more practical advice also, admonishing the executive directors in the attendance that employees need a good pay and benefits plan, because they would have to go up against folks who didn’t have to worry about their kids getting three square meals or whether they are sick and need a baby sitter.

I was drawn into this discussion because Alice and I had learned about two-three weeks earlier that she was pregnant. I was thinking about needing a (steady) paying job myself.

Hawaiian style “Who you?” after being introduced to each other by Baishakunin (matchmaker) Lia Shigemura.

“What’s that? What consultants do?”

“I tell people what to do.”

“People pay you to tell them what to do?”

“Yes. I ask questions. I listen to what is said and not said,” she said thoughtfully. “Then I tell them what to do. I like telling people what to do. Perfect job for me.” She paused, smiled, then  asked, “What do you do?”

Knowing that she was going to listen to what I said and didn’t say, I answered, “People pay me to do what they want me to do. For them.”

“Is that working out for you?”

“Not so good. Think your way bettah. You tell them what to do, and they pay you too?

“You must be pretty good, then.”

(So cool. A non-profit organization consultant. Good fun. No giggling, shrinking violet; I think to myself, this lady one Nesan fo’ sure. And pretty damn smart. Thank you, Lia.)

Alice takes her turn after the short morning break and says in her bright but serious tone, “How to deal with yourself in a world of crap is a major part of coming to terms with internalized racial oppression.” I had a good laugh, as did a lot of others in the group.

And it started me thinking of all sorts of stuff that happened in Portland when I entered Reed College.

A serious threat with a straight razor in a Woodstock barber shop, a “just keep your Jap hands off of her,” while I was helping a little girl get back on her tricycle, got my attention. The way they were talking to me signaled something totally different, that they had a cultural pass to say whatever they wanted to with impunity. And at Reed, even minor comments like, “What language do they speak in Hawai‘i,” “I never heard that accent before,” or “You talk English funny” comments bugged me. You know, just enough to make you think you not good enough. Language is very important.

Sometimes, embarrassing. The worst: Humanities 110, a glorified Western Civ class. Lecture and small group conferences. Listen to one lecture, then break up into conferences to discuss reading and lecture materials. In freshmen orientation, we were counseled to contribute in conferences early on, because most who don’t, carry that on till the end of the term.

Conference leaders (professors) were supposed to encourage students to participate.

We were discussing Plato and Socrates, when I heard: “Mr. Shimabukuro, what do you think about that?”

“Anything,” I said to myself, “that’s what they said. ‘Just to break your silence. You’ll feel better, break the ice.’ “

Everyone w’en burst out laughing. Even the professor. “That’s a good one,” he said, continuing to laugh.

I was still partially connecting with what Alice was saying about IRO, but felt it was not addressing the concerns that I had about my personal situation. The Portland stuff did, but the Hawai‘i part seemed different. I decided that IRO was not my problem. What I had was more like Internalized Colonial Oppression. Thankfully, neither Alice nor the rest of the folks laughed when I said that. We had a brief discussion about that. After this session was over, a woman from Africa, came up and said that’s the way she felt too, so we formed an ICO caucus.

After pau college, I thought about the following “small kid time” incident often.

In Portland. In Los Angeles. And in Seabrook.

I was in the third grade, Sam was in fourth, and Roy was at R. L. Stevenson Intermediate. Ann was in first grade. I have no idea where Ned was, he was not with Mom.

We didn’t have enough food for Mom to make our lunches. Maybe she thought Toki and Roy could fend for themselves, but Mom told me that it was pay day, and she would pick up Dad’s check, cash it and buy us some hamburgers, and bring them to school for us.

At school, started to cry. No lunch. No money to buy lunch. Standing in line waiting for Mom. Mom sees me in line, hands me one of those hamburgers (Wikiburger, cheapie ones that all the kids like, but no adult would eat). I was so relieved, the only time other kids were jealous of what I had for lunch.

Mom said she had to take Sam his lunch, so she hurried off.

Talking with Sam later in Seattle, I asked him if he remembered that day that Mom brought us hamburgers and he said, “Yes, I cried because I was so upset and embarrassed about being so poor I couldn’t have lunch, and then I cried again because I was so relieved that Mom had brought me lunch.”

When I told him, “Me, too,” we both started laughing and crying at the same time. Both of us wondered what Mom must have thought.

Sister Guadalupe Guajardo tries to get everybody seated for her session. I thought APAC was the rowdiest group there so I was about to get everybody to quiet down, when R starts yelling, “Oh, oh, here comes the Sister with a ruler in her hand! Sit down everybody! And keep your hands off the table!“

“WHAP!” goes the ruler.
“That’s right,” orders the Sister! And she had everyone’s attention.

We all had a laugh and quieted down. And listened.

I don’t remember how she framed IRO but I know I listened. And carefully kept my eye on the ruler.

Bob Shimabukuro: “Zenwa, you ever hear about IRO?”

Zenwa Shimabukuro: “Not the Oppression part. But the ‘Internalized Racism,’ part, yeah.”

“Well, what does it mean?” I was trying to get a sense of what it means now.

“Internalizing our own racial stereotypes.”