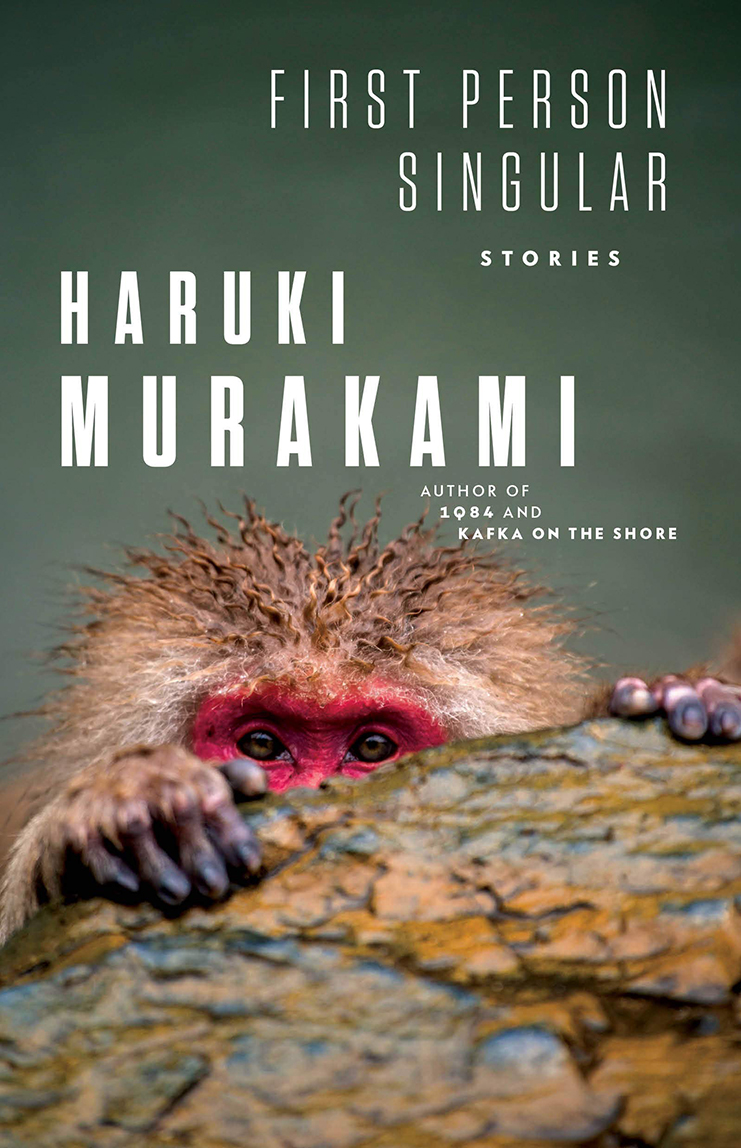 Haruki Murakami cultivated personal mystique for decades, only divulging tidbits from his private life if they were relevant to a release.  But after 14 novels, five anthologies, and three nonfiction works, the 72-year-old author is altering his approach. First, he donated a bevy of personal artifacts to Tokyo’s Waseda University, which is constructing the Haruki Murakami Library. Now, he’s debuting a t-shirt line that features some of his favorite tropes, including cats, records and men sitting in bars.

Perhaps Murakami’s transformation stems from his desire to represent the Asian experience. “After all the years that I spent living overseas, I may call myself a private person and say I can be anywhere, but increasingly a part of me wants to embrace my identity as a Japanese author,” he recently told The Guardian. “That mounting sense of urgency, the need to settle into this position, was another motivation for creating the library.” Murakami’s latest anthology, First Person Singular, demonstrates this urgency by blending fiction with memoir essay until it’s often hard to know who we’re reading about: the nameless Japanese protagonist, or Murakami himself.

Most of First Person Singular is narrated by an older man – one clue we might be reading about Murakami – who is sifting through old memories to find a purpose for his lackluster life. The protagonist loves jazz and classical music (another authorial reference), and he is torn between his physical attraction to beautiful women and his mental attraction to their “ugly” counterparts. We’re hardly surprised to learn the narrator is a writer.

Murakami’s thematic nuance keeps us from dismissing the entire anthology as a thinly-veiled memoir, however. Music especially becomes a tool for exploring relationships across gender, class and race. In “With the Beatles,” his “cute” high school girlfriend  loves easy-listening music and outranks him in school but meets a tragic end; “Carnaval” introduces an “ugly” woman who shares the protagonist’s obsession with Schumann but may or may not be crazy. “Because without masks, we can’t survive in this violent world,” she muses as she describes the story’s namesake piano piece. “Beneath an evil-spirit mask lies the natural face of an angel, beneath an angel’s mask lies the face of an evil spirit.” The Schumann aficionada leaves us wondering whether she’s really describing the schizophrenic composer or giving us yet another clue that the stories are iterations of Murakami himself.

Nevertheless, there is one story that is unmistakably collective. “Confessions of a Shinagawa Monkey” uses allegory and magical realism to confront us with injustice. The protagonist visits a remote village on business and finds himself at an inn where the attendant is a talking monkey. While the protagonist is wary of his new acquaintance, the monkey is lonely for a fresh ear and divulges that he was adopted by a childless professor at the Tokyo Gakugei University. After the professor’s death, he found himself excluded from his adopted culture – humans – as well as rejected by his fellow monkeys. Over the years he’s survived by working menial jobs that keep him out of sight since humans are embarrassed to employ a monkey. As for romance, he’s only attracted to humans, a biological problem, not to mention a social one. Our protagonist bonds with his  “friend” over bottles of beer – drinking is another of the monkey’s human habits –  and they end the evening comparing favorite symphonies. Sadly, this camaraderie doesn’t prevent him from abandoning the monkey to his isolated fate in the morning.

Perhaps what’s most compelling about “Confessions of a Shinagawa Monkey” is its geography. While “Monkey” has long been a racist epithet for Black people, Murakami’s choice to locate the story in Asia emphasizes that prejudice exists outside the United States. The story’s allegorical features also apply to any location: Are we short-sighted patrons? Grudging sponsors? Passive sympathizers? As readers, we have the ability to inhabit roles besides the ones Murakami depicts in his story.

Murakami’s memoir essays offer context for all the pieces, from “Confessions of a Shinagawa Monkey,” to “Charlie Parker Plays Bossa Nova,” and enliven the detached protagonist while somewhat detaching us from the more controversial aspects of the book. In “The Yakult Swallows Poetry Collection,” we meet a young Murakami who’s obsessed with the Yakult Swallows, then trace his failure as a poet and subsequent stardom as a novelist with the team’s startlingly similar trajectory. Murakami’s aging parents fill in what was missing in the protagonist: While he also suffered from lackluster beginnings, he lacked the most essential of all – family.

“First Person Singular”, the anthology’s namesake essay, links Murakami’s reclusive tendencies to the previous stories. Throughout the essay, he points out various antisocial ways he could have avoided his impending catastrophe, the most significant way being to ignore the “unattractive” woman who lures him into an argument. Eventually, he’s transported to a mythological city where faceless inhabitants continue her accusations of a crime he can’t remember. What began as an essay has faded into a fable.

Perhaps Murakami leaves the final piece unresolved in order to evoke the protagonist’s reflection near the beginning of the anthology:

Even if [these events] hadn’t happened, I doubt my life would have wound up much different from what it is now. But still, these memories return to me sometimes, traveling down a very long  passageway to arrive. And when they do, their unexpected power shakes me to the core.

Memory is never definite. If memory is our only metric for truth, then truth must be indefinite as well.  Cyclical narratives such as First Person Singular might have been difficult to market in decades past, but American society’s growing openness to minority literature gives hope that Asian authors will receive increasing recognition, as seen by Viet Than Nguyen and C Pam Zhang’s recent success. Now Haruki Murakami has given us a fascinating collection ranging from magical realism to memoir essay. We may not always be sure what genre of piece we’re reading, but Murakami’s creative connections ensure most of us will discover why.