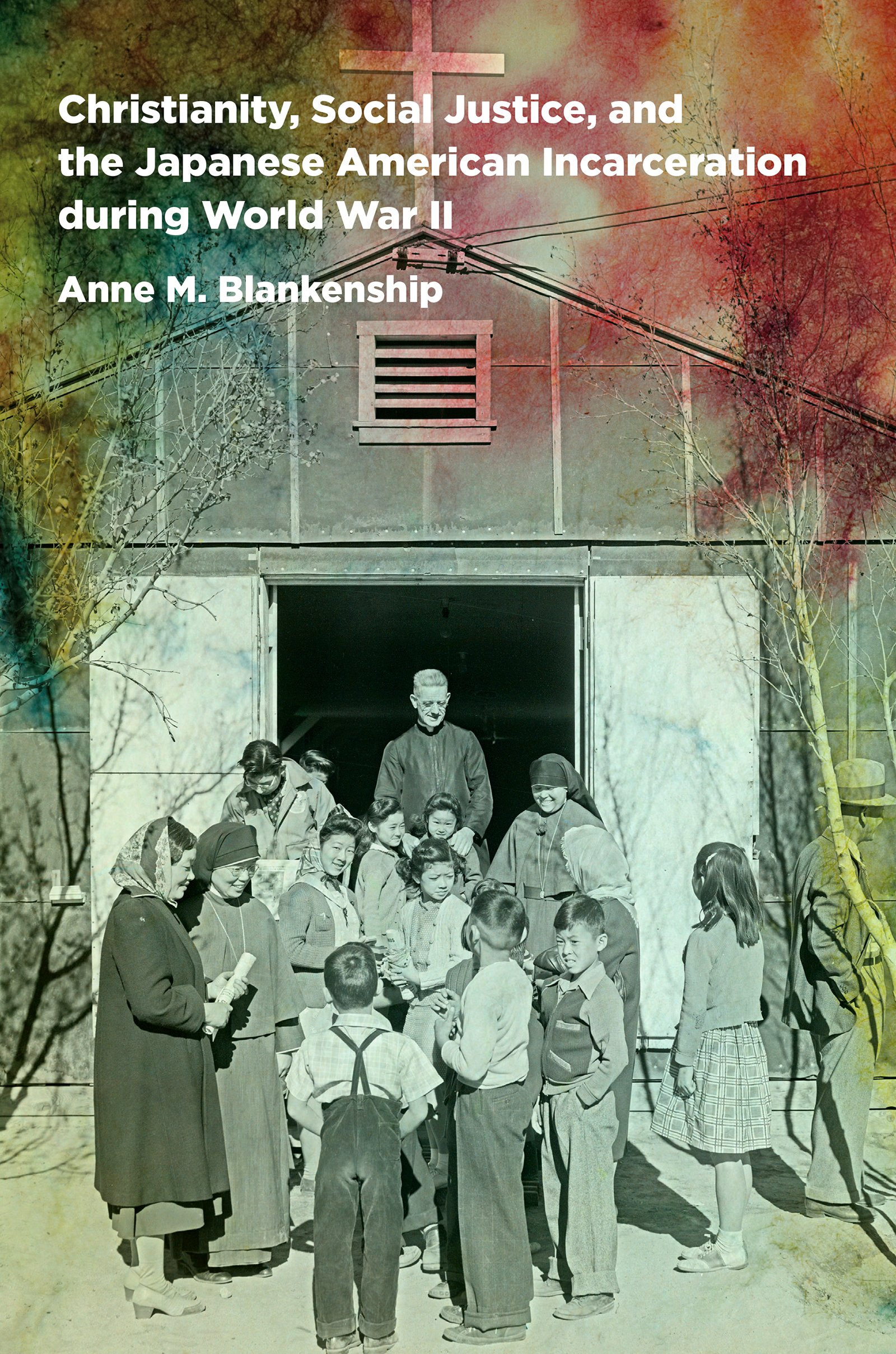 Although it might seem that a history book about Christianity and Japanese American incarceration during WWII would be a topic on the fringes, Anne M. Blankenship’s book Christianity, Social Justice, and the Japanese American Incarceration during World War II just might change that notion. The book also challenges the perception that academic history books can’t be engaging and readable.

Considering that Christianity had such a prominent role in society at the time and that America’s fighting in WWII was justified on “Christian” moral grounds — these alone might justify a book such as Blankenship’s. But the fact that 20-25 percent of the Japanese American population of the time identified as Christian and that many Japanese churches were established in the early 1900’s, nearly simultaneous to the first major wave of Japanese immigration, it is even more befitting.

In fact, Christian churches were very much part of the social fabric of the Japanese community, as were Buddhist temples, before, during, and after the war. In the years prior, both temples and churches had facilitated social and athletic clubs, Boy Scouts troops, and Japanese language schools. During the critical period of the war, Japanese Americans were confined, and churches provided a place of refuge, serving the entire community as an information portal to aspects of camp life, a place to fight boredom, and as a supply of spiritual comfort for the hardship of imprisonment and loss.

Simply put, religion and Christianity were part of the history of Japanese Americans during World War II. Although some publications have touched upon this connection, such as memoirs, Anne Blankenship’s book is the first comprehensive compilation on the topic. The book draws upon period documents, interviews, university collections and a wealth of material.

The inside look into establishing religious institutions in the internment camps provides some of the book’s most intriguing revelations, because back room dealings were difficult, sometimes contentious, and previously commonly unknown. Under the guidance of the War Relocation Authority and help from national church organizations, Protestant, Catholic, and Buddhist groups were formed.

Some revelations are unexpected. Given that the FBI after Pearl Harbor assumed the disloyalty of Buddhists leaders and that the loyalty tests starting in 1943 graded Buddhists negatively, it is surprising that the WRA and national Protestant organizers were so respectful to Buddhists in the camps. There was no intent to convert Buddhists, and overzealous preachers who wanted to do so were summarily rejected.

However, perhaps the most revelatory aspect is the modest response of Christian institutions to the moral and social injustice of the Japanese Internment. Other than the extraordinary response of certain non-Japanese individuals who stood valiantly with the accused at great cost to themselves and their families, the general response of church organizations seemed feeble and slow. The question is why?

At its best, Christianity is compassionate; at its worst, it is judgmental and inflexible. Were church leaders really unsympathetic to the plight of Japanese Americans? Did church leaders and members not see the injustice? Did racism color their views so strongly that it blinded them? Or was it zealous patriotism?

The answers are complex, and like Blankenship’s work throughout the book, they are nuanced, balanced and carefully supported. In fact, the more the complex the issue, the better and more fair the author is in handling it.

What the author does so well and makes so clear, is showing that the injustice of the internment was clear to many who were not steamrolled by the level of fear among the populace, which was substantial and pervasive, and in the end, insurmountable. The unshakable moral stand and support of the Japanese by the Quakers lends credence to this, as does the fragmented response from Protestants and Catholics.

Although the book is academically disciplined, it reads easily. Blankenship is careful to provide context for even those modestly aware of the history the Japanese American incarceration, and does so in an engaging manner for all.

Readers from the Pacific Northwest will especially appreciate the book’s focus on the history of churches in the state of Washington, as well as on Minidoka, where those residents were interned, because this history had been so well documented and preserved as compared to other places.

The uneasy relationship of the freedom of religion with politics was under duress during WWII, with the incarceration of a segment nation’s population because of race. Finally, with Christianity, Social Justice, and the Japanese American Incarceration during World War II, this history can now be much better understood.