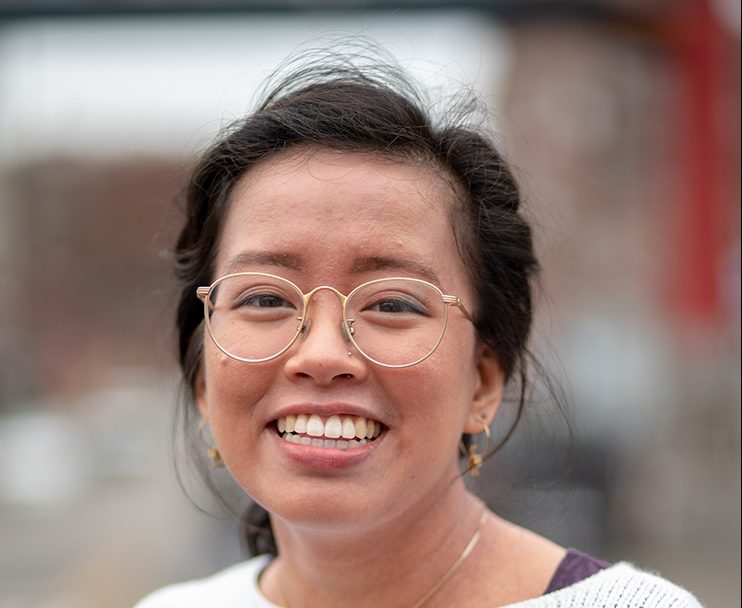 Before things pick up speed as each fellow begins their journey to find stories from their focus communities, we were given the simple task of visiting our public libraries to see what information we can find. My focus during this fellowship will be of the Asian Indian American community – which is designated as such to avoid confusion with Indigenous peoples. I’ll use the term Indian-American (for the sake of brevity) further in this article.

On a Saturday morning I visited the downtown Seattle Central Library. I received help from two extraordinary reference librarians, asking them about resources that documented the history of Indian-Americans in local media in the Puget Sound region. They offered many tips that surprised me.

I first checked out the library’s arsenal of local newspaper archives on their website. While entering key words like “India” “Immigration” “South Asia” returned few unique stories featured in the Seattle Times, there were significantly more found by community or nonprofit newspapers like the Seattle Globalist, Crosscut and KUOW. These stories were of artist profiles or cultural events and covered topics like identity and experience.

I was then led to the part of the library of old city directories and phone books. These records documented everything about the past and present city, from names of residents, to businesses to restaurants — and that with enough page-turning and browsing became an interesting challenge to search for an Indian-sounding name. One librarian also reminded me to connect with Indian-American associations in Seattle and the South Asian Studies department at UW for more knowledge.

Finally, I picked up a book that was referenced frequently in the online articles I browsed: Roots and Reflections: South Asians in the Pacific Northwest by Amy Bhatt and Nalini Iyer. This was a valuable find, and I’ll continue to read and reference this book throughout this fellowship, as it provides the detailed history of South Asian immigration in a contemporary voice that was so difficult to find in all the other resources I encountered.

This library excursion brought me a newfound amazement of our local librarians, as well as the realization that there are many hoops one must jump through to find both the history of Indian-Americans in this region as well as diverse Indian-American representation. There isn’t a straight-forward website on a search engine. A young Indian-American, wondering about their heritage, would have trouble finding this information online.

Representation in print media historically has not been too good either. I was shocked when I found a digitized newspaper article from the Puget Sound American newspaper, about the 1906 anti-immigration (mostly Sikhs) Bellingham riots titled, “Hindu Hordes Invading the State.” What was most challenging however, was sifting through contemporary media articles about Indian-Americans and attempting to identify the stories that are often old and stories that aren’t. I realized I don’t believe I’m apt to immediately answer this question. I’m not Indian-American, and don’t want to speak from a perspective that isn’t mine. There is a lot for me to learn before I feel comfortable answering this. However, I’ve been pondering certain questions that I’m simply curious about, and perhaps are missing in the media conversation about Indian-Americans in this region. These questions are drawn from my experience as a different type of Asian-American (Chinese), and themes of observation from my time in Bangalore, India.

This is only a snapshot of my growing list of questions and curiosities, but this is my starting point:

“Where and what is the history and stories of the blue-collar Indian-American workers of the region?”

“Does the caste system in India cease to exist through Indian immigration in America?”

“How does the role of religion vary among the lives of Indian-Americans, young and old? Observing the multiple Indian religious institutions in Seattle like the Hindu temples, Gurudwaras, and Indian churches, reminds of the fact that over 99% of the population in India identifies with one of six religions.”

During this fellowship, I plan to use these questions as a starting point of investigation. And maybe next, I’ll visit the Bellevue or Kirkland library to see what the Eastside newspapers are like. I hope to meet the PNW Indian-Americans of different cities, careers, ages, religions, and stories. I am excited for everyone I will meet and all that I will learn.

If you have a story from or about the Indian Asian-American community in the PNW, and would like to see it featured on the International Examiner, please email me at [email protected] I would love to connect. If you would just like to say hello, I would appreciate this too.