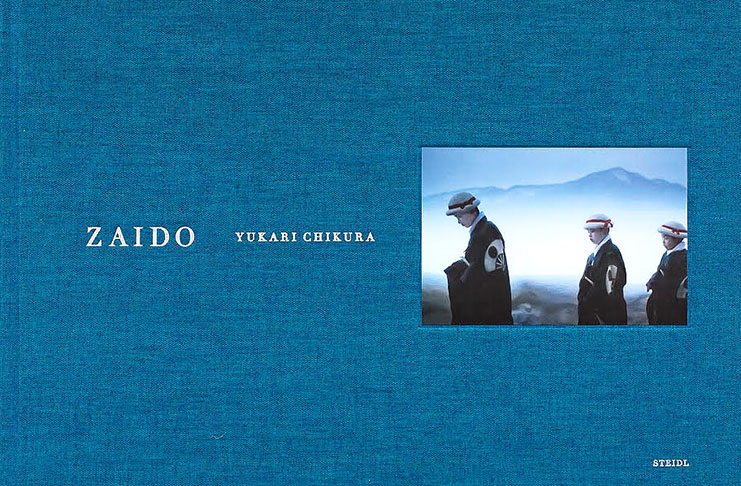 To photographer Yukari Chikura, it seemed life couldn’t get any worse. Her father had suddenly passed away from blood cancer, and shortly afterward she suffered from a near-fatal accident that injured her face and deprived her of the ability to walk. Then, when she was finally beginning to recover, her nation was devastated by the most powerful earthquake in its recorded history: the 2011 Tōhoku earthquake and subsequent tsunami that claimed the lives of over 15,000 people. Suddenly, all of Japan seemed to be echoing her own tale of pain and loss.

Overwhelmed by grief, she fell into a depression that left her unable to rise from bed. It was while in the depths of this despair that she had a dream of her departed father, who came to her and whispered, “Go to the village hidden in deep snow where I lived long ago.” Feeling as though still in a dream, Chikura boarded a train and traveled north, stepping off in a remote, snow-covered village where she beheld inhabitants from four neighboring communities gathered together to perform a 1,300-year-old ritual for good fortune—a  New Year’s festival known as “Zaido.”

Inspired by the villagers’ perseverance to keep this ancient tradition alive, Chikura began documenting the festival with a series of photographs, culminating in the creation of Zaido. This exquisitely realized photo book contains over 60 images chronicling the festival’s preparation and performance as well as Chikura’s spiritual journey toward finding meaning during times of crisis.

The book opens with an image of a village in the distance, printed almost imperceptibly on translucent paper. The photograph is repeated over the next few pages, with each print darker than the last, giving the impression of an icy mist clearing away while subtly suggesting the transition from dream to reality. The following pages chronicle the progress of the festival, from its dawn preparation to its nighttime conclusion, featuring photographs of intricate festival costumes and artifacts, villagers performing sacred dances, and austere Shinto shrines lit by torchlight. Some of these scenes are depicted in stark clarity, while others utilize a soft focus or long exposure times to lend them an abstract, surreal quality.

Employing an array of photographic techniques, page layouts, and paper stocks, Chikura and German publisher Steidl have created a unique visual display that immerses viewers into Zaido’s wintry world. The book includes both an attractive map of the region and a companion booklet recounting the legend that inspired this annual festival. Affixed to one photograph of hanging paper fortunes, readers will find a hand-folded fortune of their own, another of the countless details that elevate the book from a simple album to a shared experience between audience and photographer.

In her afterword, Chikura writes about her fears for the future of the Zaido festival. Although it has overcome threats of fires, thefts, and natural disasters, new challenges—like the declining birth rate—threaten its continued survival. “And yet,” she writes, “regardless of how many hardships they endure, how many times they fall down and get back up, there are still people willing to continue protecting [traditional culture]. It is through their dedication and the great impact it has left—and continues to leave—on me that I am able to find meaning in life again.” For everyone facing their own trials and hardships, Zaido is an inspiration, reminding us that solace may only be a turn of the page away.