Out Run is a beautifully photographed Filipino film about the only LGBT political party in the world. Determined to enact laws protecting queers in her country, transgender Bemz Benedito runs for a Congressional seat under the Ang Ladlad Partylist banner. Hoping she can help stop current, legally sanctioned discriminatory practices, she campaigns hard. Alas, the Philippines is a Catholic-majority nation and a hard-sell when it comes to accepting alternative lifestyles. Still, with her team of working-class activists including hair stylists and drag queens, the charismatic Benedito sets out to transform the country.

Founded in 2003, Ladlad, which means, “come out,” has been struggling for a Congressional voice ever since. Yet, the participants, wearing pink shirts and grasping pink balloons, are energized and optimistic they will succeed. In the streets, they stop to chat with ordinary citizens attempting to pry a vote from them. Alas, not everyone is receptive. One team member, Attorney Raymond Alikpala, displays painstaking restraint as a woman tells him to pray hard that God will make him heterosexual.

Tears and fears abound among Ladlad’s supporters while their primary opponent, an evangelic, spews anti-gay rhetoric. But Benedito’s team is organized and focused. Targeting hair salons and beauty competitions in smaller towns, they march adjacent to a pink-tinged Manila skyline that appears to glow with encouragement for their cause. 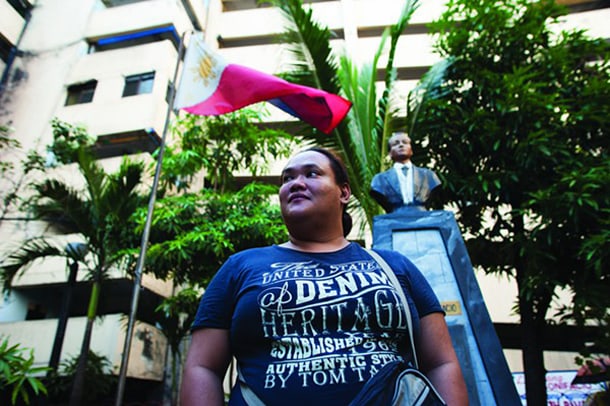 As the first wobbly notes are feebly sung in Weekends, there’s a sense that this movie must be a comedy. After all, the all-gay men’s chorus called G-Voice is clearly singing off key. Remarkably, it turns out that they know they’re bad singers, but enjoy each other’s company so much they gather every weekend to rehearse and sing—something they’ve been doing for an unbelievable 10 years.

But as the film unspools, South Korea’s first amateur gay chorus proves to be more than just about music. For instance, members write original songs based on real-life events; composing poignant lyrics about classicism, poverty, a friend’s death, angst about being gay, being alone, or not being loved. Led by a somewhat reluctant director, G-Voice features men of varying ages and backgrounds who all nurse a particular personal issue. Living in a predominantly Christian country that rejects homosexuality as being a sin, the singers suffer in indignation over isolation from their families. Some have parents that refuse to acknowledge their sexual preferences or, like one member (a doctor) rejected his own gay orientation until he was well into adulthood.

Like silly teens, the men also discuss their love lives in cringe-worthy personal details. Yet when they perform at the first gay wedding held in South Korea and are viciously attacked, they stand strong and bravely sing anyway.

Strike a Pose is another documentary about gay men and music, but this time the spotlight shines on six of seven former dancers whom Madonna handpicked for her 1990 Blond Ambition Tour. Because they were featured so prominently on stage, the performers became almost as famous as their celebrated blonde boss.

Among them is Kevin Stea, who is half Chinese and, according to Wikipedia, was born in Hollywood but attended high school and college in Singapore. Although Stea shares equal billing with the other five dancers featured in this film, he stands out as one of three who ended up suing Madonna’s company over the 1991 documentary they made called Truth or Dare. Based on the 1990 tour, that film broke barriers by showing a passionate onscreen kiss between two of the dancers.

Obviously, the lawsuit and consequent settlement damaged Stea’s relationship with Madonna, but not so his career. As a dancer, choreographer, actor, model and more, Stea has done quite well since then. Unfortunately, the same can’t be said about some of his fellow dancers who ended up on drugs, or contracting HIV, or never earning enough money to make a decent living, or even dying like one of the original seven did.

As each man tells his own story of what it was like sharing the stage and a friendship with the legend, it’s apparent that some have regrets while others have come to terms with themselves 25 years later. Having danced during an incredibly transformational time in musical history and pop culture, they seem happy they’ve survived long enough to reunite. 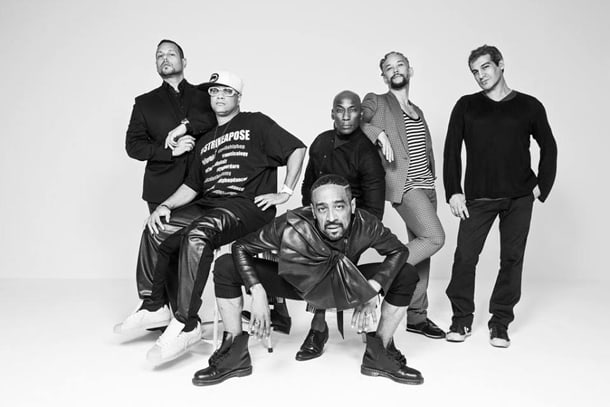 Although the testosterone-driven narrative Operation Mekong is based on a true story, it’s probably fair to say that the real deal didn’t involve quite the blatant bloodshed and public shoot-outs in the streets as portrayed in the picture. It all starts when 13 bodies are discovered with 900,000 methamphetamine pills in an area where three countries (Laos, Myanmar, Thailand) meet on the Mekong River. Called the Golden Triangle, it’s a haven for traffickers who exploit local mountain folks and force them to grow opium.

Soon, China takes the lead by sending in elite forces—including an intelligence officer and a narcotics detective—to catch the bad guys. While the smug-faced Fang Xinwu (Eddie Peng, Rise of the Legend) has a very personal reason for seeing that a notorious dealer, Naw Khar, is put away for good, Captain Gao Gang (Zhang Hanyu) wants the job done right.

Besides displaying incredibly high production value with amazing cinematography, this film also attempts to touch on the plight of impoverished ethnic minority groups living in the hills and being prey to tormenting drug cartels. Child soldiers are force fed drugs until they’re so addicted they take them on their own while playing Russian roulette with live rounds for entertainment. 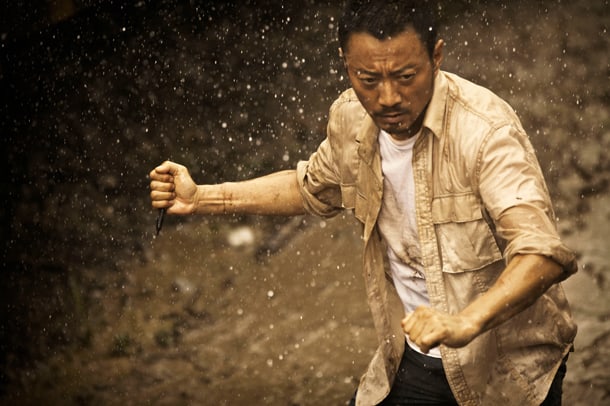 ‘Out Run,’ ‘Weekends,’ and ‘Strike a Pose’ screens at TWIST, October 13 to 23. For more information, visit www.threedollarbillcinema.org/2016. ‘Operation Mekong’ opened September 30 at the Regal Meridian 16.