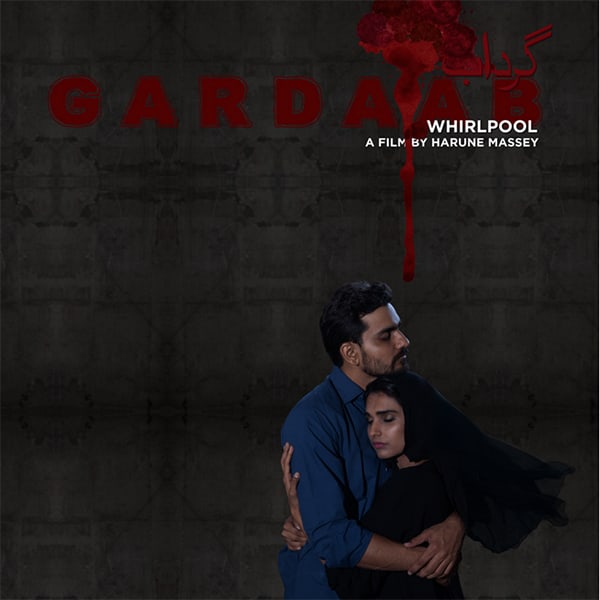 Gardaab is the Urdu word for “whirlpool.” It’s also an accurate description of a narrative film with the same title. As soon as the betrothed daughter of a Pakistani druglord shows interest in the protégé of her father’s enemy, it’s obvious things aren’t going to end well. Indeed, as events intensify near the film’s end, it’s advisable to watch through fanned fingers. One restless night, a gang of rebellious Karachi drug dealers crash a party hosted by their rivals—held at the aforementioned daughter’s family home. Dragging along their brooding friend, Shahbaz (Fawad Khan), the men sneak into the segregated male section of the house. Meanwhile, Shahbaz wanders away and discovers where the women are; drinking alcohol-spiked lassis. Upon meeting Parveen (Amna Ilyas), he’s instantly smitten and begins pursuing her not realizing that she’s his nemesis’ daughter. As they begin meeting covertly and falling deeply in love, Shabazz discovers Parveen’s family ties even while hiding his own terrible secret in fear of destroying their relationship. Complicating matters are Parveen’s chauvinist criminal father, her authoritarian brother who suggests an honor killing, and her bully of a fiancée.

It takes a good 10 minutes of viewing Cities of Sleep, before the realization hits that this documentary is not fiction. That’s how dramatic real-life characters appear in this hypnotic film about finding a place to sleep. Imagine spending every night wandering around a boisterous city in search of a clean and safe space to rest. The body and mind requires it, yet urban homelessness dictates otherwise. Under the Loha Pul, a two-tiered iron bridge near the Yamuna River in Delhi, up to 150 people sleep in a cinema run by Ranjeet, who explains that movies facilitate sleeping. Then, there’s Jamal Bhai who provides rental cots and blankets, and sells chai and snacks, in Old Delhi’s Meena Bazaar. Meanwhile, a beggar, Shakeel, is desperate to locate sleeping quarters before the onset of the cold and rainy winter. With incessant horn honking and the deafening roar of overhead vehicles traveling on Loha Pul, it’s a miracle anyone can sleep at all.

At six years old, Dinesh Sabu became orphaned when his father died of cancer and, a month later, his mother succumbed. Raised by two older sisters, who also cared for his two brothers, Sabu had no memory of who his parents were. So, he set out to make the documentary Unbroken Glass. In the course of filming, what he learns is so traumatic that one of his brothers unequivocally refuses to speak on camera. With a father who earned a PhD and a mother who was accepted to medical school, Sabu is shocked at recalling being left at home alone as a toddler in front of the TV. Further, growing up in Albuquerque, he yearns to know his roots and travels to India because, among other reasons, he says, “I did not even know if I was pronouncing my name correctly.” 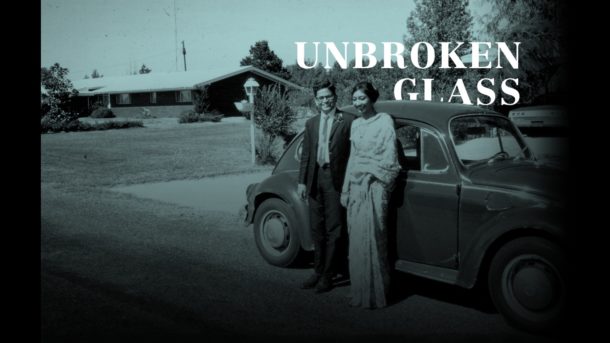 Tackling issues of sexism, several men read aloud the experiences of females in the documentary Recitations Not from Memory. Surprisingly, their resounding male voices add an eerie tone to their complaints of being ogled, inappropriately touched, or deflecting unwanted sexual advances. In neutral settings like Bangalore office spaces, the men express their outrage at patriarchy, making a clear case for empowering women.

In the Bangladeshi narrative, The Cart, two impoverished brothers (although one looks healthily plump) resort to mischievous thievery so they can buy parts for a cart to win a race. Their put upon single mother struggles at keeping them home for the summer while she works—even beating them with switches for disobeying her. But boys will be boys, and the two are determined to win the cart race. Like a NatGeo series, gorgeous photography permeates this idyllic romp through rural life. As the brothers cavort in a field of golden sunflowers against emerald palm trees standing like windmills, they emanate visual poetry.

Waiting is the story of Shiv (Naseeruddin Shah), a retired professor whose wife of 40 years slipped into a coma while he was at a soccer match. Tara (Kalki Koechlin, “Margarita with a Straw”) is a young newlywed whose husband is unconscious following a horrible car accident. The two meet at the hospital where a cold-hearted doctor dictates the fate of their spouses. In this narrative, two vulnerable friends find their power by becoming decision-makers for their voiceless loved ones.

Mithu (Noor Imran Mithu) has nightmares of ants eating his face. The protagonist in the narrative Ant Story, he’s an anti-hero fumbling one situation after another. Living at home in the ’burbs, the college grad finally lands a job—in multi-level marketing. But when Mithu buys the stolen cell phone of a famous Bollywood actress (Sheena Chohan), he invites trouble by bribing her over the nude photos stored in her phone.

A newly released documentary on Netflix, Sky Ladder: The Art Of Cai Guo-Qiang” is a fascinating portrayal of the man who creates art with explosions. That is, fireworks. This dazzling yet structurally sound film about a Chinese pyrotechnical artist provides the viewer with a visual feast while examining his political and personal motivations. A darling of the modern art world, Cai wears a perpetually sunny smile and cherishes his supporters, including his devoted wife, other family members, his Japanese business partner, and his all-female team of assistants. After failing three times over 20 years at creating a 1650-foot ladder to the sky before his sick grandmother passes away, Cai enlists the help of the entire village of Quanzhou where he grew up. The result, a gorgeous and fiery ladder connecting earth to heaven, is so spectacular that it defies description.

‘Sky Ladder: The Art Of Cai Guo-Qiang’ is on Netflix beginning October 14.