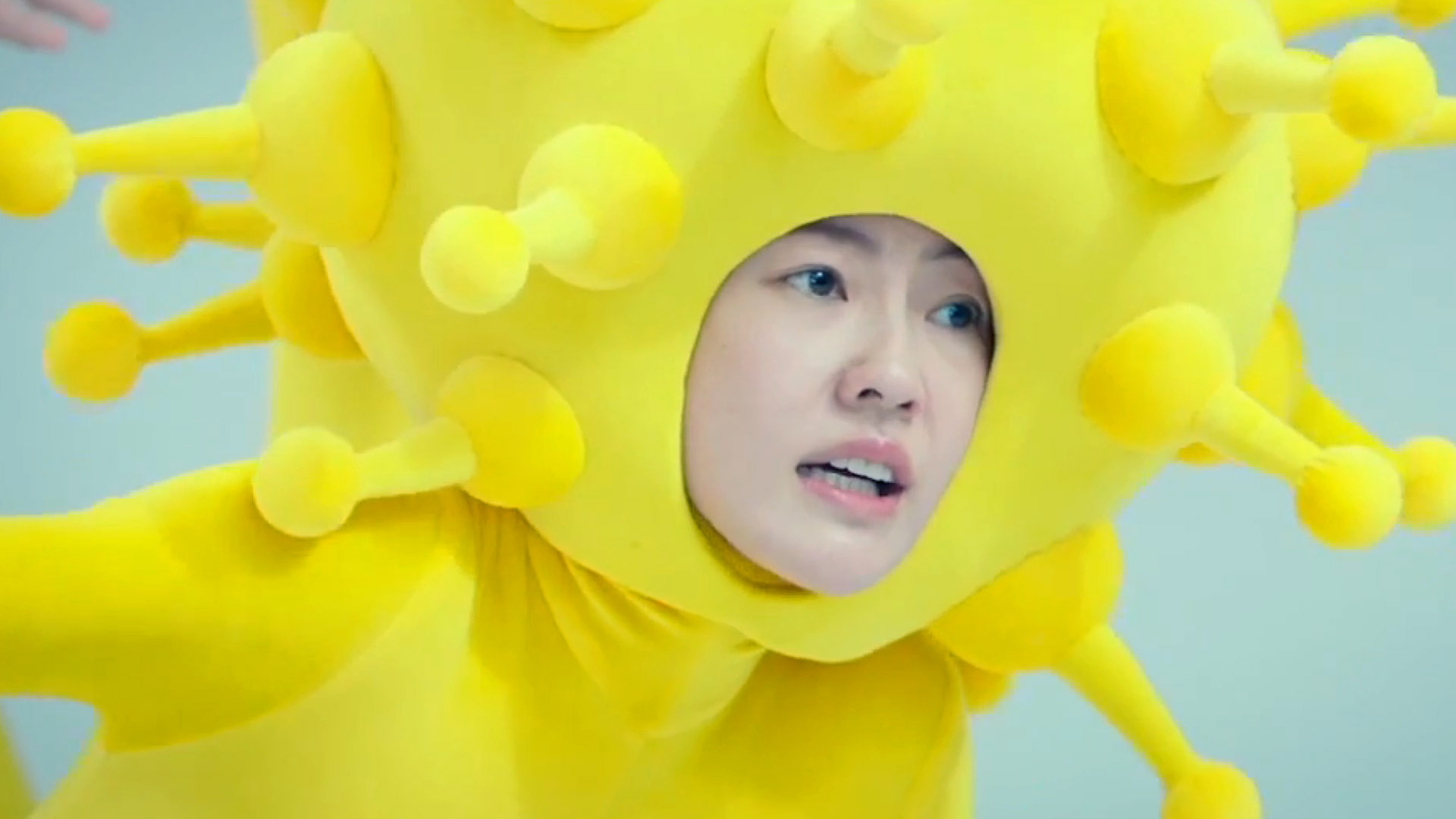 With the Seattle International Film Festival going full force, there are a lot of movies to be seen on SIFF screens through June 11. There are also several new theatrical releases.

One of them is Didi’s Dream, a Taiwan-China production. In a galaxy far away, Chun Mei (Dee Hsu) makes soup noodles in a state-of-the-art space station filled with neon, psychedelia, and friends in glittering metallic costumes.

Depending on her mood, Chun Mei’s soup changes flavor, and after she’s dumped by her lover it’s downright bland. But just as a handsome astronaut gets her attention, Chun Mei awakens and becomes Didi (Dee Hsu), a comic actress who can’t catch a break as a dramatic performer. Instead, she’s constantly being sent to audition for commercials where she has buckets of water lobbed at her, or feature films where she plays a vampire who’s beaten bloody because she won’t die.

Didi’s kind and supportive boyfriend (Jin Shijia) does his best to encourage her, but she feels defeated especially when she learns she has a major health issue. Meanwhile, Didi’s celebrity sister, LingLing (Lin Chiling), is a glamorous star whom she had a falling out with years ago. But when the tabloids suddenly air accusations that LingLing’s dating a married man, her PR team decides the two sisters should make a movie together to circumvent the gossip. Didi is torn between finally getting recognition co-starring in a big budget period piece or not giving in to LingLing. And, of course, there’s that little matter of a huge disease that’s beginning to affect her. So Didi dreams of a faraway galaxy, psychedelia, glittering metallic, and a soup that an astronaut would enjoy. Directed by former TV show host Kevin Tsaii, this film stars his ex co-host, Dee Hsu, a hugely popular actress in both Taiwan and China.

In the sweeping period piece God of War, General Qi Jihuang (Vincent Zhou) goes after Japanese pirates infiltrating China’s coastline in the 16th century. After his superior, Commander Yu (Sammo Hung), is unsuccessful in his campaign against them, Qi patiently cuts through excruciatingly bureaucratic red tape to locate and train local miners to become fierce soldiers. He even outfits them with new shields that actually deflect bullets.

Meanwhile, the pirates, a gang of unruly ronin, are led by strategist Kumasawa (Kurata Yasuaki) and a temperamental high-ranking samurai related to the shogun, Yamagawa (Koide Keisuke). Because of his upbringing, Yamagawa is unbelievably aghast at the ronins’ low-class behavior not getting that they’re in it for the money and not the honor. This Ming Dynasty epic is told through several significant battles, but also spends some time with General Qi at home with his tough-minded wife (Wan Qian), who can swing a sword as well as any man. Her skills come in handy later when Qi is forced to leave his hometown of Xinhe under her watch as he attacks the pirates in Taizhou. Hong Kong director Gordon Chan mixes martial arts with historical facts, shooting lots of close-up, hand-to-hand battles with a cast from China, Hong Kong and Japan.

‘God of War’ opened June 2 at Regal Cinemas Meridian 16 and at SIFF.

Meanwhile, over at SIFF, the intriguing Soul on a String from Chinese director Zhang Yang makes a remarkable appearance. Guori (Zerong Dages) belongs to a Tibetan tribe that mandates a family’s son must exact revenge on any man who kills their father. The problem is that Guori keeps killing the wrong men, all who share the same name as the one who murdered his dad. Now the wrongly killed men’s sons must come after him and his brother Kodi (Lei Chen) for payback.

At the same time, another man with the same name, Tabei (Kimba), a hunter, kills a deer and finds a sacred stone in its mouth before being struck by lightning. After he’s brought back from the dead by a lama, Tabei’s told to deliver the bead to the Lotus Master at a holy mountain shrine in order to absolve his sins. As he makes his way there, Tabei is joined by a woman, Chung (Quni Ciren), whom he uses for sex and her cooking skills while she proclaims true love and a desire to have his child. She, in turn, finds a mute dwarf, Pu (Yizi Danzeng), who uses his psychic abilities as a GPS unit. At the film’s opening, a little girl says she wants to reincarnate as a deer before falling from a cliff. Upon landing, she begs for “a palm print of the Lotus Master.”

Unravelling like a slow-paced western, this film is ostensibly about a spiritual quest. Nonetheless, it features a man in cowboy hat with a German shepherd crossing the limitless open spaces in pursuit of Tabei. Two others want to steal the sacred bead from him, while the two brothers have their own reasons for stalking Tabei. Lingering shots of the majestic Tibetan countryside are nothing less than stunning.

From China, comes The Door. An auto mechanic, Cheng Tianle (Jiang Wu), lives in a world full of color, but he’s unhappy. His work is drudgery and big-shot customers with money and status tell him off with a warning: “Don’t go beyond your depth.” At home, he and his wife seem unable to conceive the child he desperately wants, although both have been tested and proved to be fertile.

One drunken night, he meets an old man who slips him an old fashioned key that opens a door in his apartment. Suddenly, Tianle’s world is black and white, yet so much richer. Finding himself the CEO of an automobile company, he is served gourmet food which doesn’t suit his palate like the simple porridge he’s used to. His office is high-tech, his garage filled with luxury cars, and gorgeous women are now attracted to him. But so are bullies, gangs, and thieves. Now, Tianle must decide if he was better off in his world full of color.

‘The Door’ screens at SIFF on June 8 and 9. Visit www.siff.net for more info.