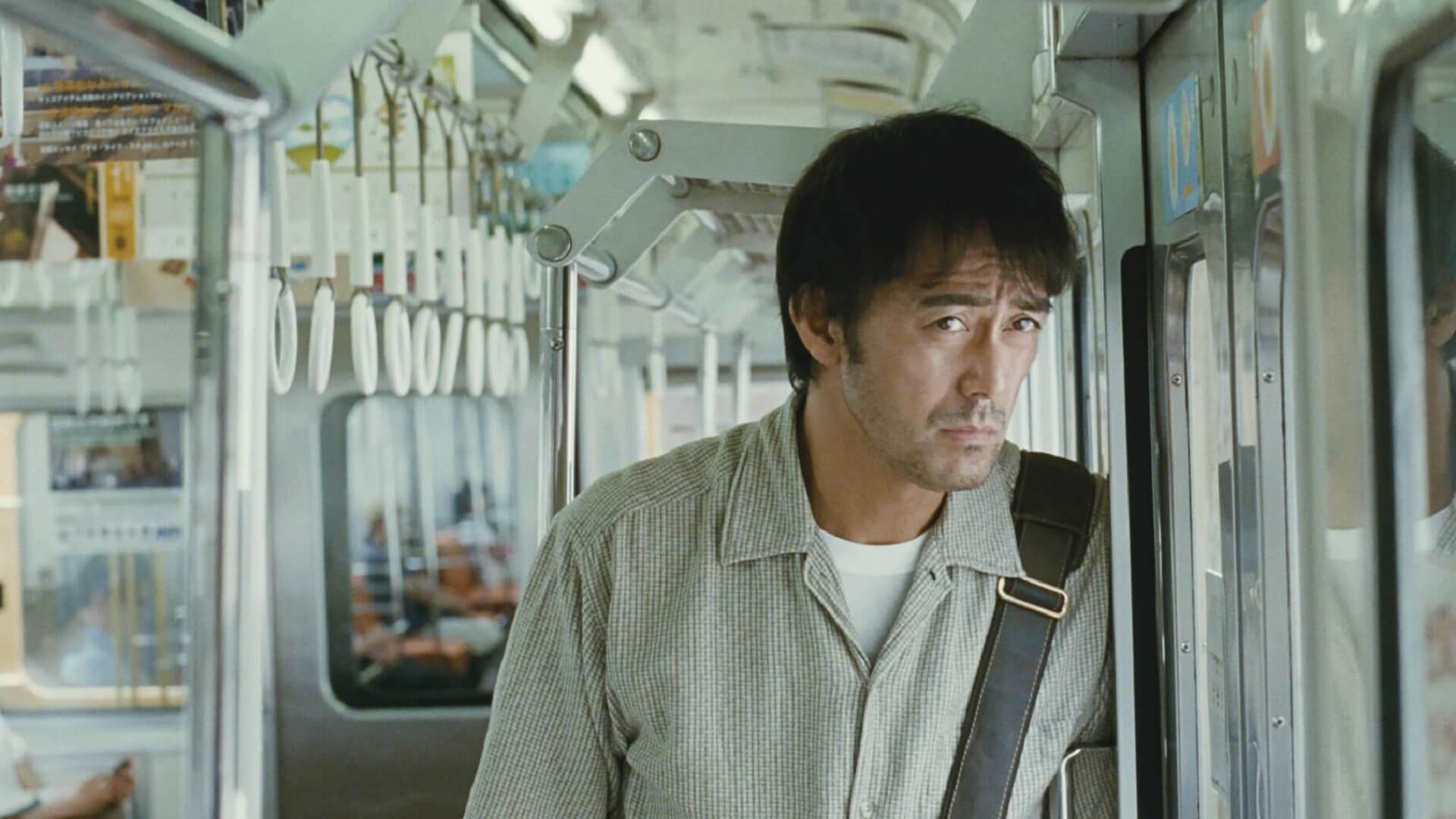 Fans of Japanese filmmaker Kore-eda Hirokazu will rejoice as the 43rd Seattle International Film Festival unspools his latest, After the Storm.

A typhoon is headed straight to where Ryota’s (Abe Hiroshi) fragmented family lives in a small town in Tokyo Prefecture. At 40-something, he feels like a failure. Even though his one published novel garnered him some recognition in the past, he’s never been able to parlay his prize-winning status into any real earnings.

Finding himself working at a sleazy detective agency, spying on cheating spouses, Ryota stretches his paycheck by blackmailing his company’s clients. Shaking down victims along with his young co-worker (Ikematsu Sosuke), Ryota begs his sympathetic colleague for money to placate his gambling addiction.

Meanwhile, he’s way behind on child support and his ex-wife (Maki Yoko), who has clearly moved on with a new boyfriend, has influenced their son Shingo (Yoshizawa Taiyo) to rebuff Ryota, too. Ryota’s sister also has disparaging remarks for him, although he counters that she’s hustling their mother to finance her daughter’s figure skating pursuits.

Surprisingly, it’s their mother Yoshiko, still babying Ryota, who’s the most forgiving of everyone—even as she struggles as a result of her dead husband’s reluctance to behave like a responsible family man. Doting on her ungrateful adult children, Yoshiko lives in an apartment so compact that whoever sits at the kitchen table has to duck every time she opens the fridge. Played skillfully by Kiki Kirin (Sweet Bean), Yoshiko is such a captivating character she nearly upstages Ryota. As the storm outside rages, Ryota, his mother, his ex-wife and their son all huddle together under one crowded roof confronting their conflicts.

Director Kore-eda, who’ll be attending SIFF, has had a string of Japanese language crossover hits with Afterlife, Nobody Knows, I Wish, and Like Father, Like Son. With his aptitude for creating authentic middle-class Japanese families, he turns the ordinary into something quite extraordinary.

The first radio rap song that became a major breakthrough was 1979s “Rappers Delight” by the Sugarhill Gang. Before that, rap was limited to street parties in the Black neighborhoods of New York City. Together with break dancers, deejays scratching records on high-tech turntables, and graffiti artists spray-painting old buildings, rapping emcees were just another element of Hip Hop culture. But once that genre of music became commercially successful, record labels sought out artists while youths of all races responded.

In the documentary Bad Rap, four Asian American rappers show off their skills while recounting their hardships of striving to be accepted in a mostly black field. Dumbfounded is a freestyle stage battler. Rather than producing slick music videos like fellow Asian rapper Rekstizzy, he prefers to trade insults onstage with an opponent. In this case, his rival attempts to humiliate him by slinging hurtful Asian stereotypes, but Dumbfounded comes back cool—spitting filthy lyrics that point out his competitor’s much shorter stature.

As for Queens native Rekstizzy, he embraces the gangsta look. At a backyard video shoot, he directs scantily-clad young women to shake their booties while he squirts ketchup and mustard on their buns. Then, there’s Lyricks, whose religious beliefs keeps him from being an edgier rapper. He’s even told by an A&R agent to lose his outdated name. Finally, Awkwafina, a “diminutive Asian woman” as she describes herself, is most likely to succeed and not because she’s a better rapper than the other three. But, according to the others, she’s a female in a male-dominated industry that views Asian women as submissive and exotic. Interestingly, Awkafina’s hit song, “My Vag,” borders on the misogynistic with rhymes declaring her vagina superior to her adversary’s, whom she refers to as “bitch.”

The contrast between home and work is stark among the four hopefuls. When Dumbfounded visits his sweet mother in LA’s Koreatown or when Lyricks helps his immigrant parents in their Fairfax Virginia dry cleaners, it’s uncertain if they’re wasting their time pursuing a career in Hip Hop, that’s now 40 years old. Director Salima Koroma suggests, but never quite confronts the mostly unspoken question that lingers; is being Black a requirement for being a legitimate rapper? As for accusations that Asian American rappers are appropriating someone else’s culture, didn’t the highly successful Rolling Stones mimic James Brown?

‘Bad Rap’ releases May 23 on all major platforms.

One of the worst acts of genocide occurred when the Khmer Rouge killed nearly 1.7 million Cambodian civilians. While the documentary Angkor Awakens: A Portrait of Cambodia doesn’t reveal much that we don’t already know about those atrocities, it does bring into view impossibly intense close-ups of its victims. Some of them weren’t even born in 1975 when communist leader Pol Pot ordered mass executions of citizens who were considered educated or bourgeoise. Still, those offspring are consumed by the horror stories of their parents and grandparents. Tearfully, they (and others) recite them in some 149 interviews along with accounts by current prime minister Hun Sen.

Director Robert Lieberman points to his life as a Jewish Holocaust survivor as the impetus for telling the tales of Cambodia’s victims. Recounting the series of events that propelled the Khmer Rouge into power, he provides chilling details of how they transformed themselves from saviors who fought colonialism during the Vietnam conflict to becoming bloodthirsty butchers obsessed with killing their own people for infractions, both real and imagined. Paranoia ran so deep that children would turn against their own parents to avoid execution. Featuring gorgeous, almost surreal, scenery of the once war-ravaged landscape, this film also proposes that the future be solemnly considered because, besides losing their educators, Cambodia also has the youngest population in Asia—children left behind without the wisdom of their elders to guide them moving forward.

‘Angkor Awakens’ opens May 26 with special appearances from the director. For more information, visit www.facebook.com/events/1477231355685095.