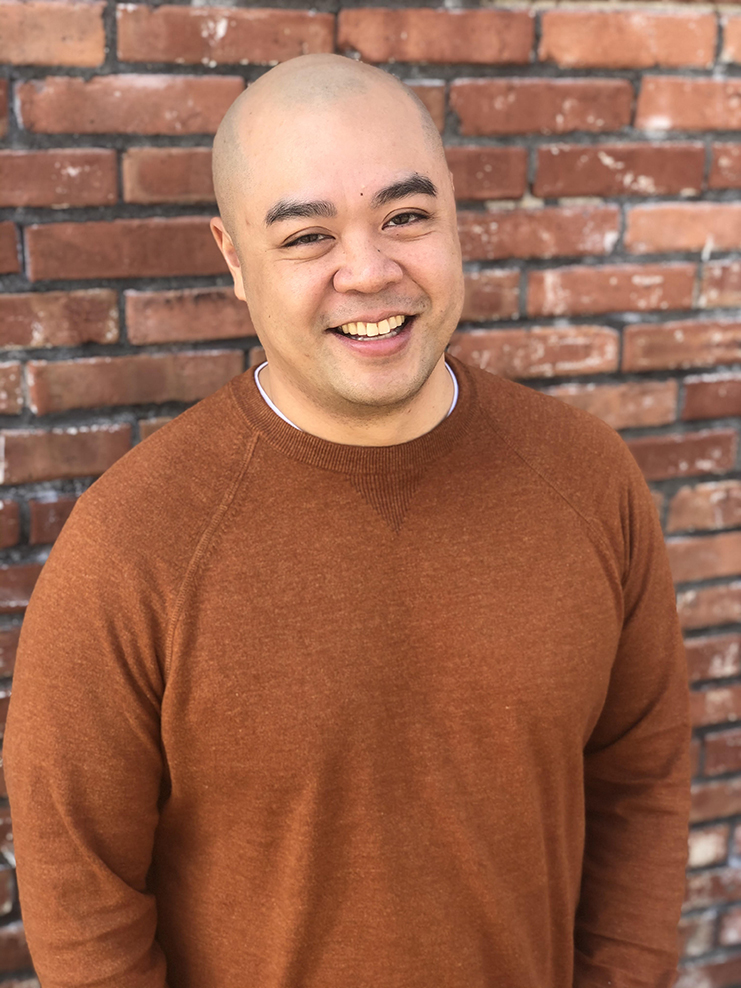 Martin Tran is a busy man. By day, Tran serves as one of two Program Managers at Shunpike, a local arts service organization that provides fiscal sponsorship and other services related to the business of being an artist. And in his spare time, Tran is also a filmmaker who helps facilitate the presentation of film to expanding audiences.

Tran’s fascination with film began at an early age. “I didn’t really go to the movies much when I was a kid, except for when my uncle took us and the cousins,” he remembered. “So already, that rarity made it special to me.”

The movies themselves kept Tran interested. “The experience itself, how it was larger and louder than life, how it took over your senses, I loved it,” he said. “When I got older, I started going to the movies on my own, and haunting the aisles at Blockbuster pretty much every week.”

He began to make films, including Phởmily Feud and American Girl, and became an organizer who helped revive the Seattle Asian American Film Festival (SAAFF), serving as Co-Director for the last four years. “Vanessa Au and Kevin Bang revived the Seattle Asian American Film Festival back in 2013, and I came along for the ride,” Tran recounted. “After a few years, life pulled them away from the running fest, with Kevin moving to New York and Vanessa preparing to welcome her son Koji to the world.”

Tran wanted to provide the continuity that SAAFF needed. “Earlier iterations of the festival in the 80’s and 90’s all folded when the founders had to move on, and I loved the festival too much to let it happen again,” he said. “Basically, while at a party I got in my feelings and texted Vanessa asking, if I took it over, could it go on? Thankfully she said yes.”

SAAFF, Tran believed, was important to the film community. “SAAFF brings creatives together who were told by society, and probably their parents, that there wasn’t an audience for their stories,” he said. “F that. We’re here and we’ve got things to say, and we’re going to support each other as we do it.”

The biggest challenge has been the time commitment. “The all-volunteer SAAFF team has always been so talented and passionate, and the community really supported us all,” Tran said. “After I stepped down in 2019, Ellison Shieh and Victoria Ju took over. They guided and grew SAAFF through the Pandemic and into SAAFF’s 10th year. That’s incredible!”

Now, Tran is also Co-Producer on the upcoming Vanishing Seattle web series. “It’s been amazing working with Vanishing Seattle Founder and Co-Executive Producer Cynthia Brothers,” Tran said. “I’m just glad she was down to work with me to supplement her photos and written word with short films.”

Making these films allowed the team to delve more deeply into stories about specific spaces and neighborhoods. “I co-directed one of the shorts about Bush Garden with Ellison Shieh and Chris Woon-Chen,” Tran said. “Every neighborhood has their version of Bush Garden, a spot that’s as synonymous with the neighborhood as the Space Needle is to Seattle.”

But Tran asserts that we should do more than just remember these spaces. “When we lose those spaces, we lose a part of the city’s soul,” he said. “So let’s fight for them. Spend your dollars at the small business. Show up to ISRD (International Special Review District) and city council meetings.”

Tran also directs some of this passion into his job at Shunpike, which he joined Shunpike three and a half years ago to manage ACES, the Artists of Color Expo & Symposium. “It’s a two-day annual event that brings together BIPOC artists of every discipline,” Tran described. “I really wanted to take it on because I love to see marginalized artists and communities come together.”

He finds ACES to be healing and inspiring, but it’s not the only such project he’s working on, because he’s also coordinating the second phase of Seattle Restored. “It is a program of the Seattle Office of Economic Development, that’s co-facilitated by Shunpike and Seattle Good Business network,” he said. “Our goal is to revive Seattle neighborhoods with creativity and commerce by filling vacant commercial spaces with art exhibits and small businesses. We hope to change the landscape and give people opportunities that may have been denied them in the past.”

From his time at SAAFF, Tran came to believe in the power of art to reflect, unite, and empower our communities. “I saw untold stories up on the screen that reflected the lives of our audience members,” he relayed. “I saw folks unite over their love of film and go on to build together, be it films or families. There are at least three married couples who met via SAAFF, including myself!”

Tran feels compelled to do so much for the arts community because film has done so much for him. “Film has been a way I bond with my siblings,” he shared. “Kept me company when I felt alone. Made me think about life in different ways. Got me hyped. Made me plain old laugh.”

And film touches his brain as well as his heart. “Probably more than anything, it helps me make sense of the world,” he said. “I think at the end of the day, I just want to understand people more through their stories, and to share my own.”