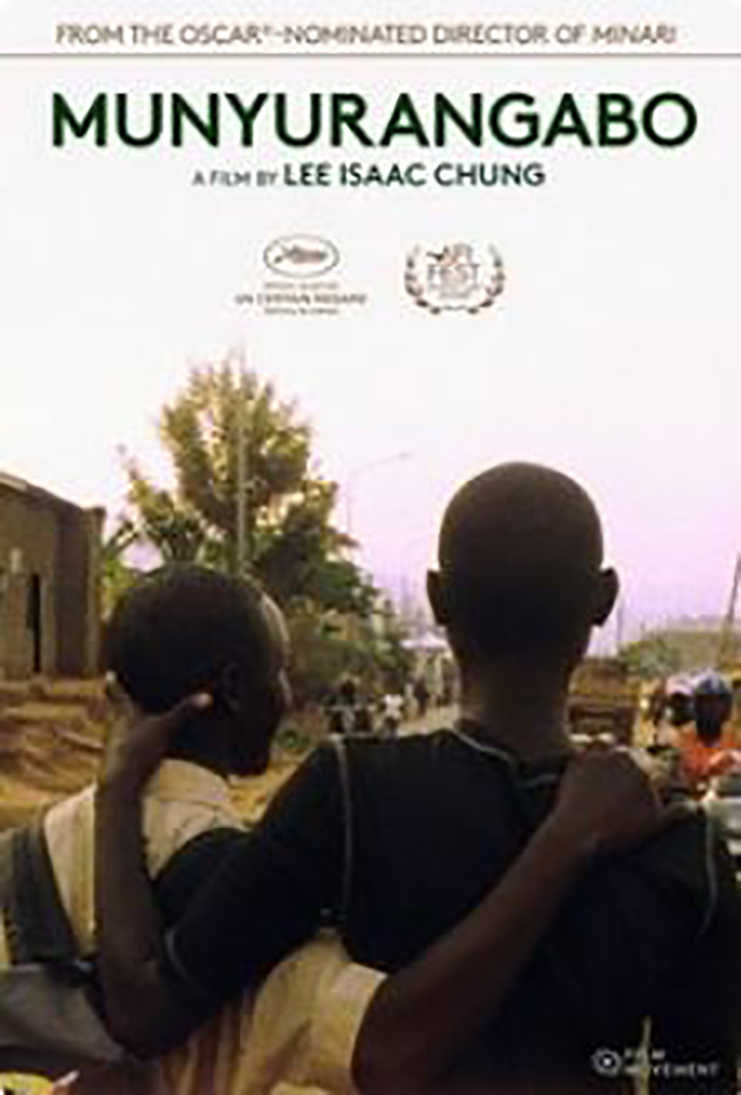 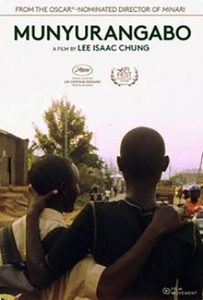 Anyone wishing to explore Lee Isaac Chung’s films – director of Oscar nominated Minari – need look no further than the three-disc trio, Munyurangabo, Lucky Life and Abigal Harm (2012) released by Film Movement. Moving, confounding and sometimes frustrating, the films are the work of someone grappling to show all the ways we crave connection.

Munyurangabo (2007), the most accessible film of the three, depicts teen friends, one Hutu and the other Tutsi, whose friendship reflects the residual trauma of the 1994 genocide in Rwanda when extremist Hutus slaughtered Tutsis. Don’t let the last sentence put you off. Despite their ethnic differences, the boys are tight. Some of the loveliest scenes in the film depict their linked arms as they trudge the verdant countryside from the capital Kigali to one of the boy’s home village.

Not everyone is ready to move on. Indeed, the hard words from father to son and the friend when they finally meet is a blatant example of the difficulties inherent in forgiveness. The boys’ friendship threatens the fragile peace where the question of reconciliation wars with hate and duty. Will it tear them apart, or do the boys represent the future? The real reason for the journey hinges on the question the film asks: When do you let go after a horrific conflict so that you can find peace?

Chung used local actors and a crew pulled from students from a film course he taught in Rwanda. He draws beguiling performances from the actors who he worked closely with to make certain the performances would be culturally authentic. An underlying humanism imbues the story and the results paid off. The film premiered in the Un Certain Regard section at the 2007 Cannes Film Festival. An amazing outcome for a debut film.

A beach-side setting offers a vastly different but equally beautiful landscape for examining friendship and connection in Chung’s Lucky Life (2010), the title an ironic comment on college buddies who reunite yearly in an attempt to keep their connection solid. The relationships between the men, including a newlywed, become strained with the revelation that one of them may not return due to a verdict of terminal cancer. They step around each other, careful to not offend the sick friend.

The impending stormy weather along the southeast coastal town plays nicely as a backdrop to the angsty vacationers as they grapple with the possibility that this may be the last trip for them as an intact unit. While their affluent life is a stark contrast to the boys’ existence in Munuyrangabo, both speak to the need for companionship that transcends the wreckage that life brings.

Unfortunately, Chung indulges in too many shots of brooding landscape and friends looking pensive. It undercuts the quiet scenes of togetherness by pushing it in the realm of cheap sentiment; more discomfit about engaging with a dying friend than sadness about his impending death.

The final film in the disc set, Abigal Harm (2012) may be the most challenging to watch. It’s poetic and dreamlike which is probably apt. Abigal, the title character, lives in a cramped apartment isolated from family but awash in stories as a reader to the partially sighted and blind. It is stories that lift her from her lonely life. A Korean folktale, The Woodcutter and the Nymph, inspired Chung to explore a romance between Abigal, a middle-aged woman, and a mysterious otherworldly man who she entraps into falling in love with her. Or something resembling love.

The inability to communicate with her lover, who seems intent on escaping her apartment, results in an awkward dance between the two, not the least of which begs the question of consent. How do you ask for love? Will it be real and lasting? Unfortunately, Amanda Plummer’s brilliant performance as Abigal can’t save the tedium of the overly long poetic scenes flitting amongst a broken building looking for a broken love to fix a lonely life.

If you enjoy watching a filmmaker explore and experiment with his craft regardless of whether the films are successful – better to try and maybe fail, not unlike making connections – then these films will reward you. Chung is a filmmaker to watch.