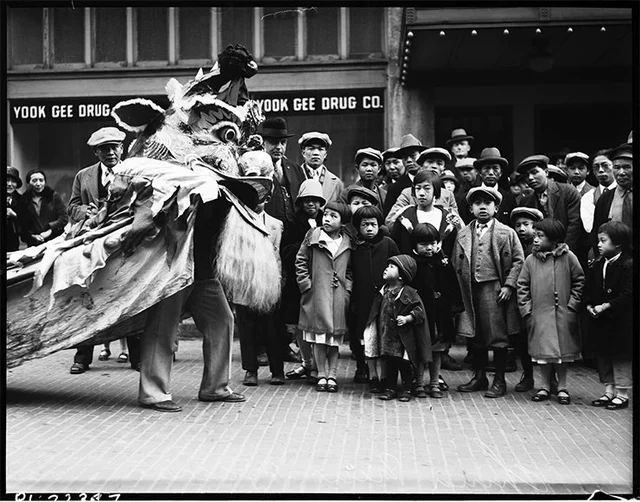 For all the atrocities that the current administration is committing – the systematic purges of immigrants, the ban on individuals from certain countries entering our borders, the cruel severing of family units – most have precedence in a dark, forgotten part of American history. Between 1882 and 1943, the Chinese Exclusion Act, a policy rooted in xenophobia, fear and racism, curtailed immigration from China.

Ric Burns and longtime collaborator Li-Shin Yu co-directed a documentary for PBS by the same name as the iconic piece of legislation, tracing the history of Chinese America from the first wave of immigrants during the gold rush through World War II, when the act became too big a stain on the nation’s reputation and image to ignore.

Through vibrant archival materials – photos, film clips and documents (the personal letters are especially poignant), and interviews with some of the foremost scholars on the subject – The Chinese Exclusion Act conveys how dangerously close we are to repeating history. Or perhaps it’s already begun.

In the wake of the film’s premiere on PBS, the IE spoke to Yu about why this topic matters now more than ever.

IE: How did you get into documentary filmmaking?

Li-Shin Yu: I actually came to the U.S. as a college student and stayed on. I was an art major. My senior year as I was approaching my senior thesis, I kind of had an existential crisis. I thought, “Gee is this really going to be doing anything useful for the world?” In the end, I decided well maybe another medium would be better, or better serve that purpose. So I moved to New York and got into film, and, lo and behold, here I am decades later!

IE: Prior to starting this project, were you very aware of the Chinese Exclusion Act and that part of American history?

LSY: Actually, not. I think [for] most Americans, this is part of history that’s forgotten and buried. Immigration has always been an issue. It’s never been an actual problem for our country but we’ve always made it an issue. This traces all the way back to the Chinese Exclusion Act. Chinese were the first people [to be] named and excluded by race, so how do we understand where we are as a nation on this issue? We have to look at the facts, and at this history. Having had the opportunity to do this for the film has been hugely meaningful for me.

IE: You mentioned that you’re an immigrant yourself – did the subject matter feel more personal for you than other things you’ve worked on?

LSY: Absolutely. We started this film in 2012, so way before the current situation, but even then we understood how important it is for people to understand the prophecies that allowed this act to take place 130 years ago. As [current] events evolve, it’s just so striking each time I open the front page and it’s like, “Oh my god, it’s the Chinese Exclusion Act!” All the questions we’re still trying to solve and discuss – who can be here and why – all traces back to this history. So our current national moment seems to be back in the 1850s-70s. So the question for us is how do we understand this and not repeat ourselves. Events do not happen in isolation. Events today are not happening in isolation. There’s always a history.

IE: What was the process like between when the concept for the film was pitched to when it premiered?

LSY: I’ve worked with Ric [Burns] for the past 25 years or so, and one of the first projects we did was a film called The Way West and it’s about how the west was won and lost. Won, of course, by white American expansion, and lost by the Native Americans, and at the time we came across an incident, which is the Snake River massacre of the Chinese miners. It was a shocking moment on many levels, because a) the violence of it and b) why is it that we don’t know about this? And then as we learn about history – c) that this was not one isolated incident. It was, in fact, happening across the west. We worked very closely with the New-York Historical Society and it was actually Louise Mirrer, the director, who wanted to do an exhibition. [That exhibition is now permanently at the Chinese Historical Society in San Francisco]. She came to us and asked if we wanted to do a companion documentary.

IE: Visually the film incorporates a lot of amazing archival footage and photographs. Was it hard to track all those down?

LSY: In a way that’s the irony of this forgotten history…they’re from the immigration files because of course once you try to exclude a group of people, then what is the enforcement? Enforcement begat this bureaucracy that tracks people coming and going, and so we have a group of Chinese Americans through time who have files – some of them have files that are two or three inches deep! We see these images and marvel at them and think about them, but to be responsible to bring their power forward was really an amazing experience.

It was really important for us to place the Chinese Exclusion Act in the broader flow – the trajectory – of American history; how we became who we are and why and the forces that got us to where we got today. It’s all really embedded in this particular story. We think of globalization as a 20th century phenomenon. It was not. Globalization was happening way back!

The other forgotten part of this history is the resistance. And in the process of Chinese resisting, we have defined major issues…who knew that Wong Kim Ark is the person we should all thank [for] birthright citizenship? It’s fascinating history that ties so much of issues about race and everything that is on fire today traces back [to the Chinese Exclusion Act].

This interview has been condensed and edited for clarity. The Chinese Exclusion Act is available to stream here.