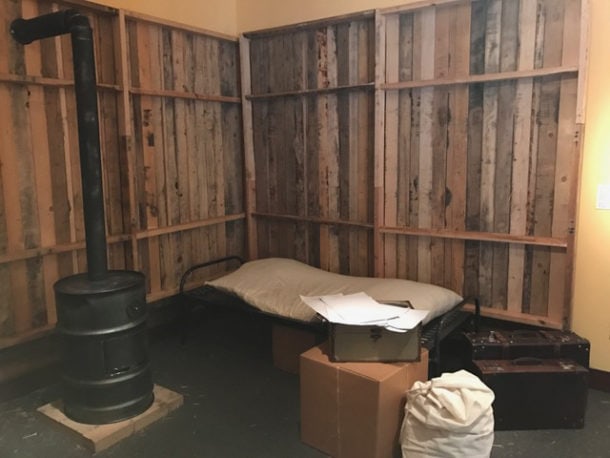 At the Washington State History Museum in Tacoma, Filled With Grace: Japanese Americans in the South Sound opened on February 4 with a vibrant symposium open to the public. There were Japanese cultural celebrations such as a tea ceremony by Masaye Okano Nakagawa and a taiko performance by the Okinawa Kenjinkai Chijinshuu, sponsored by Tacoma’s Asia Pacific Cultural Center. The afternoon also highlighted Japanese American voices and artistic expressions—included in the price of museum admission that day were two plays, Nihonjin Face (by Densho education outreach manager Janet Hayakawa and playwright Tere Martínez) as well as Within the Silence, a one-woman play by Seattle author Ken Mochizuki. Both performances were well-attended and included talk-backs with the authors and actors.

Concluding the day, I moderated a panel entitled “Readings and Reflections,” which was the highlight of my afternoon. It was a privilege to share the stage with all of the participants. Elsie Leilani Taniguchi spoke briefly about her family’s experiences and encouraged the audience members to come to an event on September 2, commemorating the original “Camp Harmony” at the Puyallup Fairgrounds.

Mary Woodward Pratt, daughter of Walt and Milly Woodward, spoke for some time about her parents’ legacy of promoting free speech and supporting their Japanese American neighbors on Bainbridge Island. Fife artist Mizu Sugimura reflected on her experience as a Sansei whose family was incarcerated during World War II—and kept largely silent about their collective history and trauma. Authors Lori Tsugawa Whaley and Ken Mochizuki read from their works, and Tacoma resident Greg Tanbara concluded the panel by reading Tacoma’s Japanese language school song and explaining the “memories of memories” that he experiences as a Japanese American descendant of such rich history. It was a successful multi-generational event. 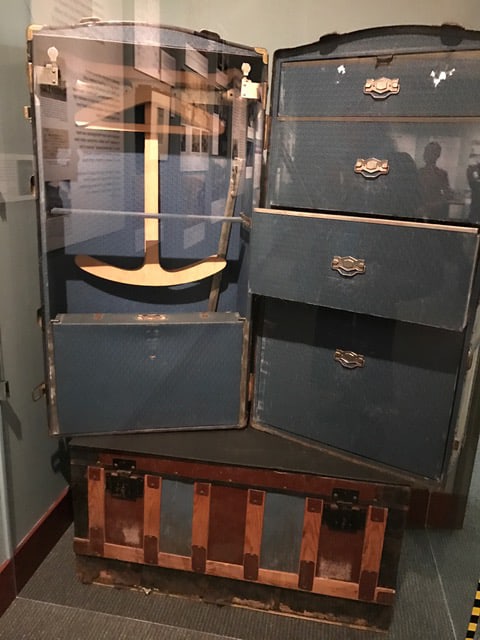 “Imagine no wifi!” groaned an elementary school kid, flopping onto a cot. “Hey, show some respect!” admonished his classmate. The two of them were in a barrack—or rather, a replica barrack—of Camp Harmony.

The opening symposium was so filled, in fact, that I had to revisit the museum a few weeks later to see the Filled with Grace exhibit itself. While the exhibit shows a great deal of respect for its subject matter, it doesn’t quite fulfill the descriptions advertised in the title, and it relies heavily on the viewer’s willingness to read a great deal of supplementary text.

The Museum advertises the exhibit with a few compelling composite photos—photos that combine images of today’s Puyallup Fairgrounds with photos of Camp Harmony during World War II—so I was surprised not to see these reappear at the exhibit itself. I would have welcomed the opportunity to study them in more detail. I was also confused to see that despite the exhibit’s title focusing on the South Sound, two out of the three historic photos on the museum’s website feature Japanese Americans from Seattle.

There are a few objects in Filled with Grace which are especially important to see. Visitors can study a copy of Kazuo Ito’s map of Tacoma’s Nihonmachi, which shows the large volume and variety of businesses that used to exist in downtown Tacoma. A steamer trunk brought by the Japanese immigrant Toshifusa Oiye to Tacoma was particularly moving. And it was chilling to see a copy of the area’s original Civilian Exclusion Order, instructing Japanese to “register” at a gymnasium in Auburn, Washington. The wooden sign that was tacked up over Tacoma’s Japanese Language School during World War II, marking it “property of the U.S. Government,” is tucked away above other objects, but it’s worth a visit. 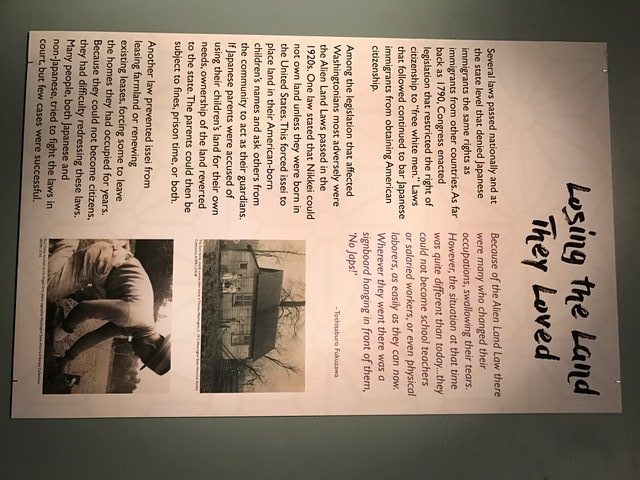 Nevertheless, I would have welcomed the opportunity to see more objects relevant to Japanese American history before World War II in the exhibit itself, as the exhibit’s title and descriptions had advertised. About half of the exhibit’s considerable textual content is devoted to life before World War II, and the other half of the exhibit (including the barrack exhibit) is devoted to the history of incarceration and redress. Some connections to the present-day state of Tacoma’s (non-existent) Japantown and the low numbers of Japanese who “resettled” there would have been important, as would the numbers of Japanese-owned farms in the White River Valley, or connections to current descendants of these immigrants. Because the exhibit devotes so much space to the (understandably important) reality of camp, I am not sure that the exhibit conveys the impact of what was lost due to that same history. The “before” and the “after” of camp are conveyed largely through textual descriptions.

The very absence of more photos and objects speaks volumes; the majority of the photos and objects appear to be from the Museum’s own collection. However, I am thinking about the permanent Issei farmhouse and the strawberry farm exhibits at the White River Valley Museum in Auburn, which show (through a great deal of time, funding, and effort) the vibrant life of the Issei in the South Sound. A replica of one of the Japanese American farm stands, produce stalls or grocery stores, for example, or a diorama of Tacoma’s Japantown (rather than a diorama of the 10 main concentration camps), might have conveyed more about life before the war more than sepia copies of historic photos. Overall, though I appreciate the efforts of museum staff, I had hoped that an exhibit which was several years in the making would have been able to demonstrate the impact of what the Issei had lost because of their wartime incarceration.

‘Filled With Grace: Japanese Americans in the South Sound’ will be at the Washington State History Museum through May 21, 2017.