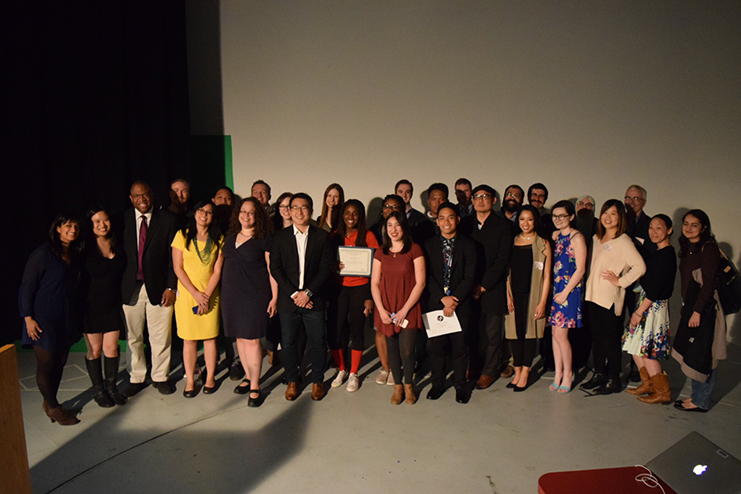 Venice Buhain was that rare fourth grader who had a passion for civic engagement. The local newspaper was a regular visitor on the kitchen table and may have been where she got her  scoops about the city council politics of her Eastbay hometown. For one thing, it frustrated Buhain – all of eleven years old – that her classmates didn’t know who the mayor of their city was.

“I guess that I picked that up from reading the local paper,” she said of her early influences.

Buhain’s 20-year career dedicated to local news has given her a solid footing in Seattle’s journalism landscape, and more-so as a champion of deeply reported local journalism. After completing degrees in English and philosophy at the University of Washington she started her career at the Eastside Journal in Bellevue. From there she went on to write for The Daily News in Longview, WA, The Olympian, Patch and TVW news among other publications. From 2014 to 2019 she served as editorial director at The Seattle Globalist where she mentored many young journalists of color. After some time at KING-5 news, Buhain is now an education reporter at Crosscut.

Her work is rigorous and deeply reported. As an editor she has encouraged her reporters to dig into a story and peel away the layers to better understand community perspectives on the story at hand. Buhain has a sharp knack for fairness and accuracy, meticulously combing through stories before hitting “publish” to make sure they are ethical, truthful and that they fairly represent the communities at the center of the story.

Buhain “fell” into journalism, taking each new step in stride rather than following a detailed plan she had sketched out. Even then, the profession spoke to her.

“There was something about the work which was very mission oriented,” she said. Local news gave Buhain a way to serve her community. “It had immediate consequences in terms of how people learned about their community and held their elected officials accountable,” she said.

A central ethic to Buhain’s work is the importance of reflecting community – all community, including immigrants, people of color and those groups who’ve been left out of local news coverage. Keeping coverage community centered, and making sure local news includes all communities

Buhain believes that the issue of access in journalism isn’t just about who actually consumes the news. It’s more than just audience. She thinks of access as more about a relationship between audiences and journalism, where access means “the stories that you have and the issues that you have are important enough for everyone to share.”

Immigrants and people of color especially do not feel like they can call a newsroom with a tip and be taken seriously, especially when the issue is about their communities. Buhain wants these communities to be able to trust newsrooms to tell their stories honestly.

“At this point I’ve worked for traditional newspapers and television, public television and everybody has that same goal. It’s going to take a lot of creativity and imagination.”

Being an AAPI Journalist

Buhain joined the Asian American Journalists Association early on during her foray into journalism. She credits Assunta Ng, founder of the Northwest Asian Weekly, as a foundational influence in getting her involved in the community.

Sometimes Buhain was the only Asian American in the newsroom and sometimes she was the only woman, experiences that were isolating.

“Being part of that organization has helped me find a sense of belonging in this industry that I probably would have given up on a long time ago,” said Buhain. Not only was it a place to be in the company of other Asian American journalism professionals, but it also exposed her to the various paths in the journalism field and provided her a place of camaraderie and support.

While many of her Asian American Pacific Islander peers have shared stories of resistance and pushback to their choice of profession from family, Buhain’s experience was different. When Buhain was growing up in the Eastbay, the Philippines was experiencing a shift towards the end of the Ferdinand Marcos’ dictatorship. Buhain’s family was carefully following their home country’s politics and saw journalists as truthtellers and part of the movement that removed a brutal regime from power.

“Some of my family are very conservative in terms of American politics. But they still believe, if it weren’t for the journalists there witnessing that, the government would just cover it up,” Buhain said of her family’s attitude towards journalists.

In fact, her parents were surprised she hadn’t chosen to study journalism in college. “My family never questioned the importance of it, which was really helpful,” Buhain reflected.

At the same time they didn’t actively push her in that direction either. Still, Buhain says a supportive family can go a long way. As she sees it, while big papers like The New York Times were not necessarily celebrated in her childhood home, journalism and the power it held was a constant.

Looking back, Buhain says that even when she had opportunities to pivot to a new career, nothing quite called to her the way the work of journalism did.

“I definitely felt passionate about making sure we are accurate, making sure that we are covering communities, making sure people are represented,” she said.

When asked what she feels most proud about in her career and contributions to her community, Buhain credits a combination of luck and stubbornness to persevere, the latter of which she held on to even in the face of change. But her biggest pride has been working with other “amazing” reporters, journalists and community members.

Through her reporting, mentorship and championing of community journalism, Venice has become a leader in the Asian Pacific Islander community in Seattle. Her work has made an impact in our collective narrative and on the lives of many of the journalists she has guided and worked with. Here’s to many more years of her thoughtful reporting, mentorship, and a vision for more accessible and inclusive journalism.