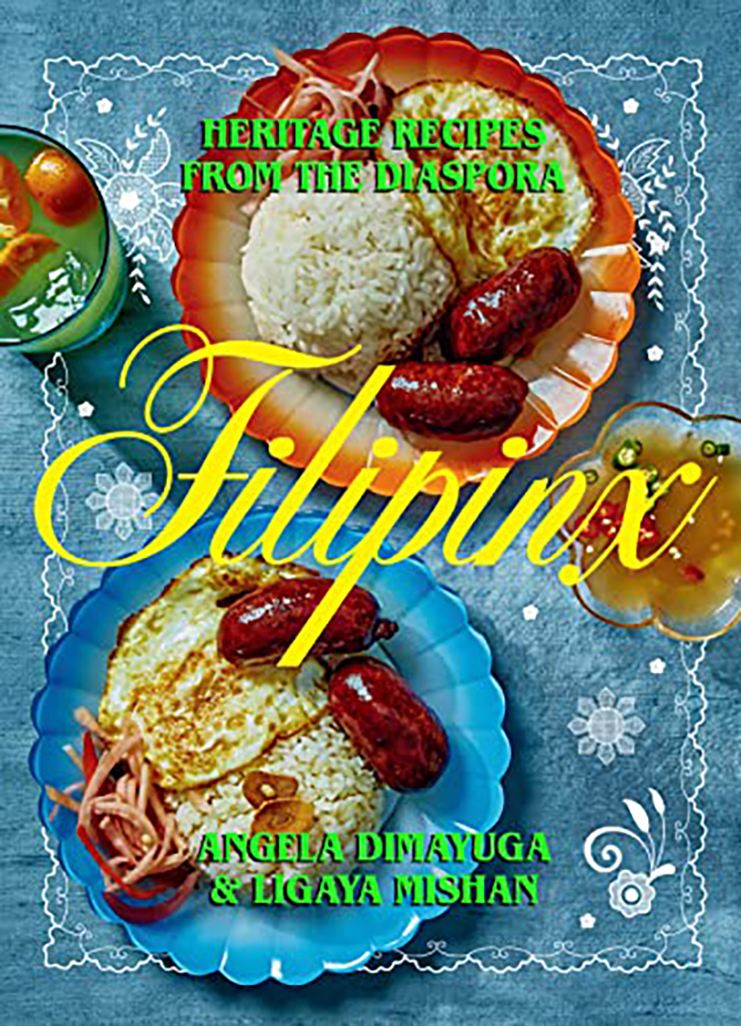 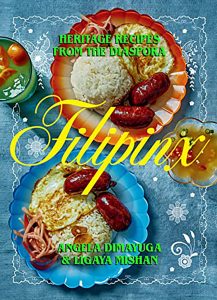 The last two decades have seen a rise of Asian American publications, including Filipino American ones. In particular, children of the diaspora are writing about food. A recent one is Filipinix: Heritage Recipes from the Diaspora by Angela Dimayuga and Ligaya Mishan. It follows a current pattern of coffee-table size books, glossy, colorful curated photos of various dishes, and authors who are chefs or, as the back cover notes, “cultural tastemakers.”

These 21st century products are a far cry from the more modest recipe books of the 20th century. I grew up in San Francisco where my parents, aunts, and uncles cooked Ilocano, Tagalog and Visayan dishes from scratch with little precise measurements and certainly no recipes or cookbooks. They cooked from memory and everyday practice. So I was delighted when my Hawaii cousins, Evelyn and Florence, gave me my first Filipino cookbook, Hawaii Filipina’s Favorite Recipes. It was published by the Filipino Women’s League of Pearl City, Hawaii in 1974.

The introduction states, “It is the intent of this recipe book to focus on the favorite recipes of the Filipino families, whether it be the Ilocanos who came from the Northwestern section of the Island of Luzon, the Tagalogs from the vicinity of Manila or the Visayans from the Southern Provinces. Most of these recipes have been handed down from generation to generation, finding their way to our cookbook of ‘family secrets.’ Some recipes have been adapted from other sources and added to our cookbook for your culinary convenience and enjoyment.”

The cover of this spiral bound cookbook is an ink drawing of a Filipina and a basket of vegetables. Brief recipes are in black and white, noting the contributor, listing the ingredients, and ending with a few sentences, rarely a paragraph, of instructions.

My second cookbook was a gift from Sony Robles-Florendo who authored Signature Dishes of the Philippines which was published in 1988. The paperback front cover features a color photo of Halo Halo, literally “mix mix” of sweetened tropical fruits, shaved ice, condensed milk and ice cream.

The back cover has a photo of Sony and a statement: “What would you have done if you were in her place? A restaurateur who has been called Sony all her 51 years was sued by a multinational, multibillion dollar corporation. BIG SONY vs. little Sony made big news. Many followed the fight of this woman to continue the use of her nickname in the family-owned restaurants in Baltimore Maryland, U.S A. She wrote this book to show the world what she knows best—Philippine foods—not electronics!” She dedicated her book to her mother and father-in-law.

Today, younger Filipino Americans growing up with Filipino comfort food are also acquainted, often well-versed, with other ethnic and cultural cuisines. Hence, the 21st century cookbook authors, like Angela Dimayuga and Ligaya Mishan have a global audience, an international market. They write about personal and collective Filipino and Filipino American history as they share their recipes. They remind me of the Seattle restaurant in my Columbia City neighborhood, Archipelago, where owners and chefs Aaron Verzosa and Amber Manuguid perform the journey of Filipinos and their foods and dishes from the pre-Magellan era to contemporary Seattle with various stories over several courses in almost three hours.

What stands out for me in Filipinix: Heritage Recipes from the Diaspora are the photos of the authors’ families and nuanced documentation of the resilience of the Filipino people and the adaptability of their cuisine. The opening line, “Come Inside and Eat” is a variation of Seattle’s late beloved Uncle Fred Cordova’s greeting to everyone, “Hello, have you eaten yet?”

In addition to being immersed in well-photographed mouth-watering food and luscious beverages, the reader gets a brief but very accurate history of the Filipino people and their response to non-Filipino influences through the centuries, many times via incorporation or adaptation. I very much appreciated the Seasoning Matrix of sour, salt, fat and sweet on a continuum from chewy to crunchy. I loved the photo of Traditional Halo and Halo next to the Sepia-toned one. And what a great idea to include an interview with Jessica Hagedorn, author of Dogeaters and a list of readings.

To me, there is one drawback to this book—the term ‘Filipinx’ is a curated, elite term. It is problematic, not recognized, understood, accepted nor used by the general Filipino or Filipino American population. Moreover, ‘x’ has many meanings, including as a universal signature of a person who cannot write. In science, it represents the unknown as “in solving for ‘x.”