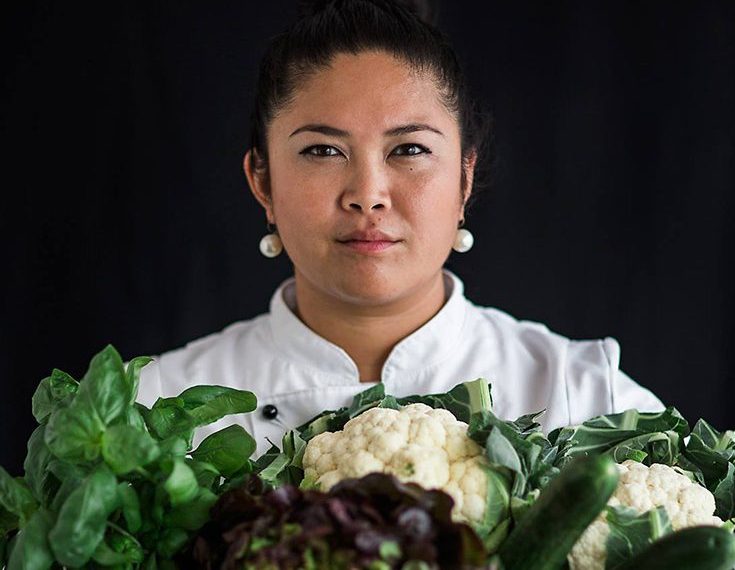 When Jan Parker eats chicken adobo, her mind is cast back to her earliest memory of food: her mother’s chicken adobo, served with rice. Now a professional chef based in Tacoma, Parker pulls on her Filipina heritage to create delicious dishes and an inclusive kitchen culture.

Parker grew up in a household surrounded by cooking. Her mother was an avid cook of Filipino cuisine and put love into family meals. And her father was a galley supervisor in the Navy. Despite her childhood being marinated in cooking, Parker first pursued a career as a mortgage banker. When her husband was deployed in 2012, Parker reassessed her career choice and became determined to follow her passion: cooking.

“I decided to take a step back and look at what I really enjoyed doing,” Parker said. “I’ve always been pretty active in a kitchen. Collectively, the joy of cooking brought me to that decision.”

Parker attended The Art Institute of Seattle and graduated with a Bachelor of Culinary Arts Management and an Associate of Baking and Pastry. She was trained in European classical cuisine, but prefers cooking Filipino food because it “invokes more feelings” and she feels “more inclined to be creative.” In 2017, she opened Jan Parker Cookery which serves Filipino food at farmer’s markets in the Tacoma area and offers cooking classes.

Parker makes a point to run her kitchen in her own way. She was trained in a strained environment where chefs were stern and always aimed to achieve perfection. As a woman and Filipina chef, she had to work three times harder to reach the success of her male counterparts. At Jan Parker Cookery, the entire crew is BIPOC and Parker promotes a supportive culture.

“It is colonized behavior to expect perfection,” Parker said. “The environment we have when working at the farmer’s market is supporting each other first. We nurture the team first. When we operate that way, people feel comfortable and seen. If our team is happy, our customers are happy.”

As a small business owner herself, Parker buys her ingredients from locally owned farms and businesses. Parker believes in using her own actions to demonstrate the world she wants to see: “small businesses supporting each other.” She hopes to continue nurturing her community by offering free cooking classes to the BIPOC and immigrant community and eventually teaching classes on starting a small business.

Now an established Filipina chef and small business owner, Parker has been interviewed for various newspapers and websites. She feels honored to represent the Filipino community in this way. However, as a member of the The Women of Color Collective in Tacoma, Parker is using her position as a PoC leader to create a new standard for the use of BIPOC images and stories in the media. Excluding nonprofit organizations, Parker demands compensation for the use of her story and image in news outlets.

“Our [BIPOC] image is currency because publications need to have our image and our stories,” Parker said. “We need to be compensated for that.”