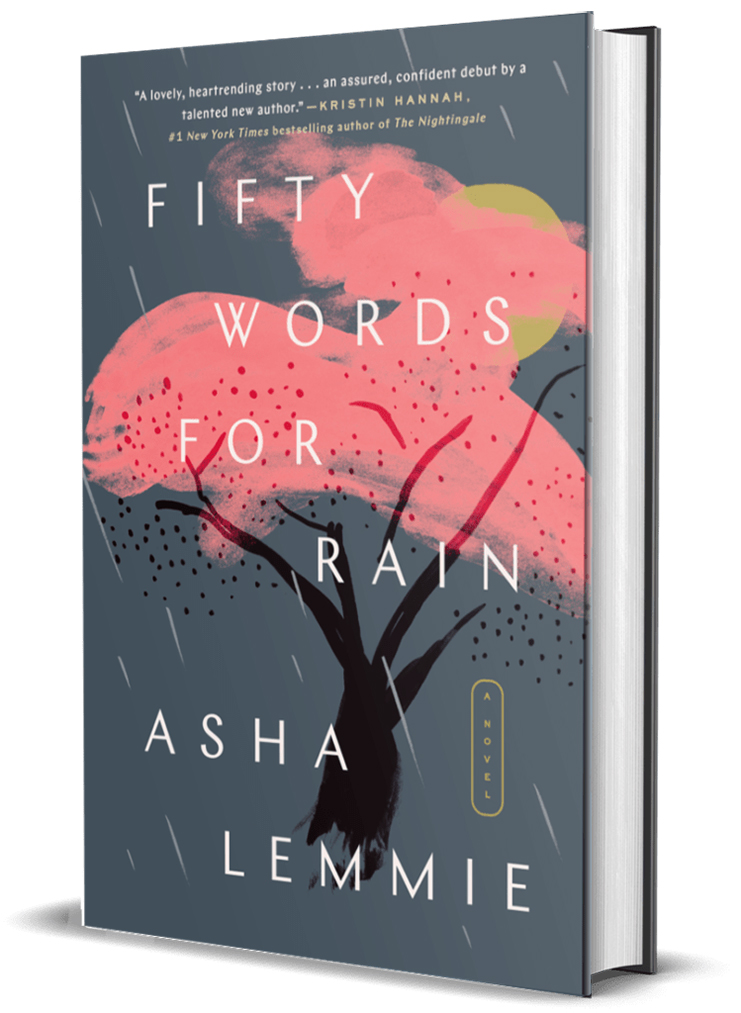 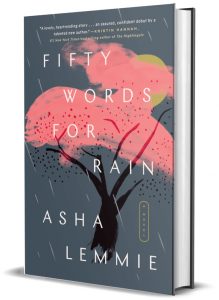 Asha Lemmie’s debut novel, Fifty Words for Rain, plunges the reader into galvanic historical intrigue when Noriko Kamiza’s mother imparts this farewell message at the entrance to the palatial family estate, “Only your life is more important than your obedience.”

Fifty Words for Rain is the meteoric life story of the daughter of an African American soldier and an adulteress. Noriko grows up, internalizing her existence as a crime against her Japanese aristocratic family.

Her life is a whirlwind in which she survives horrific acts of violence and brutality while enveloped in a rapturous familial love story with her half brother, Akira. The love these two siblings hold for each other overcomes their difference in status and every attempt their grandparents make to keep them apart.

Fifty Words for Rain attempts to walk a tightrope, which bursts asunder underfoot — two separate stories battle for attention across a confused and inconsistent narrative. One story attempts to articulate a complicated entanglement of race, class and gender politics that spans across international boundaries. Meanwhile, the book also tries to tell a fanciful story about a bastard princess who falls in love with handsome, talented men and survives the evil machinations of a supervillainess matriarch who will do anything to make sure the rightful heir takes his inheritance.

The fanciful aspects drown any attempt at achieving nuance, leaving the narrative full of wildly inconsistent — and often flat — characters. Noriko floats through the book like a leaf on the wind, pushed along by the whims and actions of other characters, and hardly making any decisions on her own whatsoever. The decisions she does make are wildly inconsistent, typically lack consequence, and often reverse what character development she had achieved in the chapters preceding the decision.

Noriko’s largest talent is somehow convincing characters who describe her as boring, childish, and pitiful to do everything in their power to help her because they grew to like her over the vast amounts of time the book skips over with breakneck speed.

Mercifully, Lemmie’s style is quick and easy to read, employing in vogue writing techniques that have been popularized by other contemporary novelists and YA authors. Fans of Zadie Smith and Claire Messud will love Lemmie’s brisk, elegant prose. The sections narrated in the first person by supporting characters are some of the book’s strongest elements.

Even more disturbingly, the story even raises from the dead the depiction of mulatto women being so hypersexual they drive white men crazy, causing white men to rape them. In a tone that can only be called a male gaze, the story’s narrators describe Noriko’s 11- to 13-year-old body as full-breasted and sexually developed. The narrator claims that her body’s hypersexual development is a result of her African American ancestry. Her rapist complains to Noriko about white European women: “None of them are anything like you.” His words drip with fetishistic sentiments. Later in the novel, a sympathetic love interest tells Noriko her skin was the first thing he noticed and that it is beautiful, reducing her to simply her melanin.

If the story is simply being true to how white men violate and fetishize mixed-race women, there is still never an acknowledgment of how these microaggressions harm her. She never seems to develop an inner world or reflect on the racism she experiences or find fault with these statements.

Nothing should be off-limits in art, and when done delicately, narratives with such disturbing contents can be cathartic, validating, and help erase the stigma around surviving such circumstances. However, Fifty Words for Rain handles these incidents with a hurricane’s delicacy, and mystifyingly lacks any narrative rationality for character behaviors and reactions to the disturbing circumstances.

Noriko’s story is that of a fantasy princess, that magically wins people over without explanation and despite her many flaws. She suffers tragedy after tragedy, but never truly leaves her tower.