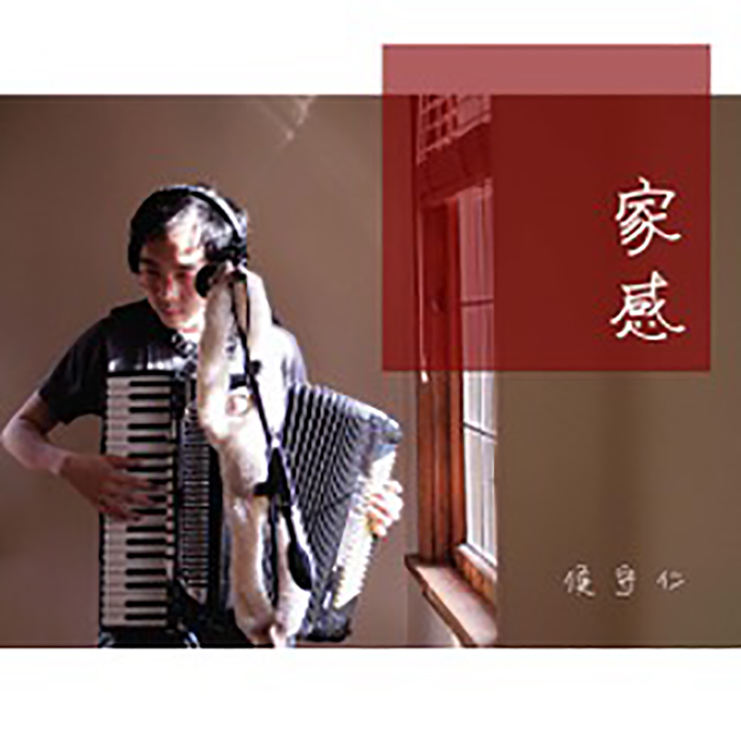 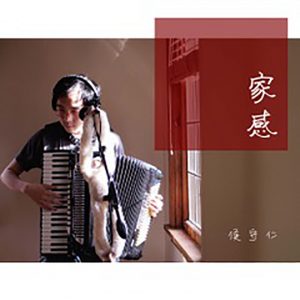 In the album Feeling of Home, Seattle musician Josh Hou continues to explore jazz and music from his Chinese Heritage. It’s as much music as it is personal history. Listening to and learning about this jazz album, I feel I’m having a chat with Josh about his music, his musical journey, and the music and the places he’s experienced. I get glimpses into his past, his family. It makes me nostalgic for my own past, my connection to growing up, popular culture, songs, movies, and my migration experience.

Jazz is shaped by the interaction between musicians: listening, improvising, reacting. So it may be hard to believe that this album was recorded during the COVID pandemic, and the musicians did not ever play in the same physical space. Each instrument was recorded on a separate track at the respective musician’s home (all over the world), and combined together by Hou. Artists like Hou are forced by necessity to find new ways to make music. We thank them for it.

Hou’s 2019 album Bilingualism first showed us his interest in combining jazz and music from his Chinese heritage into something new. He drew from Chinese pop songs dating back to the 1970s to a centuries old folk song. He described the title song as “really about how to balance and hold onto different parts of your identity or your cultural identity, when it’s hard to do, when you’re surrounded by something else”.

Feeling of Home is at once a leap, and a natural extension of what Hou started in Bilingualism. In the current album, he and his bandmates are now even more at home working with Chinese music. Hou has also added Chinese instruments, the zhonghu, guzheng, and dizi.  Zhonghu is a bowed two-string instrument which is the lower pitched cousin of the more familiar erhu, like the viola to the violin. Guzheng is a Chinese plucked zither that has 21 strings without frets, but with a moveable bridge under each string. Dizi is a transverse bamboo flute. These instruments are not made to play our many Western musical harmonies in the chromatic scale. So it is quite a feat to all the musicians on the album who are clearly professional and accomplished, from Josh Hou himself on the accordion, and singing, Raymond Larsen on trumpet, Kelsey Mines on bass and Tai Taitano on drums, to the ones playing chinese instruments, Wan Pin Chu on zhonghu, Sara Heng on guzheng and Leanna Keith on dizi.

The album consists of six tracks, with three tracks composed by Hou, and the other three tracks taken from Chinese popular music from the 1930s to 2006. These are songs that Hou heard growing up in his family, songs he collected in his “library.”

Even though we are exploring something unusual in this album, as in mixing jazz with Chinese music and instruments, there was a lot of mixing in the original songs themselves. In the second track, “Longing for Spring Breeze,” Hou has remade a song he heard his aunt singing while growing up in Malaysia. The original song was written in the early 1930s Taiwan, sung in Taiwanese Hokkien. Hou has rearranged the music with different harmonies, and sung the lyrics in a different dialect, Penang Hokkien, the dialect of Hou’s mom and aunt, perhaps recorded in this dialect for the first time. (Penang Hokkien is a local variant of Hokkien spoken in Penang, Malaysia. It is the main language of the majority Chinese population in Penang.) I listened to an old recording of the song. Compared to it, Hou’s version has a faster tempo, and is generally more light hearted in both the singing and harmonies.

“Tears of a Lover” is another classic pop song, this one from the 1950s. This song does not feature Chinese instruments. The original song was recorded by a Chinese singer born in Macau, who lived in Malaysia and Singapore. Perhaps Hou is interested in music and musicians that have multi-layered cultural mixing.

“Love Love Love” is a rearrangement of a Hong Kong pop song from 2006. Hou has taken away the lyrics, and therefore the pangs of love from the original pop version. Hou’s version is bliss, like hugs and kisses, that we need so much now from months of COVID social distancing.

“Wind” takes you right to Paris. Perhaps not home for most of us, but in a way, a musical home for Hou’s accordion. It is the one track that does not take its root from Chinese music or has Chinese instruments. It reminds us that Hou is a global citizen, physically at home in Seattle for over 10 years, and also equally at home in sampling many musical languages.

“Hometown Food” feels most like a folk song out of all the tracks. The base chords carry the tune throughout. The song sounds so familiar that one would scarcely guess it is an original melody by Hou. Everybody is jamming and enjoying the music. The dizi is improvising on the theme, but without the dissonant jazz chords. The duet with accordion and guzheng sounds like they are made to be played together. Hou has found a new sound that sounds “old” and familiar, like bringing a new piece of furniture home that fits right into all the other furniture already there.

The title track “Feeling of Home” presents an original sound. It mixes snippets of themes, and a part even sounds Zelda’s lullaby (Zelda is a video game). I picture the various objects in my home that bring fond memories and make me feel comfortable and cozy. I was captivated by the pairing of zhonghu and trumpet, and zhonghu and accordion. Hou wrote the song “over a year ago, describing Home as a place of comfort and safety, but that sometimes is interrupted with a sense of unease. Having lived in Seattle for well over a decade, this is definitely my home. But with all the political turmoil in this country in the past couple years, home is not always the safe place it should be. With the advent of the pandemic and quarantine, Feeling of Home has taken on new meaning, with so many of us stuck in our homes, longing to leave.”

A little more about Hou. “Josh Hou is an accordionist, keyboardist, and composer based in Seattle, Washington. He can be found singing and playing various kinds of music in a variety of venues in the greater Seattle area. His projects include: instrumental Chinese jazz, How Short – a swing band with vocal harmonies, Tiny Funk Band, and Jazztalk Seattle – a Seattle area jazz podcast.”

A fun little pun is contained in the album’s cover photo. You would know if you know Chinese. So I’ll not ruin Hou’s secret. Perhaps when Josh Hou plays live concerts again, you can ask him to share. Meanwhile, please check out what he’s up to at www.joshuahou.com.