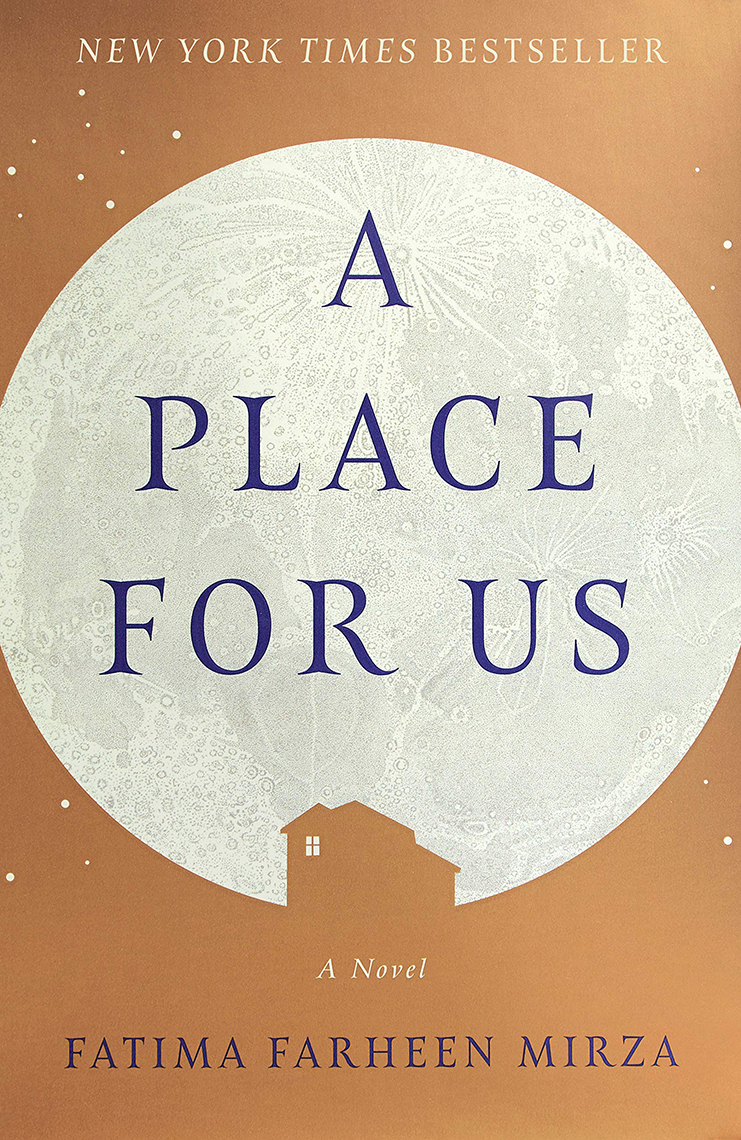 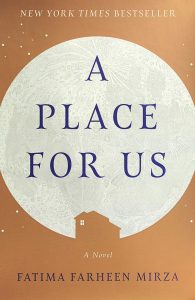 A new generation of South Asian American writers is emerging in the new millennium whose preoccupations with identity, race and belonging are different from those who were writing in the late 20th century. Fatima Farheen Mirza’s debut novel A Place for Us marks the arrival of a fresh voice in the literary landscape of South Asian America. Born and raised in California, Mirza writes of an Indian Muslim American family that is trying to balance faith, national identity, community, and belonging in post 9/11 America.

The novel begins with the wedding celebrations of Hadia, the oldest daughter of Rafiq and Layla, who moved to the United States from India. Hadia is a doctor who is marrying a person of her choice who is Muslim but whose faith practices are different from hers. Her sister Huda, a teacher, is the middle child, trying to keep the peace as family drama unfolds during the wedding and most of this conflict results from the return of the prodigal youngest child, Amar, the only son in the family.

The narrative weaves back and forth across time and we follow the family’s journey of migration and settlement. However, this is not so much a novel about culture shock as it is about the daily life of a Muslim family and the challenges their children face as they navigate their religious identities.

The family’s life centers on prayers and community celebrations of holidays and weddings. The children find the parents and community attitudes about gender segregation and control of sexuality challenging. Each child manages these restrictions differently, and 9/11 intensifies their difficulties. Hadia and Amar cherish their friendships with the children of a family friend, Seema aunty, who had helped them out when Layla had suffered a miscarriage. Hadia falls in love with Abbas, the oldest son, and Amar with Amira, the daughter.

Complications ensue and Hadia and Amar deal with them very differently. While Hadia follows the path of educational achievement, Amar becomes deeply disenchanted by family interference, community definitions of success, and eventually drifts into substance abuse and disappears from family life.

The novel charts each family member’s negotiation of belonging that is intimately tied to faith. Hadia maintains faith while giving up the hijab post 9/11 whereas Huda retains the hijab and asserts her identity. Rafiq finds community and belonging through his faith whereas Amar feels he never belonged either to his family or to his faith. The wedding ceremony is both a moment of family crisis and of new beginnings.

Mirza’s novel is beautifully narrated with each character drawn with care and compassion. There are no egregious stereotypes, political rants about Islamophobia or racism, or gross overgeneralizations—the narrative could easily have slipped into any of those moments. Instead we get compelling characters, a carefully managed plot line, and an invitation to experience the life of an immigrant family who happen to be Muslim and deeply engaged in their faith.

ABOUT US
Since 1974, it has been the mission of the International Examiner to serve the Northwest’s Asian Pacific American communities by providing accurate, in-depth, timely, and sensitive coverage of issues which affect us.
Contact us: [email protected]iner.org
FOLLOW US
© All Rights Reserved. Made with ♥ by drgdrp