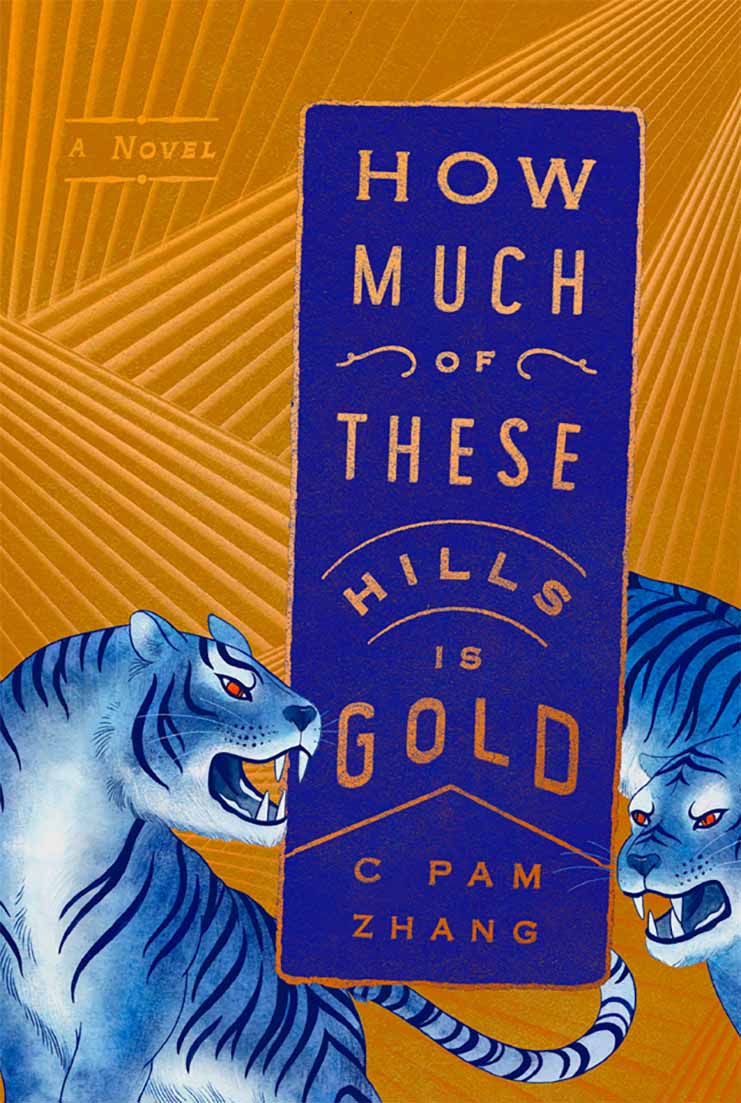 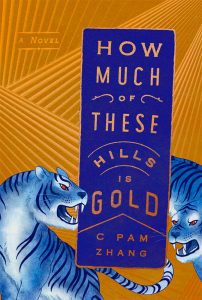 “What if?” All fiction writers ponder these words, but some probe deeper. Some also ask, “What was?” and C. Pam Zhang does just that in her debut novel, How Much of These Hills is Gold. The book follows Lucy and Sam, two Chinese American orphans, as they wander the nineteenth-century American West. Although Zhang fills her novel with plenty of “What if’s,” she asserts her primary goal was spotlighting a demographic that galvanized American development but vanished from our literature. “A golden spike holds track to earth,” she commented recently, describing the Transcontinental Railroad that was built by over 15,000 Chinese workers in the 1860’s. “A picture is drawn for the history books, a picture that shows none of the people who look like [Lucy and Sam], who built it.” We get a startling dose of both fiction and fact in her work.

How Much of These Hills opens as Lucy and Sam scramble to bury their father before their landlord discovers the failed miner is dead and evicts them. But when Sam attacks a white man who refuses to help the “filthy little chinks,” the preteens flee their mining town and wander an unforgiving wilderness while Sam hunts for the perfect burial site. Lucy may be Zhang’s protagonist – we witness events through her eyes – but she is frustratingly submissive to her younger sibling. Eventually we understand why Zhang makes her so tractable, however. How Much of This Hills is about more than history and discrimination. It’s also about gender. Ba may be dead, but Lucy can’t unsee herself as his worthless daughter, just like she still worships Sam as his cherished son.

But Zhang doesn’t limit her characters to binary gender tension. We quickly discover that Sam wasn’t always Lucy’s brother. Samantha began dressing as a boy when she was ten, and Sam’s transition alerts us that How Much of These Hills is a debut novel. Zhang skims over the historical and cultural questions in Sam’s gender narrative, which distracts from her focus on Chinese American history. We can’t help wondering how a preteen girl discovered non-binary sexuality in an era when any sexual awareness was suppressed among unmarried women. Furthermore, Ba’s traditional Chinese parenting makes his pride in his “new son” and hatred toward Lucy seem uncharacteristic at best.

But while Sam’s sexual transition is puzzling, we must admire how deftly Zhang resurrects a historical narrative that’s lain dormant in American literature. Western businessmen lured thousands of Chinese workers to the West Coast with fabulous promises of lucrative employment; when they arrived, the unsuspecting immigrants were forced to build the Transcontinental Railroad in slave-like conditions. While many novelists might have burdened readers with a plethora of names and dates, Zhang’s indirect approach is both engaging and accurate.

True to Chinese tradition, Ba haunts the siblings until Sam selects the perfect burial site, and his midnight monologues infuse Zhang’s narrative with the facts behind her fiction. He and Ma were conscripted into the original railroad crews as foreman and laborer. They may have escaped, but they were irreparably traumatized. An incident in which white guards gun down an unarmed worker, then cover their crime by claiming self-defense, is especially chilling. “Too often truth ain’t in what’s right, Lucy girl – it’s in who speaks it. Or writes it. The hired men had guns and I let them say what they said,” he whispers in the darkness. Not only is Ba’s experience the best-documented episode of How Much of These Hills, but it also intensifies the sociopolitical atrocity of the Chinese Exclusion Act that quickly followed. An entire race imported, exploited, and then legally erased from the country they helped develop.

We may be horrified by Ba’s post-mortem confession, but Lucy and Sam seem less affected. Zhang jumps from Ba’s burial to the sibling’s separate lives as teenagers, when Lucy basks in the amused attentions of an affluent white family and Sam drives cattle disguised as a cowboy. But Zhang’s unconventional plot choice may be symbolic. Perhaps the fact that neither sibling admits their connection to the railroad – Lucy assures white people she can’t remember her parents but thinks they were prospectors – illustrates the emotional repression necessary to survive where they’re constantly labeled as “other.”

Either way, Zhang doesn’t let the siblings’ past vanish forever. When Sam pays Lucy an unexpected visit, her white “family” suspects her connection the railroad immigrants and drives her away. Their blatant prejudice forces Lucy to admit her parents’ aspirations are unrealistic for people who look like her. “There is, she is coming to see, a place between the world Ba pursued and the world Ma wanted. His a lost world, doomed to make the present and future dim in comparison. Hers so narrow it could accommodate only one.” Persuaded that the American dream caters to the few rather than the many, the siblings strike out for San Francisco in a final bid to be “seen” for who they really are. Lucy hopes that Chinese immigrants will embrace her as an equal instead of a pet, and Sam sails for China seeking a more tolerant society.

While we never learn if Sam’s dreams are realized (historical evidence makes it unlikely), we watch Lucy confront second-generation displacement as she discovers just how much new immigrants have imbibed their exploiters’ lies.

And that is the truth. Although the Transcontinental Railroad transformed the American economy, the Chinese Exclusion Act labelled its builders impostors, and the United States was not fully reopened to Asian immigration until 1965. Zhang’s “What if’s” might show the signs of a debut novelist, but How Much of These Hills Is Gold is an ambitious attempt to integrate a critical portion of American history into contemporary literature. Let’s hope more authors embrace the challenge Zhang tackles so fearlessly.