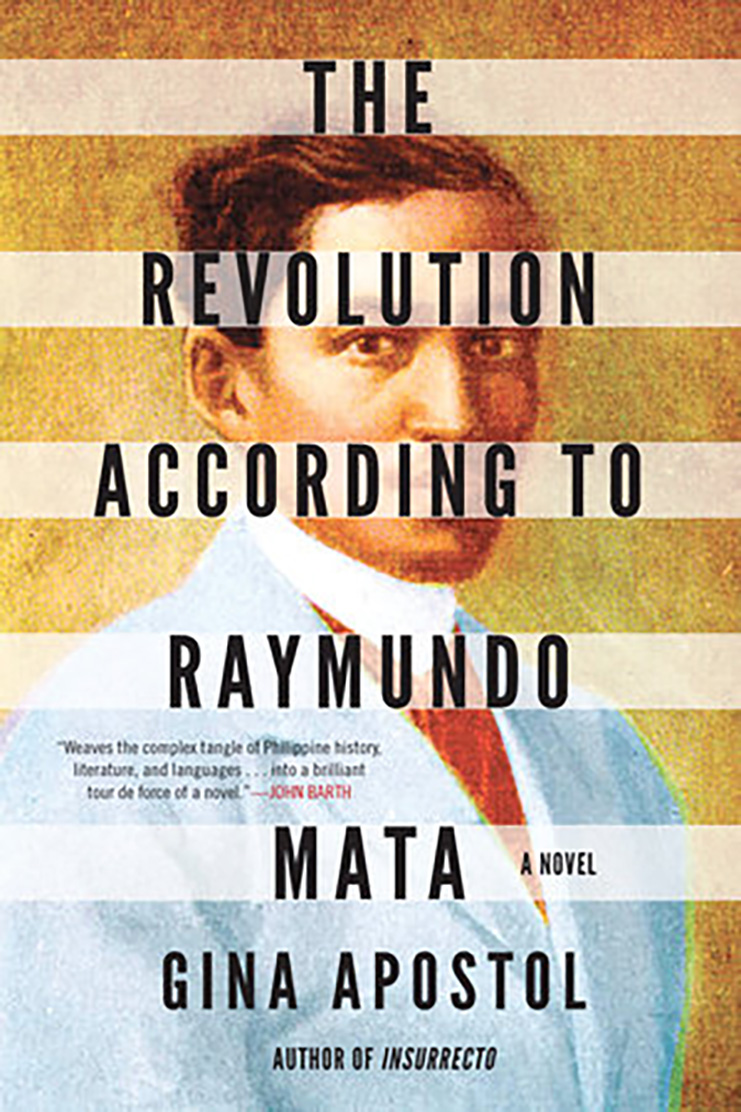 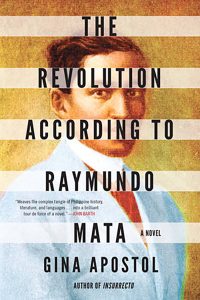 Make no mistake, The Revolution According to Raymundo Mata by Gina Apostol is a classic, a novel that is brilliantly conceived and flawlessly executed. The work is a challenging combination of real events and individuals in Philippine history – as discussed primarily in the footnotes by its fictional panel of reviewers – and imaginative, engaging, and often funny scenes written by Mata.

The centerpiece is Mata’s recently discovered memoir. According to the author, he had been a borderline participant in the 1896 revolutionary war against Spain, the Philippines’ long-running colonial master. In his memoir, the introspective Mata describes his childhood, his family, and his dimming eyesight, as well as his preferences (food, sex and literature, though not necessarily in that order).

As a revolutionary foot soldier, Mata is hardly an ideal candidate.

Later, he writes about his peripheral involvement with the Katipunan, the secret revolutionary society, and his encounters with and impressions of Jose Rizal, Apolinario Mabini, Andres Bonifacio and Emilio Aguinaldo – all nationalist icons of the era and of Philippine history in general.

The pre-publication problem is that the memoir is in shambles and riddled with gaps. The daunting task of piecing the manuscript together and adding contextual commentary falls to three women academics – Estrella Espejo, Diwata Drake and Mimi Magsalin (the translator). The three must use their training and understanding of Philippine history to somehow make Mata’s writings coherent.

Throughout the text of the novel but especially in the footnotes, the women establish the historic context for the memoir. But they do not just establish facts and engage in calm, scholarly discourse about the tumultuous birth of the Philippines and the dramatic era in which it occurred.

The commentators, with unseemly enthusiasm, bring out their literary knives to stab each other at every opportunity. Their sharp, vituperative exchanges, are often hilarious and underscore the old Sayre’s law truism that “[a]cademic politics is the most vicious and bitter form of politics, because the stakes are so low.”

No ad hominem attack is beneath them. This is especially true for Espejo and Drake, academic rivals who frequently assail each other in the footnotes.

For example, in his diary, Mata writes an ambiguous line: “There’s a load in my cannon like a toad,” which Espejo interprets as a metaphor for a real event, the failed Cavite Mutiny in 1872.

The outcome of the mutiny was Spain’s execution of its alleged “ring leaders,” three Filipino priests. Their deaths were a potent accelerant to a growing sense of Filipino nationalism leading eventually to the outbreak of the 1896 revolution.

Drake responds sarcastically to Espejo’s interpretation: “Dear Estrella. Excuse me, Ehem. ‘The load in my cannon’? A metaphor for the Cavite Mutiny? He’s talking about constipation.”

This, in turn, prompts Espejo’s venomous return volley: “Is this what they teach in – where are you from? – Kasilyas [toilet], Arkansas? Dumi-dumi, Delaware?”

Although the high praise that The Revolution According to Raymundo Mata is richly deserved, a word of caution may be in order. The novel may not be for everyone, especially casual readers of fiction.

That includes many Filipino Americans.

Apostol employs two story lines, the first being the memoir by Mata himself. However, the second story line – the more important one – is the historic context and possible explanations provided by the commentators in the footnotes. The footnotes, in particular, require careful, focused reading (or in my case, rereading) and may discourage some readers.

It would also help to some have some familiarity with that chapter of Philippine history – and with contemporary popular Filipino culture in general.

For example, Mimi Magsalin, the translator, highlights the careers of two enduring entertainment stars (Nora Aunor and Vilma Santos) to shed light on one of the challenges facing a balanced and accurate interpretation of Philippine history. She explains the “Nora/Vilma Complex” as “[t]he tendency to think in binaries,” i.e., “[i]f you are not for Vilma, you are for Norma,” which Magsalin extends to the conflict between two of the revolution’s most bitter rivals, Andres Bonifacio and Emilio Aguinaldo. “If you praise Aguinaldo,” Magsalin writes, “you are defaming the memory of … Bonifacio.”

This clever comparison will resonate with readers in the Philippines and not with many outside of the country. But Filipino readers will see the connection, the point that Apostol is trying (effectively and humorously) to make.

But whether or not non-Filipino readers are able to grasp all of the nuances should never be a literary artist’s primary concern. Her job is to create a universe, in this case, an intricately complex one that mixes fictional narrative and historical fact, inviting readers in to make of it what they may.