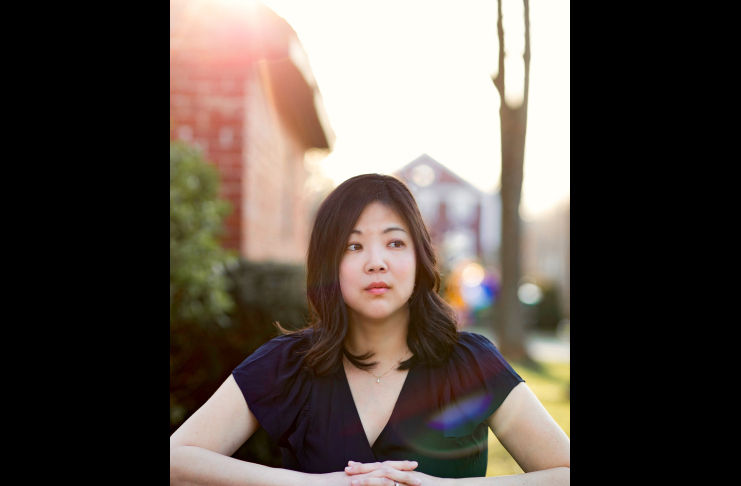 Published in October 2018, All You Can Ever Know is Nicole Chung’s memoir of her experience as a Korean American adoptee. It’s been named a best book of the year by the Washington Post, NPR and more. Born in Seattle and raised by a white family in Oregon, Chung searched for and was reunited with her birth family. She shares the complexities of the adoptee experience related to race, family, identity and finding your own story – something that resonated deeply with me since I am also a transracial Korean American adoptee.

Misty Shock Rule: In the book, you talk about how the narrative around adoption is that adoptees are meant to be with their adoptive families, predetermined by God or destiny. There’s no room to question it. I related a lot to this. How did you start writing about adoption and challenging that narrative?

Nicole Chung: It took me a while to get around to writing about adoption. I had a space of 4 or 5 years between reunion and writing about it and publishing it publicly. I was actually very grateful that I had that number of years to live it privately, to think about it on my own and talk about it within my family. Reunion really kick started a lot of tough conversations within my adoptive family that we hadn’t had before. My reunion forced them to acknowledge race, identity and the role that played for me and how it made me different.

MSR: Growing up in a white community, did you have a hard time thinking of yourself as Asian American?

NC: I wasn’t around large number of fellow Asian Americans until college. My first experience being Asian American was just being different than everybody else, going to a mostly white high school and mostly experiencing it in terms of thinking I am not like other people. I don’t want to say it’s wholly negative. It just was a fact. Understanding of myself as Asian American was just that – of difference, of othering, sometimes experiencing actual racism. I remember thinking that this was something that all people of color experience, maybe that’s something that could bind us together. I remember wishing I had more friends who weren’t white because I figured they would understand in ways that my white friends and family couldn’t. That was definitely a real thing.

I started to develop a sense of myself as Asian in college. In college, I also felt kinship with other children of immigrants, people of color from small white towns, other people who had been the only ones and who were very curious, now that they were away from home, about their cultural identities for the first time. Some people wanted to learn more and others wanted to preserve what they had. But we were kinda united in this feeling in wanting to be proud of who we were and wanting to understand it and not wanting to lose our hold on it.

I’ll always feel as an adoptee a little bit of distance that I wish wasn’t there when it comes to my Korean American identity. I will never be Korean in the same way like my sister is because she grew up in a Korean American family and a Korean American community. It doesn’t make her more Korean although when I’m feeling lazy sometimes I’ll think about it in those terms. I think there are many different ways to be Korean American, to be a part of this country and also to be part of the diaspora, dealing with that legacy.

I don’t think there’s any way no matter how much I study or how much I try to learn, there’s no way to bridge that cultural gap given how I was raised in a white family for so long. I’ve stopped asking, are you a real Korean, and I’ve changed it to what does it mean for you to be a Korean American adoptee — what is your identity given your history and your heritage? I just try to find out as much as possible about that and feel comfortable with who I am. It’s still definitely a fraught question. I don’t think I’ll ever have a firm answer.

MSR: How did becoming a mother affect your desire to search for your birth family?

NC: My final push to search was really at my first prenatal appointment. The midwife was asking me all these questions about family history and I realized I didn’t have any idea how to answer any of this. But it was something deeper and more visceral than this practical concern. Pregnancy had always seemed like this weird mystery to me, almost alien, because my mother hadn’t gone through it with me. I remember thinking for the first time, how did my birth mother even survive this separation, because I already felt like if I lost my child a piece of me would die. I had of course thought of my birth mother. But it was so hard to think of her as a person or my mother, because she was a myth. The focus had always been on our family and adoption as this happy ending. I wanted to tell her and my birth father that I’m ok.

MSR: How have you talked to your children about adoption and their identity?

NC: My older daughter is now almost 11, and we’ve read my book together. I realized that she has a lot of complex feelings about adoption. It’s not my place for me to tell her how to feel about it. I realized my parental instinct was to reassure her and comfort her, but eventually it hit me that I need to let her feel however she’s going to feel about. As far as identity, I feel like my kids’ identities are theirs. I could say something to you and they could feel differently. But the major difference is in our childhoods. They are growing up in a different environment. We live in a diverse area. Their school is majority minority, and they have a lot of Asian friends. They have friends from every background. It’s bound to impact how they think about themselves and their identity as a result.

MSR: Lately you’ve written very eloquently about your grief after the passing of your adoptive father just over a year ago. It’s moved me very much because my own dad died four years ago.

NC: I remember being struck by things people would say to me: “You’ll see him live on in your children.” I love my dad a lot, but we were pretty dissimilar. My kids aren’t like him.

Obviously none of us resemble him. I won’t see him live on in them or in me. And that’s a different kind of pain than when I biological child mourns their parents. A part of him feels like it’s gone in a different way than if he had living biological children. I had never considered how being adopted would affect my grief when I lost my parent. I find myself thinking a lot about adoption and grief and how the two are related. How adoption is loss anyway. Before you gain anything in adoption, you lose everything in adoption.

NC: I played with different endings and the one I went with is the one that focused on this question of my identity and my daughter’s identity as children of an adoptee. I really wanted to have an ending that felt open-ended and ended with a question that’s fun to ask. There’s a lot of trauma in the book. I liked an ending that acknowledged that, did not minimize it, but was also very forward-thinking and hopeful and focused on the next generation and the legacy of adoption for an adoptee and their family. I did very much want to show what happened post-reunion, because I feel like I had read or watched, thanks to TV, adoption reunion stories where there was the happy ending. I wanted to show that it’s also more complicated than that and a lot happens after. I’ve talked to so many adoptees who said the real work and shock came after reunion. Reunion was just the beginning of this process. I wanted to make space for that in the book.

MSR: Have you ever imagined a version of your life where you didn’t search?

NC: I love having my sister in my life and my birth father. I’ve gained so much from these relationships. I’m really happy to have my half sister and to know who she is. But I don’t think it would’ve been some kind of tragedy if I’d never searched and found them. To some degree I’d have some unanswered questions about how to live with that. Unanswered questions too can be incorporated into one’s identity. I’m glad and I’d do it again. But I also don’t think at all that it’s a wrong decision or a less brave decision to not search. It’s so highly individual and it really does crack open your life and identity in these unexpected ways for a lot of us.