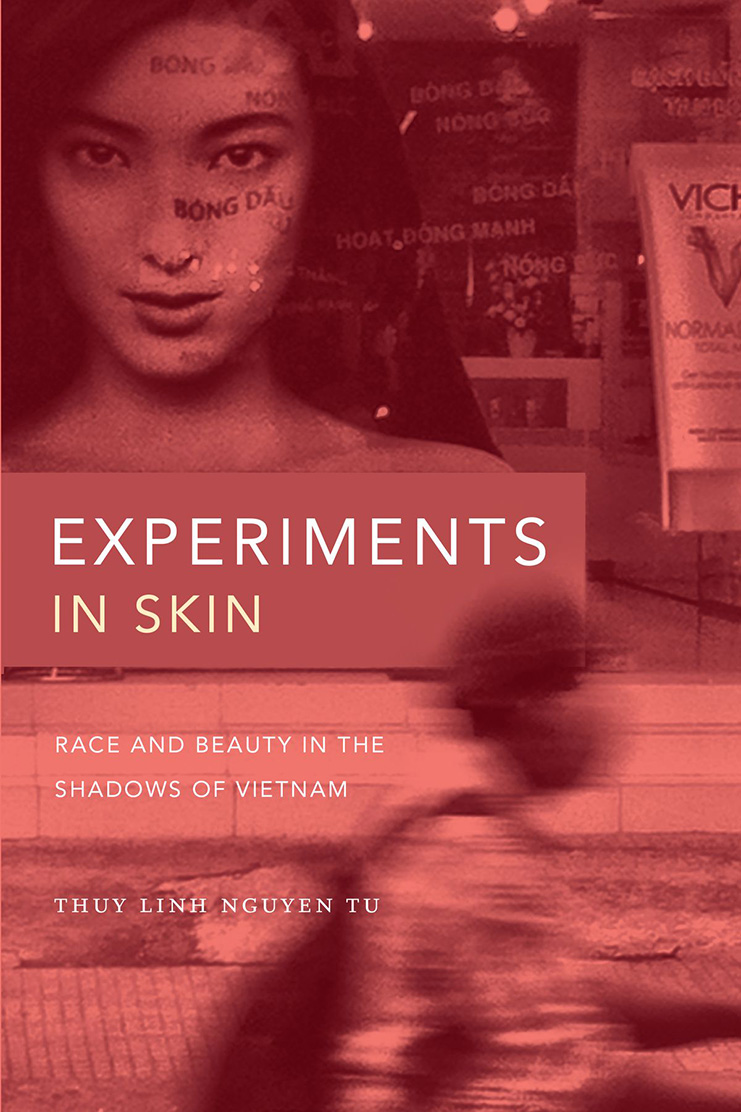 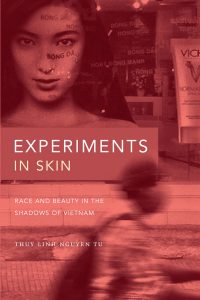 Experiments in Skin: Race and Beauty in the Shadows of Vietnam is the epitome of intersectional work. The author, NYU professor Thuy Linh Nguyen Tu, excels at taking a detail from one context and following its story back through time. She opens with a vivid description of everyday business at Calyx spa in Ho Chi Minh City, where clients come to cope with the stresses, chemical contaminants, and skin conditions inherent to post-War, industrial Vietnam.

She traces the Vitamin A cream utilized at that spa back to the inhumane dermatological research experiments of Albert Kligman. Kligman, who later became infamous for his unethical experiments, worked at Philadelphia’s Holmesburg Prison in the 1950s and used its inmates’ “acres of skin” (his own words) to make money engaging in studies in which he exposed prisoners to the same dioxin that would be used as the chemical defoliant Agent Orange by the U.S. forces in Vietnam.

A recurring theme throughout this book is the arrogance and willful ignorance of the U.S. government and the dermatologists whose work the U.S. sponsored during the Vietnam War. For example, this book delves into dermatologist Marion Sulzberger’s desire to create an “idiophylactic soldier” immune to and safe from the effects of the sun, venomous animals and disease.

Tu shows how these concepts relate to white assumptions about the fetishization of Black skin—as well as the skin of all people of color—and explores how white researchers rationalized and ignored the suffering of people of color and blamed Vietnam’s natural environment for being laced with dangers that affected white soldiers’ “fragile” skin.

She points out how these researchers also ignored very obvious explanations for the skin conditions that were causing soldiers to be put out of commission—such as having their feet immersed in water for long stretches, resulting in the condition known as “paddy foot,” something the French military had already warned the U.S. military about—and instead blaming them on other potential vectors like fungus transmitted via rats.

Tu recounts how the U.S. disregarded the words and experiences of Vietnamese people while medics researched their skin and “skirted the lines between coercion and consent” in their treatment. She explains that while there is evidence that dermatologists interacted with Vietnamese healers who could have explained methods for avoiding fungal infection, any knowledge not framed in a strictly western framework of science was ignored.

Perhaps in response to this arrogance, Tu takes the time to explore the humanity and community inherent to spas like Calyx. Her work suggests that even in terrible circumstances, in which there is no access to cures for ailments, there is positivity in the shared understanding that this is the way things are (another theme that runs throughout this book). At the same time, she is realistic and holds pharmaceutical companies, the U.S. military, the U.N., and other organizations and individuals to account for the lack of care and reparations in the face of the harm they have caused and still cause.

Until I read this book, I never considered many of the complex ways chemical weapons like Agent Orange still affect Vietnamese people today. While I understood that it caused and still causes great harm to people and the environment, I never would have known that some people affected by dioxin hide their afflictions because they are afraid to assert their status. For some, the (uncertain) possibility of reparations might not be worth the risk of being treated as unclean and shunned by the people around them due to their condition, a risk that can extend to children they might give birth to in the future. This book examines, from many different angles, what it means to be or appear clean, or to have strong and clear skin; Tu links those considerations back to the issue of white supremacy, but also explores the potential for healing and coping in the face of our toxic world, showing forms of comfort amidst the pain.

Experiments in Skin has extensive, detailed notes, and the depth of Thuy Linh Nguyen Tu’s analysis is evident as she cites military archives, newspaper articles and her own on-site research. Even so, the book does not come across as difficult to read or too academic; it is written in a journalistic style, which makes it accessible to a wide audience who might wish to learn about the heavy topics presented. While much of the history I learned about while reading was horrifying, I never found it difficult to understand Tu’s points, and I believe anyone interested in history, feminism, racism, war, flawed and biased science, beauty standards —or even in just the greed of the pharmaceutical industry—will find it valuable. I cannot recommend and praise this book highly enough.