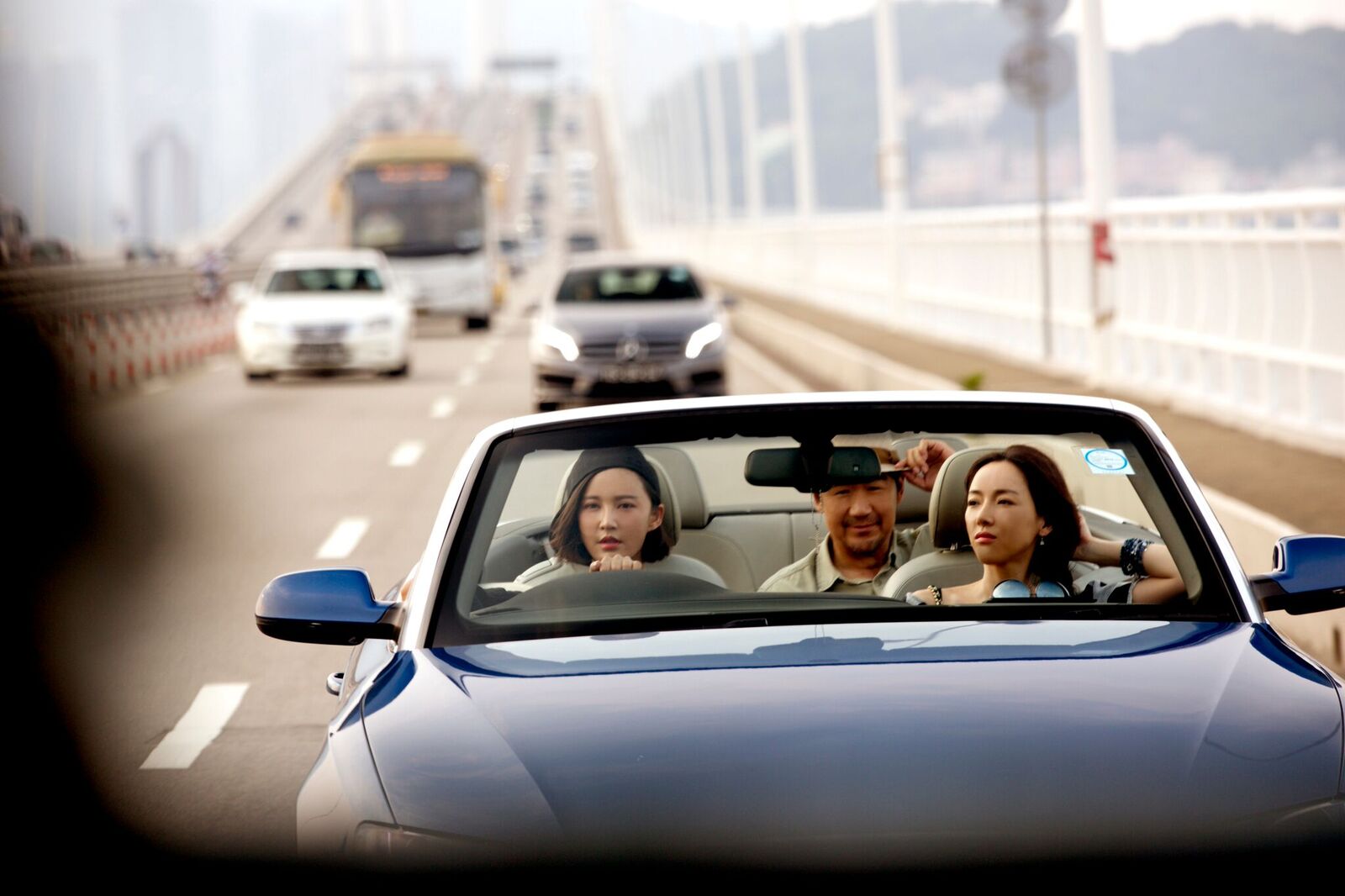 An adaptation of the original 1990 Italian film and its 2009 American remake with the exact same title, Everybody’s Fine is a Chinese version with high production value, but relatively low emotional impact.

Zhang Guoli stars as Guan Zhiguo, a father of four, in the same role that Robert DeNiro delivered in the American edition. But here, the father is a retired geologist instead of the factory worker that DeNiro was. It’s a wise decision by director Zhang Meng to upgrade the status of the protagonist as it allows him to reveal the true star of the movie—China. Although her part is playing the background, she manages to steal the show, emerging as shining, sleek, and sparkling in her modern Westernized glory. This is a China that hasn’t been seen on American screens before, resplendent in her seemingly post-Marxist period, her avariciousness manifesting in night skies ablaze with skyscrapers flashing dazzling lights—one that a family headed by a geologist could very well live in.

As for Guan, his wife has passed away and he’s feeling lonely and ignored by his adult children. While they were growing up, he had little time to spend with them because of his work schedule. Now, he’s nostalgic for those rare occasions where they did share and expects the kids to feel the same. But they don’t. Over the years, they’d been turning to their mother for nurturing so now it’s just awkward and annoying when Guan phones to bond with them. After getting the runaround to his dinner invite, Guan decides to pay each one a surprise visit. But to his surprise, none of them are overjoyed to see him and, in fact, try to avoid him.

First up is youngest son Hao (Chen He, the real-life nephew of celebrated director Chen Kaige). A photographer with a deeply artistic sensibility living in Tianjin, Hao appears to be missing. So, Guan heads to Hanzhou where eldest daughter Qing (Yao Chen) lives in an upscale condo with her small family. An art director for an elite ad agency, she seems perfectly poised managing co-workers, but can’t seem to tell her own dad about her crumbling marriage. Yelling at unseen people on the phone about her missing youngest brother, Hao, she demands up-to-date information about his meditation trek to Tibet that resulted in his disappearance. Yet when her father inquires about him, Qing is reduced to idiocy. At dinner, her physician husband brags about the number of surgeries he’s performed that day while kicks in the shins under the table vie with their clumsy conversation.

Guan goes to Shanghai next to see his second child, Quan (Shawn Dou), who has gambled away the home his mother left him in order to launch a start-up. Living in a crowded apartment with an assortment of young techies, he confronts his father about not supporting his ambitions. The splashy stage show Quan creates to recruit students for his Chinese language classes reflect a diverse audience that includes Africans.

Finally, Guan travels to picturesque Macau where his youngest daughter, Chu (Ye Qianyun), is supposedly a leading ballerina. From childhood, her parents encouraged her aspirations of being a dancer. Ashamed, Chu hides her real job, and her real lover, from her dad. As Guan visits one child after another, he fantasizes and dreams of them as toddlers again.

Imaginative cinematography with sweeping, panoramic scenes are exhilarating, and there’s an ingenious shot of colorful umbrellas huddled together on a ferry in a rainstorm. Unfortunately, the plot isn’t as focused. Guan’s children lying to him about their lives seems ludicrous considering their reason—not wanting to worry him. Yet their antipathy towards him gives the impression they don’t care anyway. So, why not be truthful and let him suffer with anxiety?

Another paradox occurs when Guan meets an age-appropriate woman, first on a train then unexpectedly at the airport in a country of over one billion. But then again, his fathering four children would have been in violation of China’s one-child policy.

In an early scene, Guan is on a train sitting opposite a father and his 12-year old son. The husky boy is large for his age and his father alludes to the child’s gluttonous appetite. Director Meng has said that scene represents China’s overdevelopment due to rapid economic growth that impacts family values as children move away in pursuit of material wealth. Nothing could be truer for Guan and his lying kids.