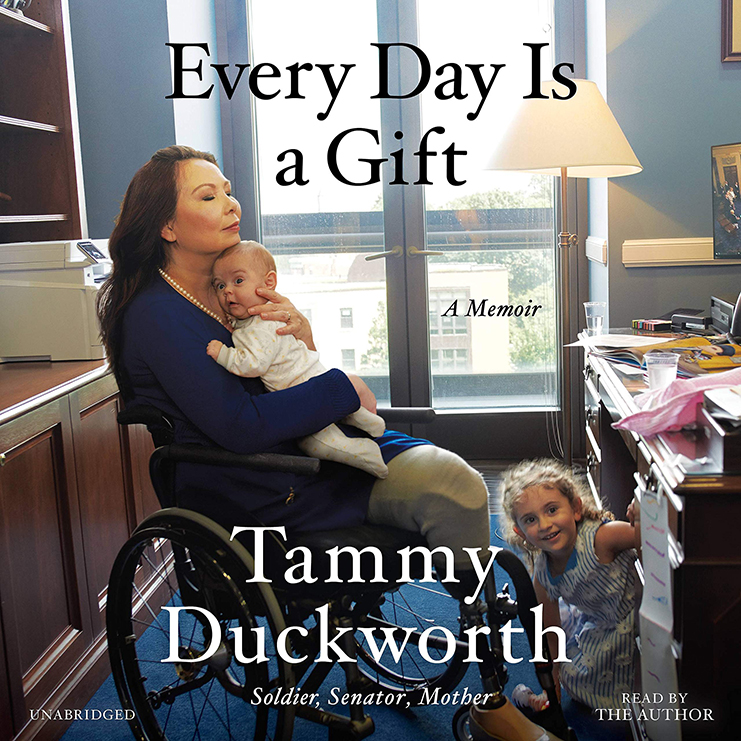 I feel very privileged to review two new books, We Belong by Cookie Hiponia Everman and Every Day Is a Gift: Soldier, Senator, Mother by Tammy Duckworth.

These books are released as Asian Americans, especially Asian American women, are singled out for physical and mental assaults amid rising anti-Asian sentiment in the U.S. At the same time, Asian American women are being acknowledged for their ability to inspire and represent a United States toward “A More Perfect Union.” In governance, this is exemplified by the election of U.S. Vice-President Kamala Harris. Via storytelling, this is affirmed by the selection of Chloe Zao as winner of best director and best film, Nomadland, at the 2021 Academy Awards.

Cookie Hiponia Everman and Tammy Duckworth are children of the post-1965 immigration laws which opened the gates to a 21st century United States that runs the gamut from black to white and every hue in between. A mestiza Filipina, Everman is considered an immigrant based on citizenship and immigration laws. Duckworth is a U.S. citizen since birth born in Thailand to a Thai Chinese mother and a white American father who traced his roots to the American Revolution. The ways that Everman and Duckworth grapple with how they belong every day, viewing each day as a gift, are complementary and instructive. 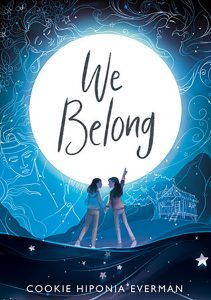 We Belong is a children’s story that Everman wrote for her middle school daughters so that they would remember where they came from; where they are; and where they may be in the future as they plot their own destiny. She wants them to remember who made them; who nurtured them; and how they can make and nurture themselves.

The daughters in We Belong are named Stella (Starlight) and Luna (Moon). Everman uses a novel-in-verse voice weaving Filipinx mythology of the divine and natural world. The novel is told as bedtime stories by a mother where dreams, visions, imaginations, history, and the real world mix. Beautiful illustrations of the stars, sun, moon, and animal world by Abigail de la Cruz accompany the stories.

Disguised as bedtime stories, Everman introduces young readers to Filipinx mythology on the creation of the world and relationship of humans to the divine, including being the human daughter of a god. Of equal importance, for adult readers, she tells her life story and those of other post 1965 Filipinx immigrants fleeing the Marcos dictatorship in the Philippines. At a micro-level, she paints the diaspora and constant movement of people from the Third World to the First World, from the formerly colonized to the motherland, and from poor countries to rich countries in the post 1965 world. Immigrants and refugees attempt continuity of and connection to the past with the present, despite overwhelming challenges and involuntary changes. Many times they change residences, socio economic status, livelihoods, living arrangements, diets, languages, cultures, and even partners. Yet, they often respond with resilience and gratitude. In coming to America the middle school daughter asks, “Did we really belong to a country that did not know or want us as we are?”  Everman answers with a poem, the last bedtime story in her book:

The songs in her heart.

I am the goddess of the moon
I am your mother

We are warriors.
We are goddesses.
We are lights.

We are mothers and sisters and daughters.
We are friends and family.
We are singers of songs. 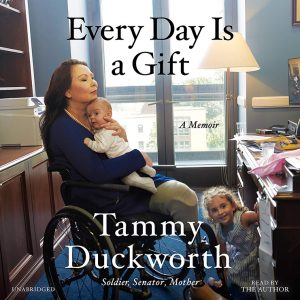 Tammy Duckworth is hapa, a daughter, sister, wife and mother as well as a decorated military veteran and a U.S. senator. She is one of the first female helicopter pilots in U.S. military history to serve in combat during the U.S. war against Iraq in the 1990s. Her helicopter was shot down, an attack that took her legs, and broke her right arm, necessitating over a year of painful surgeries and extensive therapy to learn walk again on prosthetic legs. She is the resilient warrior woman.

Every Day Is a Gift is not written as poetry, let alone a bedtime story, but as clear, brave first-person narrative. As a memoir, it is the voice of a person confident in who she is and her relationship to the others and the world. Like the mothers honored by Everman for their sacrifices, Duckworth honors her mother and fellow soldiers—they who understand that whether in childbirth or war they make the ultimate sacrifice so others may live. She follows in the footsteps of Patsy Takemoto Mink, the first Asian American woman in the U.S. Congress who introduced the Women’s Education Equity Act of 1974.

Like other Asian American women, Duckworth admits to feeling inferior even through adulthood, not as good as her brother, who was constantly praised by their father. She reminds us of celebrated author, Amy Tan, who also felt less valued as a daughter who could never outperform her older brother. But Duckworth’s shining tenacity and work ethic propelled her to achieve against the odds.

Her family experienced high status in Thailand and Singapore as a child in the 1970s. When her father became unemployed, there was a turn of events. In the 1980s during Duckworth’s teenage years, her family moved to the U.S. She says, “We landed in Honolulu with a couple hundred dollars, no place to live and no clue what to do next.” Their life was precarious with her father unable to land a job. She stood up to her dad:

“’We need money, Dad!’ I said. If you don’t get a job I will. I couldn’t take Dad’s weird preening anymore, not while Tom and I were going to bed hungry every single night. ‘You can’t order me around,’ I said. And that was the last straw for him. My father turned without a word and stalked back into the little nook where his bed was.

I knew he was mad, but I suspected that he was also feeling another emotion: relief. Because he knew that now I was going to do exactly what I had said. I would go out and get a job, and start bringing in some money. True to form, we never discussed it, but that‘s what I did the very next day.”

In this example and others throughout her memoir, Duckworth demonstrates frustration, fear, anger and pain. Subsequently she responds to overcome and transform those challenges into collective power at least three ways—her deep inner strength and that of her families—the Duckworths and husband Bryan Bowlsbey, the steadfast duty/camaraderie with her fellow soldiers and veterans, and her courageous record of public service.

Like Everman, Duckworth is a specific example of many of today’s American women. The latter are less visible and more marginalized but fight like the woman warriors they are, overcoming obstacles and shedding light over darkness. Duckworth and Everman bear witness to these women who are multicultural, multilingual, interracial and interdisciplinary, with a diasporic world view rooted in learning from the past, embracing the present, and understanding that every day can be a gift.