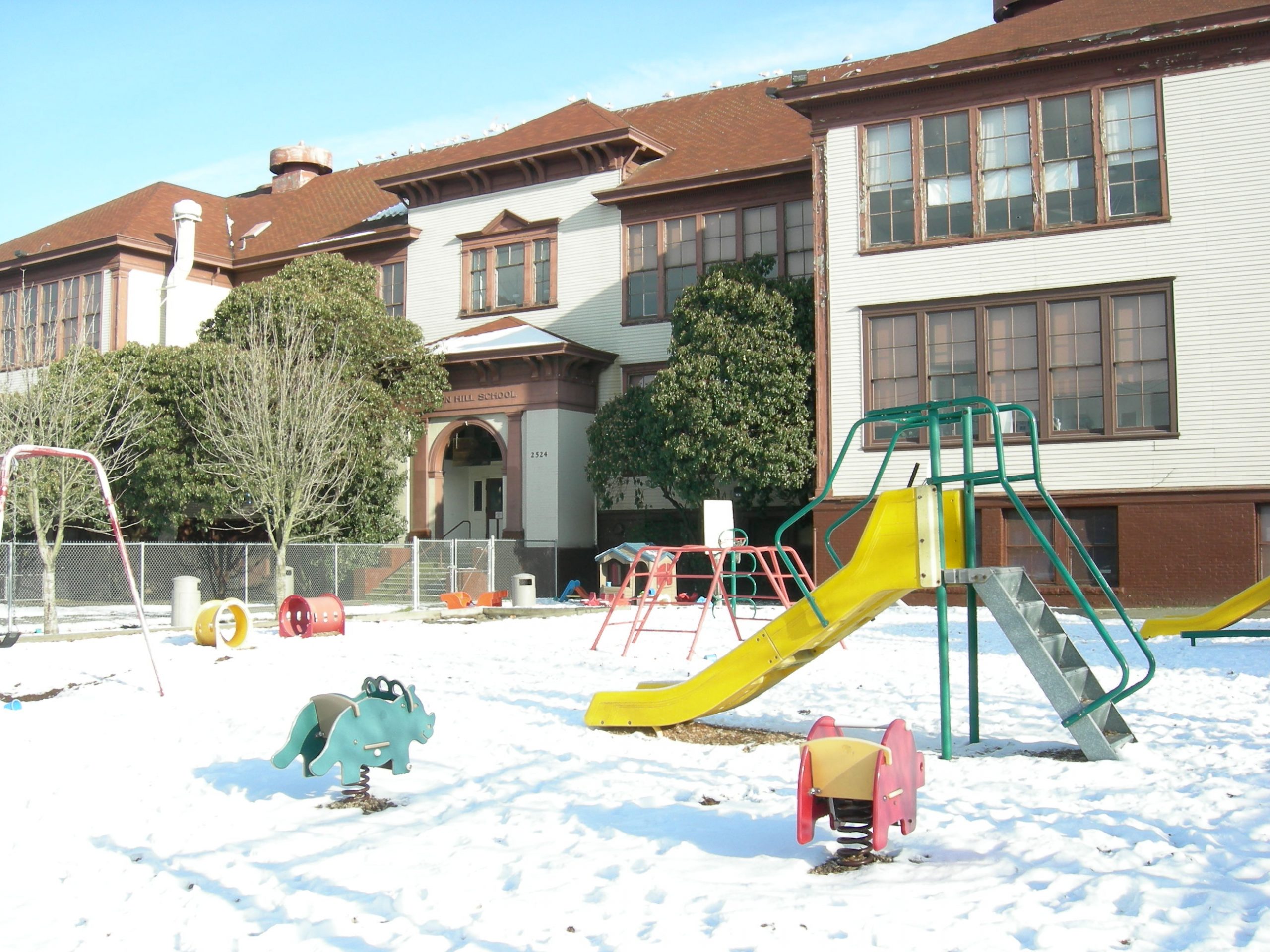 Estela Ortega knows a thing or two about doing social justice work across racial and ethnic groups. Long before she became the executive director of El Centro de La Raza, she was a young girl working in the cotton fields alongside African Americans in Texas who would also work side-by-side with her to fight for better working conditions. As communities of color are bracing for what evidently would be an uphill four-year battle against president-elect Donald Trump’s administration, Ortega emphasized to the International Examiner the urgency for people with different identities to work together.

International Examiner: Can you pinpoint a moment in your life that you realized how important it is to do multiracial and multi-ethnic work?

Estela Ortega: Before I even became a part of El Centro de la Raza I was working in Houston. I had a career. I was an intern in real estate and at the same, in the evenings [and] on the weekends, I was registering people to vote, working on political campaigns. So I came in contact with people of other races who were doing the same thing.

As a young person, you hang out at the coffee shop and discuss philosophy and how can we create a better world and so my consciousness evolved out of practically marching with others who were wanting to end the war, doing work with the United Farm Workers, and knowing there were others of other races who were against the horrible working conditions of farm workers in the field.

It came together by … working side-by-side. On a very very personal note I did farm work in the field at a very, very early age and those who I was working in the eld with were African Americans, you know, picking cotton and getting to know people in that way and realizing we’re the same. We have different skin colors but we love life and enjoy life and work hard and grow up and raise families and that sort of thing. So for me it goes back to early in my life.

IE: What are the challenges in working across racial and ethnic groups?

Ortega: I don’t see it as a challenge in terms of how it’s started. Because if you look at the very founding of El Centro de la Raza, our supporters were a group of multiracial community and the anti-war movement and the progressive church movement back in the early ’70s. So I have to say that those kinds of relationships in terms of communities of color working together basically came out of the students at the University of Washington coming together to work in protesting the war in Vietnam, farm worker issues, and just different issues that were happening that brought young people together. And so when there was the idea to occupy the old Beacon Hill school that would become El Centro de la Raza, there was an immense amount of support from communities of color. And so those relations developed out of the practical work of working together on issues that then developed confidence and trust and those who were working together, in particular Larry Gossett, Bob Santos, Bernie Whitebear, and Roberto Maestas.

The challenge that we face now in terms of working together is that so many of the communities are so busy, people are stretched thin, we don’t have a concrete coalition like the Minority Executive Director Coalition that existed a number of years ago. That coalition doesn’t exist anymore and there isn’t really anything that has taken its place even though there are obviously coalitions that are trying to do multiracial work when it comes to you know, the environment, education, the $15-an-hour issue, so people come together on these issues but there’s no coalition that comes together to all communities of color to address common topics on-goingly.

IE: The elections and the months leading to the results have been dif cult for a lot of people. What do you think the next steps are for El Centro, other groups doing similar work, and people who feel, even more so now, like they have to take actions?

Ortega: I think we all have to regroup and figure out how we’re going to respond to a new administration that’s on the attack for Latinos, Muslims, the LGBT community, the workers, disabled people. I think everyone I have spoken to that we’ve been working with for a number of years feel that we gotta figure out how we’re gonna come together to do this work. And to find the time to carve it out. It means that we’re going to continue doing the work we’ve been doing but obviously we need to do more of it. We need to be louder, we need to be out in the streets more, and so that’s gonna take coordination.

What we’re doing at El Centro de la Raza right now is looking at every single program that we have and how do we infuse a community organizing aspect to it, from our youth program to childcare to our new housing development so we are involving more people, you know, those who are impacted. Those people we are serving, most of the people who need to be involved and they’ve always needed to be involved but evermore now because the stakes seem so much higher.

The fact that we have a president-elect who has spewed hate on our communities and on top of it both the House and the Senate are controlled by people who are not friendly or who don’t care about communities of color with the agenda of wanting to cutback social programs, privatize social security, medicare, those kinds of things.

I don’t think I’m answering you directly on how we’re going to do it. I think that we’re part of a national effort, we’re an affiliate of National Council of La Raza out of Washington DC. I think everybody’s gearing up to figure out how on the daily basis we receive information on what Trump and the Congress … might try to do so that we on local level can respond to what might be happening nationally. But the reality still is that whatever the gains we have at the local level, we need to try to hold on to at the same time.

IE: During the election until now immigrants and refugees have been put in a very bad light. But for example, undocumented immigrants don’t have a clear path to citizenship or integration to U.S. society in the same way that other immigrants might. How do we work together when we have different struggles and different needs?

Ortega: I think part of it is that we’ve got to be present in each other’s communities. When there are actions happening, we show up. One example with the Muslim community is that it happened out in Redmond where I don’t have the exact name of the Muslim organization but they had their sign torn down and so one of the Muslim individuals reached out to us because we had a joint press conference a few days after Trump was elected. So that was the rst time I was meeting this individual but I knew they were an ally, we were there together speaking on how Trump was going to impact our communities. She reached out and said, “Would you be willing to provide support, be in solidarity, this is what happened to us. [I said], ‘Absolutely.’ That’s how those relationships are created, we support each other. We show up for events that are happening in the community, whether it’s a dinner, whether it’s a press conference, those kinds of things and keeping each other informed and rally support.

I feel like the actions we’re gonna take are gonna take many forms. It’s gonna be phone calling, it’s gonna be emails, letter writing, letting people know about it, and then there is going to be action in the streets and I would even say civil obedience. And all of it is obviously done in a non-violent way.

IE: What do you think about Seattle as a sanctuary and welcoming city? What about the fact that a lot of immigrants and refugees live outside of Seattle, the sanctuary limits, because of rent prices?

Ortega: We’re very happy that the mayor right after the election basically saying that Seattle is going to continue to be a “sanctuary city” and that’s important. El Centro is looking at the idea of how do we become a sanctuary organization and what does that mean? So we’re in conversation with our attorney and trying to figure that out.

When we say that Seattle is a sanctuary city, it’s basically referring to the police— they’re not gonna turn you over to INS [Immigration and Naturalization Service] and that’s important because it happens in other places. What if the neighborhood councils in our city, all of them, became sanctuary zones? That you know, basically INS still could go in here but we’re still making a political statement, “INS you’re not welcome and we’re not gonna cooperate with you in Seattle.” I think we need to think out of the box in those ways to be making strong political statements like that.

We need that so people feel some protection. For example, we had a parent drop a child at a preschool and a block away the INS picked them up. So this is where this thing about maybe our neighborhoods need to become sanctuary. Again we might not be able to stop them but at least we’re letting the INS know that there’s a consciousness, that they’re not welcome. That we wanna protect undocumented people.

ABOUT US
Since 1974, it has been the mission of the International Examiner to serve the Northwest’s Asian Pacific American communities by providing accurate, in-depth, timely, and sensitive coverage of issues which affect us.
Contact us: [email protected]iexaminer.org
FOLLOW US
© All Rights Reserved. Made with ♥ by drgdrp