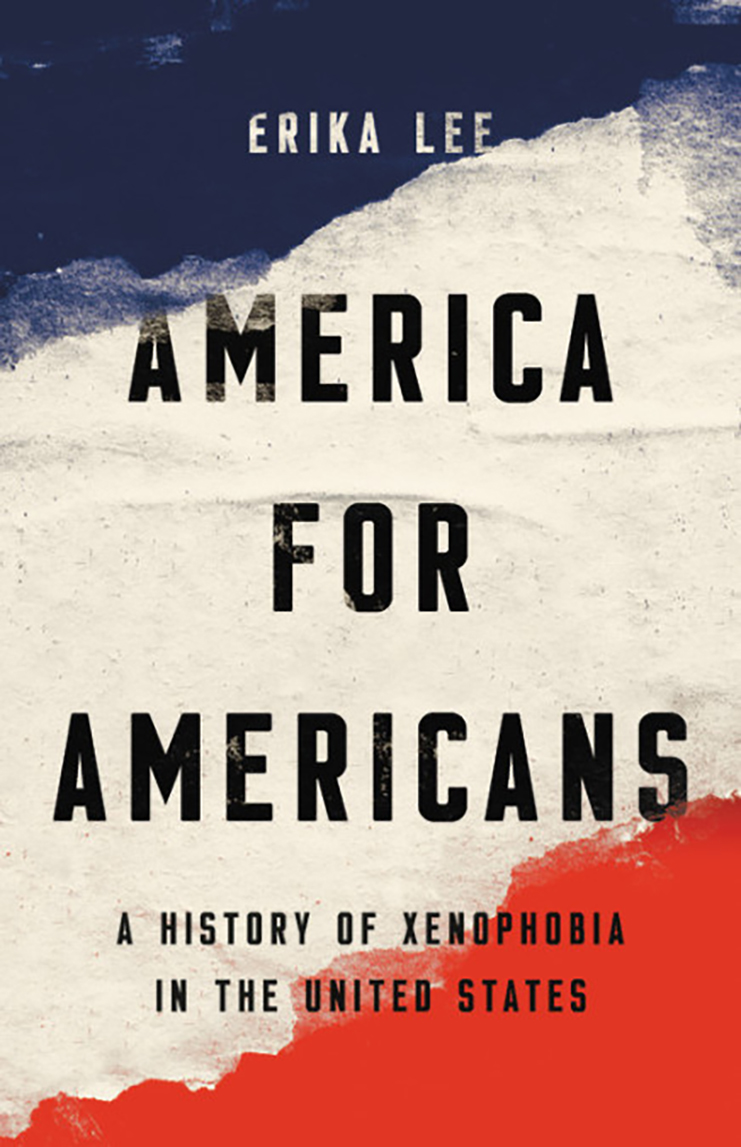 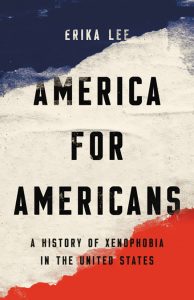 As in her prior books, including The Making of Asian America, 2015, Erika Lee lays out a detailed history of the coming of various peoples to the United States over time and space. America for Americans places various migration stories in a coherent global timeline. Until recently, much of U.S. history has been fragmented and invisible as the founding conquerors and colonizers owned and shaped institutional history to their image — White, Anglo Saxon, Protestant male property owners. Connecting the dots to provide a holistic history of the U.S. has been an exception, such as Voices of a People’s History of the United States by Howard Zinn and Anthony Arnove.

In this vein, Lee’s book, America for Americans: A Hisotry of Xenophobia in the United States, is an example of e pluribus unum. I think if it were a required textbook for high school graduation, all U.S. residents — native born citizens, naturalized citizens and non-citizen U.S. permanent residents — would take more seriously their civic engagement responsibilities. Lee demonstrates that xenophobia is an American tradition in its own right, not an exception to America’s immigration tradition.

I wish Professor Lee had named the specific xenophobia of the United States — White supremacy. Xenophobia refers to fear of the alien, the other. White supremacy clearly dictates a power differential — subordination of non-Whites treated as property or commodity, not human beings. In my view, not specifying the xenophobia is like teaching ethnic studies without first acknowledging its roots in the longest student-led strike on a U.S. campus — the 1968-1969 BSU/TWLF Strike at San Francisco States and the reasons for the strike and its subsequent legacy, the first College of Ethnic Studies in the United States in 1969.

Lee states that a reason for writing this book was to reconcile the dilemma of two Americas — one, a nation of immigrants, the other a nation of xenophobes. I wish she had used a framework larger than the contradiction of America as a nation that welcomes immigrants and as a state rooted in xenophobia. That framework would view the peopling of the United States as the subsequent stage of internal colonization that followed Third World colonization.

Lee and others describe the conditions under which xenophobia can exist but without explanatory or predictive power. Attacks against the foreigner can range from very subtle — like a frog in a pot of tepid water that escalates to scalding or death by a thousand cuts, or to very explosive, violent movements as in the 1960s and today in 2021.

What Lee points out is the fluidity of who can and cannot be White. It is not limited to skin color but blood lines and the socio-economic-political context. White supremacy is like an underlying deadly disease below the surface flaring up in certain conditions when it is in questioned by those in subordination such as in the1960s (the unpopular U.S. war in Southeast Asia, the assassinations of Medgar Evers, John Kennedy, Malcolm X, Martin Luther King, Jr. and Robert Kennedy, passage of the 1960s Civil Rights Act, revolutions against colonialism in the Third World, student movements globally, and the Farmworkers Movement) and today in 2021 (COVID 19, Black Lives Matter, climate change, deep unemployment, attacks on public institutions including the public health system, the postal service, and the decennial census of the population).

White supremacy presents a greater danger and violence in the 21st century with the realization that the White population is diminishing not just in the U.S. but globally. It has produced not just lethal weapons but weapons of mass destruction.

White supremacy over centuries really means a world empire, global domination. After extracting material resources from various continents outside of Europe, the colonizers extracted human capital from those regions to build America. First were the indigenous peoples of the Americas who resisted yet showed the European migrants how to survive in the New World. That is what the holiday of Thanksgiving acknowledges.

Through the African slave trade, the White colonizers were taught by African slaves how to cultivate the tobacco, cotton, and other industries that resulted in Southern agriculture power in the 18th and19th centuries.

On the West Coast, the descendants of what was then Mexico, along with the Chinese, Japanese, Filipinos and South Asians, were actively recruited. In the 20th century, this human capital fueled the productive American fishery and produce industries to feed the world. The Chinese and other ethnic groups were directly recruited to build the transcontinental railroad. Furthermore, the Philippines, Guam, Hawaii and Puerto Rico were seized by the U.S. in the late 19th century.

The wars that the U.S initiated in other parts of the world, namely Asia beginning with the war against the Philippines in1899 and Southeast Asia in the mid twentieth century through today in the Middle East and Afghanistan, created categories such as ‘nationals’ in the case of Filipinos, ‘citizens’ in the case of Puerto Ricans and ‘refugees’ in the case of Vietnamese, Laotians, Cambodians and Afghans.  All of the above are strictly not immigrants.

In the 20th century, the idea of America for Americans has been elegantly stated by Langston Hughes in his poem, Let America Be America Again:

The land that never has been yet—

And yet must be—the land where every man is free.

Whose sweat and blood, whose faith and pain,

Whose hand at the foundry, whose plow in the rain,

Must bring back our mighty dream again.

More succinctly and emphatically, Carlos Bulosan concluded that America Is in the Heart.  It remains to be seen what the muses and historians will say about America for Americans in the 21st century.