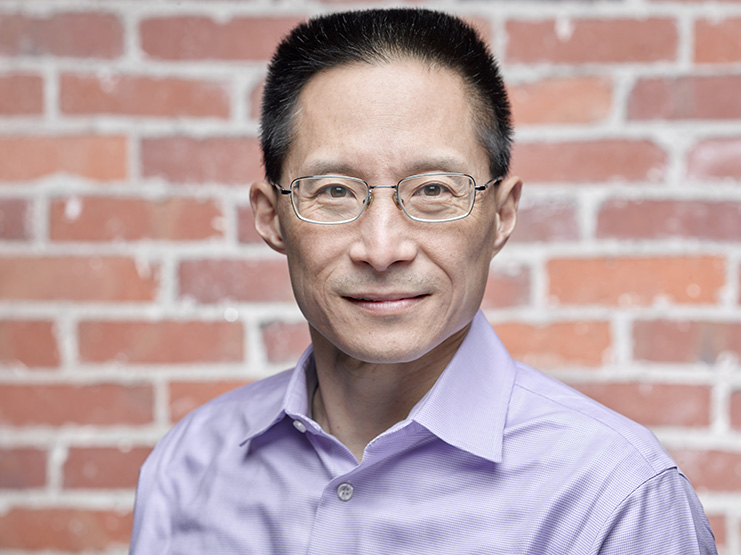 Eric Liu’s recently released book Become America is a collection of civic sermons about how Americans can re-engage as citizens in a time of extreme divisiveness in American politics. Liu’s collection of civic sermons were given in different locations throughout Seattle and other parts of the United States as part of his work as the CEO of Seattle-based Citizen University.

Liu and Citizen University aim to bring individuals together to meet one another, listen, and discuss ways to improve their communities and solve local problems. Through locally-based increased awareness and participation in communities, Liu and his team hope to create citizens who are engaged in the democratic process and in building relationships with other citizens.

Although Liu and Citizen University launched their program of civic sermons and community gatherings, called “Civic Saturdays” since they take place on Saturdays, in the wake of the 2016 election, their organization’s planning was underway before the election of Donald Trump.

“Even if Hillary [Clinton] was president, things would still be toxic,” said Liu, and said that Citizen University still would have launched. A major goal of Citizen University and Liu’s book is to get Americans to move away from a tribal mindset that demonizes those you disagree with to one where citizens are productively engaging in their communities and through this meeting their fellow citizens – even those from the opposite political party.

In a place like Seattle, where the population is overwhelmingly progressive, the Examiner asked Liu how someone should try and meet Republicans. Liu said, “Go to civic events just a little outside of Seattle, where the population is different, meet people, talk to them.” Liu cited initiatives by Seattle-area residents to go to parts of the Pacific Northwest where the majority are Trump voters, undertaken by organizations like The Evergrey.

Liu emphasized the importance of first getting to know people without focusing on their political views and connecting using shared interests and goals. This humanizes people who you otherwise may negatively lump into the category of the political opposition.

“Face-to-face rehumanization […] is a hidden gene that is not valued in our current society,” Liu said. Our face-to-face rehumanization and connection with our fellow citizens could be what Liu, in his book, calls the “hidden savant” of the 2016 election. A “hidden savant” is a previously latent and unused talent that emerges after a devastating event or injury. In other words, the 2016 election’s result was so traumatic that it be an opportunity for Americans to develop connections across party lines and re-engage civically.

In every sermon in his book, Liu displays his thorough knowledge of American government, American history, philosophy and literature to offer anecdotes and examples that can be used to re-energize civic life and re-humanize our political opponents in the United States.

Liu is a Seattle resident of nearly 20 years who came to the city for the first time in 1993 as a speechwriter for President Bill Clinton to attend the Asia-Pacific Economic Cooperation (APEC) conference. Liu, the son of Chinese immigrants who came to the East Coast by way of Taiwan, went to a high school where there were very few Asian-Americans. During Liu’s childhood, the discussion about race in the United States was literally a black and white dichotomy with little to no room to consider where Asians fit.

When Liu came to Seattle in 1993 with President Clinton, however, he was blown away by the prominence of Asian-Americans in not every walk of life. “I saw Asian-Americans playing a role in local government, business, and doing jobs in every walk of life. It was highly refreshing,” Liu said. Asians, in other words, had a clearly visible place in the community and society which stood in clear contrast to Liu’s experience on the East Coast.

In addition, Liu was drawn to Seattle because of the creative nature of the city and the surrounding region. On the East Coast, Liu said, people often had to wait their turn and pay their dues before their ideas were heard or they moved into positions of responsibility. In Seattle, on the other hand, he said he felt Seattle has an “entrepreneurial civic culture. If you have good ideas, you can dive in,” and be heard, experiment, and find outlets. The deep hierarchy of the East Coast just did not exist to the same degree in Seattle, Liu stated.

Beyond the prominence of Asian-Americans in the community and the non-hierarchical civic life, Liu was drawn to Seattle because of the natural beauty. “I had a very visceral feeling to Seattle,” Liu said. In Seattle, Liu met his wife, Jená Cane, who is a co-founder of Citizen University. He has served on the Board of Trustees of the Seattle City Library.

Liu encourages anyone interested in becoming active in civic and local community life to attend the August 3 Citizen University Civic Saturday at El Centro de la Raza on Beacon Hill. Interested participants can sign up at citizen university.us. Citizen University is a non-profit funded by grants from different foundations such as the Ford and Robert Wood Johnson Foundation, amongst others.