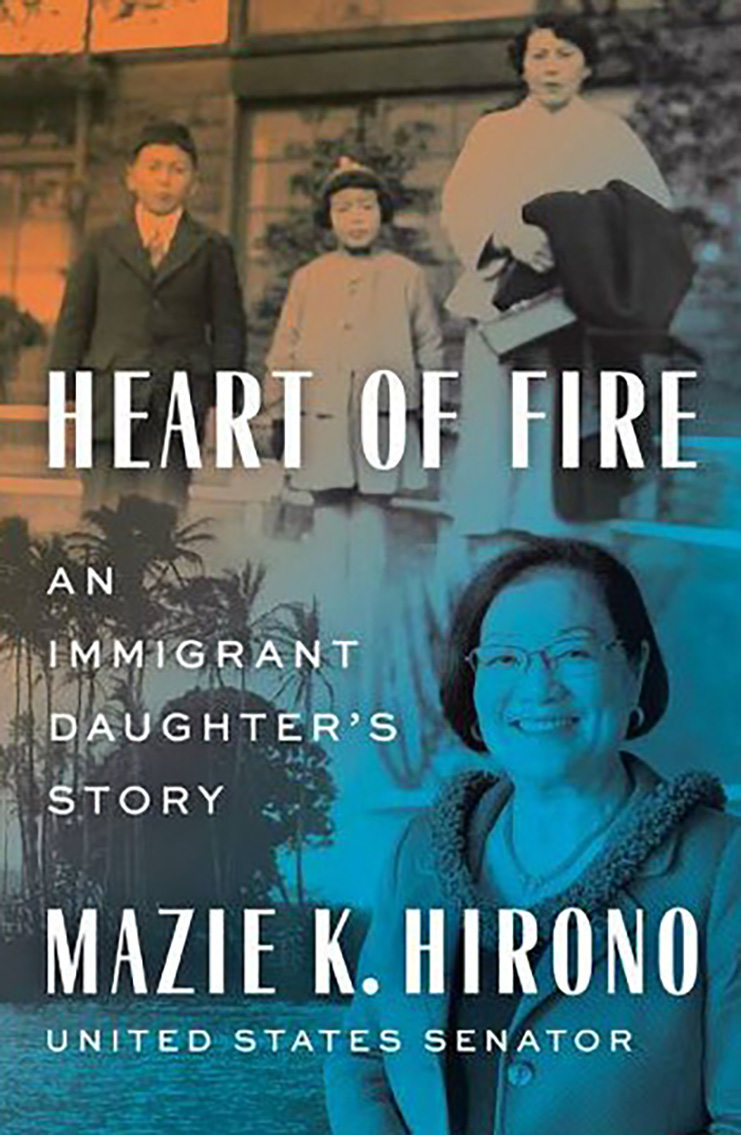 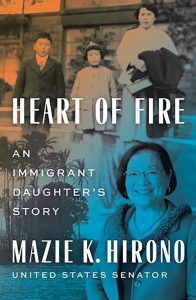 “My mother had no voice at all when she came to this country. That’s why I want to serve – to be a voice for people like her.”

A quick Google search for Senator Mazie K. Hirono will unveil her dedication to fighting for her Hawai’i community in the U.S. Senate. What is not immediately obvious is her internal fire, sparked by her mother and upbringing, that drives her to be a voice for people of different backgrounds who are incessantly forgotten about in this nation. In her memoir, Heart of Fire: An Immigrant Daughter’s Story, we also see her grow and gain her own voice while navigating the complex political battleground as the first Asian American and the only immigrant serving in the U.S. Senate. Mazie K. Hirono’s story is one to remember.

Senator Hirono shares an inspiring story of her Japanese ancestry, made up of three, strong generations of women – her grandmother, who first came to the U.S. as a picture bride, her mother, who fearlessly broke free of her alcoholic husband to bring her children across the world to the U.S., and herself, who has preserved through loss and economic and health adversities.

Her lived experiences as an immigrant are tied to everything she does today. As she writes about her childhood and leads up to her political career, it is inspiring to read about her admiration for her community and family. Her cultural and emotional roots are evident from start to finish, even in the title of her memoir. Despite her being an immigrant herself, the title shows that this may be her memoir but also belongs to her strong mother. In a culturally white, male-dominated society, she takes the fire she’s seen in her mother and nurtures it to fight for people like her.

Hirono talks about her disorienting experiences when she emigrated to the United States – the first time she tried strawberry ice cream and picked out all the “dirt” (that was actually strawberry bits) and the first time she was told to bring in a towel for a school art project. These seemingly “normal” things are written in a humorous fashion, but really make us think about the members of our communities who may have had different upbringings, but nevertheless, are equally deserving.

Despite much of the memoir talking about her political career, readers will still be mesmerized by her relatable, honest experiences. She continues to retain her authenticity and remembers the individuals who have made an impact on her life as an advocate for the people in a sexist Hawai’i political scene to a lawmaker opposing Trump’s inhumane family separation policy.

Hirono also speaks about the Me Too movement and her emergence as a figure known as the “Ice Queen.” As she fights face-to-face with sexism and racism in this country, some view her as an icy, cold, out-of-control woman, but as she has shown through her actions and words, she is ultimately an inspiring, brave woman who will continue to speak the truth and set aflame the internal fires of others in this country.