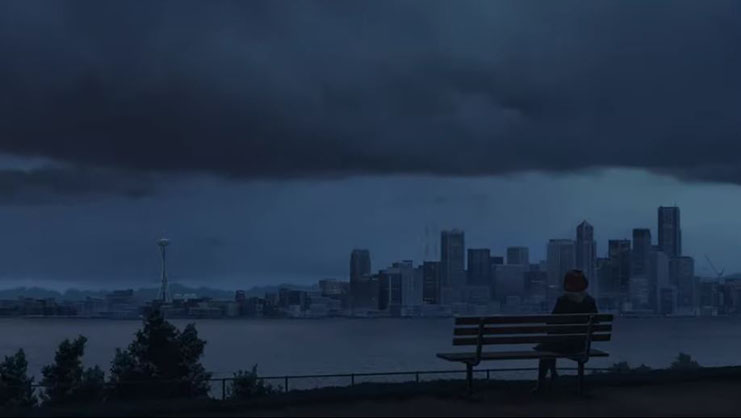 For those individuals who seek out counseling, the typical expectation is that the counselor will be a human person just like their client. Not so with Eliza, a visual novel that doubles as a video game, in which players step into the shoes of the character Evelyn and follow her journey as an employee of the Eliza virtual counseling app.

Eliza is available through Zachtronics, and was created by Matthew Seiji Burns, a game producer who creates interactive fiction as well as writing short stories and creating music. “I wanted to make games, or interactive experiences, from an early age,” Burns said, “because I saw that they combined so many of the areas I was interested in: writing, music, visual art, theatre and performance, interactivity, all into a coherent whole.”

As with many games, the inspiration for Eliza came from real-life experience. “The idea for the story originally came to me after seeing a demo for a research project that used a virtual character to get people talking about themselves while cameras measured their reactions to see if they showed signs of PTSD or other disorders,” Burns said. “It was one of those images that sticks with you and doesn’t leave your mind.”

At that time, Burns was working in the University of Washington’s Computer Science department. “I saw grad students and other researchers applying techniques like machine learning to try to solve big problems in areas like education or health care,” he recalled. “It didn’t seem so far-fetched that someone would try to develop an AI for mental health, and when I looked into it, there were already several apps on the market that took the form of ‘chatbots’ with the intent of having some benefit to mental health.”

That led Burns to look into the historical archive on artificial intelligence. “It turned out there was a long history of attempts to use chatbots and other computer technology to support mental health,” he said, “going all the way back to a program written in the 1960s called ELIZA.”

This discovery only sparked Burns’s curiosity more. “It raised questions about how we treat interactive digital characters,” he said. “For example, if you talk to some kind of animated picture that doesn’t really listen to you, but you feel better afterward anyway, is this wrong?”

But Burns wanted to get the other side of the story: the human side. “I spoke to people who had worked as mental health counselors,” he recounted. “Among other things, they told me that common forms of therapy today like cognitive-behavioral therapy (CBT) are often heavily ‘manualized,’ that is, there are predetermined sets of instructions the therapist is expected to follow.”

Burns saw the link between the chatbots that originated with ELIZA program and interactive video games today. “The programmatic design of CBT lends itself well to being put into an app, and today there are dozens of mental wellness apps that purport to include some form of CBT,” he said. “All of this flowed into the way the AI-driven ‘therapy sessions’ in the game work.” And he wanted to give credit to those early scientists, hence the game’s name Eliza.

As a designer, Burns credits his multi-disciplinary education. “When I was in school, the idea of teaching game development as its own discipline wasn’t common, so I studied writing and music and participated in theatre,” he said. “All of those things had a big impact on what I do as a game developer today.”

As did another experience of Burns’s: burnout. “The game industry is well-known for ‘crunch time,’ periods of overwork that can stretch into the months and cause physical and mental problems for the people who get caught in it,” he described. “Early on in my career, I was driven and ambitious and wanted to prove myself, so I threw myself into those situations without thinking about the consequences of treating myself that way.”

But excessive hours aren’t the only contributor to burnout. “Did you benefit the world with your contribution? Did you make it worse?” Burns had asked himself. “This is important to think about, especially when thinking about it is difficult, and might make it hard to continue doing the work you were doing before.”

Writing a character who had experienced burnout helped Burns to process his own experience. “That’s why the main character in Eliza, Evelyn Ishino-Aubrey, is a former tech worker who has to decide if she wants to return to that position or not,” he explained, “and a lot of the conversation in the game is various characters trying to convince her to do one or the other.”

Burns lets players step into Evelyn’s shoes and sort through her dilemma. “When the game starts, she’s spent some of the best years of her life working hard on something that seemed important, but somewhere along the way she lost whatever it was that compelled her to keep going,” he said. “She could come back to that type of work and make a lot of money, or she could try something a lot less glamorous and remunerative but perhaps better for her mental well-being and, if you like, her soul.”

So far, Burns has been satisfied with Eliza’s reception. “I’ve been heartened and honored to hear from many people who said they really could really feel themselves in the same emotional territory as Evelyn, facing the same questions about what to do with their lives,” he said. “I also heard from mental health practitioners who said the game captured their concerns about over-manualization of therapy and the wave of automated therapy tools that we are rapidly deploying to schools and workplaces before they can be properly studied.”

Now that Eliza is out in multiple languages on multiple platforms, Burns hopes to continue to use game technology to explore topics and questions that interest him. “I love the idea of creating a space, not simply a virtual space but a mental space too, using the combined effects of everything that computer technology can do.”