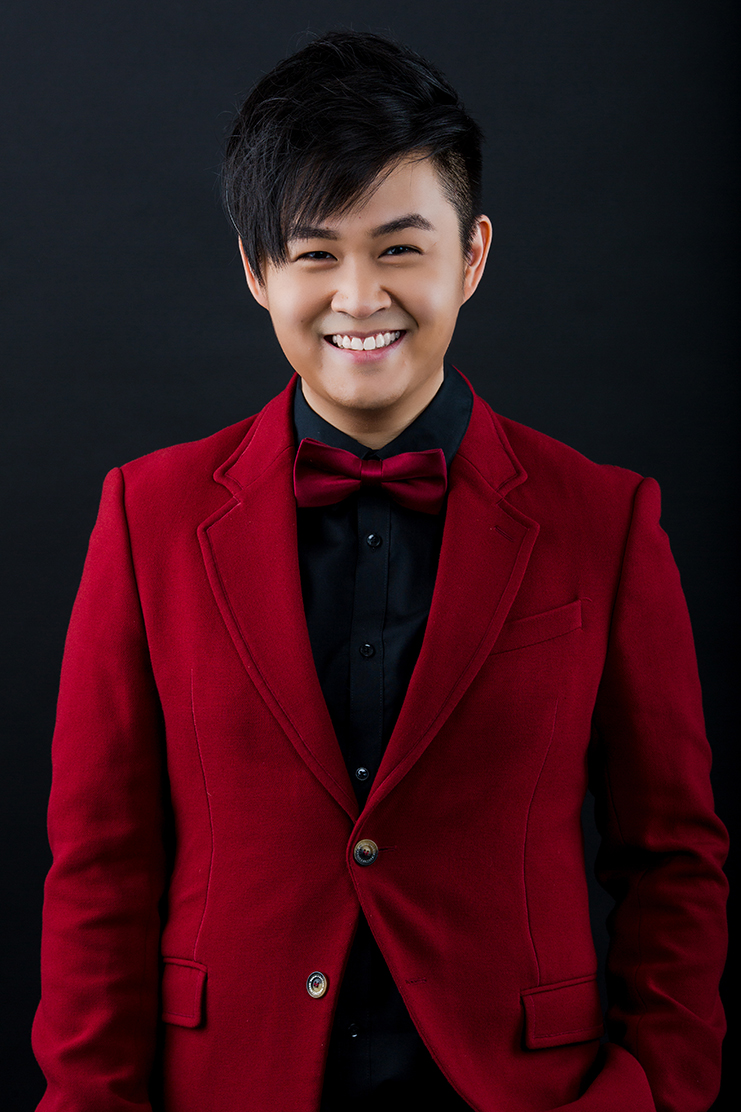 For almost two decades, the Village Theatre has hosted an annual festival of new musicals, and this year’s lineup includes Eastbound with book and music by Cheeyang Ng and book and lyrics by Khiyon Hursey. In this new musical, Calvin travels to China to seek his birth mother, while his biological brother Yun concurrently journeys to the United States on a path of discovery.

Eastbound is the story of crossing international boundaries to seek family roots as well as contemporary identity. “We wanted to tell a story about what it means to be Asian as an immigrant and the dichotomy but also similarities of being Asian-American,” Ng said. “So as we wrote more into Calvin’s story, his brother Yun came about, and the musical slowly evolved into this dual-protagonist story with a lot of parallels.”

Ng and Hursey met at the Berklee College of Music in Boston, and have been long-distance writing partners for the past four years. “When I brought the idea of writing Eastbound up to Khiyon a few years after we graduated,” Ng said, “he jumped on board and we haven’t looked back since.”

According to Ng, music has always been an important part of his life. “At age seven, I would organize performances at family gatherings, gather all my cousins and put on a show,” he said. “On family trips on cruise ships, I would sing Colors of the Wind and win whatever singing competition there was. I would never shy away from the stage.”

Growing up in Singapore, Ng never anticipated studying in the United States. “I came to the U.S. for a callback for The Glee Project back in December 2010,” he said. “It was the first time I ever travelled without my parents, and on that trip, I visited New York.”

While in New York, he got tickets to the show Wicked. “When Elphaba was singing Defying Gravity, I was crying in my seat and I knew this is what I wanted to do,” Ng said. “I never realized that would mean writing musicals — that came a lot later — but that was definitely a pivotal moment for me to pack my bags and go to school at Berklee.”

His second insight relates to self-esteem. “Define your own success, and not how other people view you,” Ng said. “It’s important to see where you started and where you are now and value every triumph.”

Ng believes that personal integrity can lead to the kind of fruitful collaboration that Ng enjoys with Hursey. “When you’re honest, you attract the people who are equally honest and are drawn to that energy,” Ng said. “Then you’ll build a community of people that you can trust, that you’ll want to work with over and over again, and most importantly, this community will grow and rise with you.”

Ng and Hursey have also tackled the challenges of being bi-coastal, with Ng in New York and Hursey in Los Angeles. “We schedule few days at a time where we clear out our schedules to meet every few months, just to write,” Ng said. “And through workshop processes, we also get a lot done during that time together.”

Ng described their creative process as highly collaborative. “We do everything that has to do with story together,” he said. “We imagine scenes, arcs, debate plot, and argue about choices.”

The duo begins with a more global view and then works toward the details. “I usually start with figuring out where song moments exist in the show,” Hursey said. “Once Cheeyang and I have done that and assembled some sort of outline, I usually start writing scenes. Then Cheeyang and I will discuss and rewrite. And we do that until we’re done!”

Hursey has found Eastbound to be a great learning experience. “My working relationship with Cheeyang involves a lot of investigation, primarily about Chinese culture,” Hursey said. “There usually is never a clean-cut answer and that’s the most invigorating part.”

Both artists embrace experimentation. “We challenge each other and we’re also extremely willing to explore different directions that the show could go,” Ng said. “We’re not afraid of ‘killing our babies’ and trying something new every time we do a rewrite.”

Trying something new is precisely their plan at the Festival of New Musicals. “Basically what we’re trying in this version for Village is a completely new premise and draft,” Ng said, “while being informed by a lot of what we’ve learned about our characters in our four years together.”

“Eastbound” will be presented on August 11 as part of the 19th Annual Festival of New Musicals at the Village Theatre, 303 Front Street North, Issaquah.