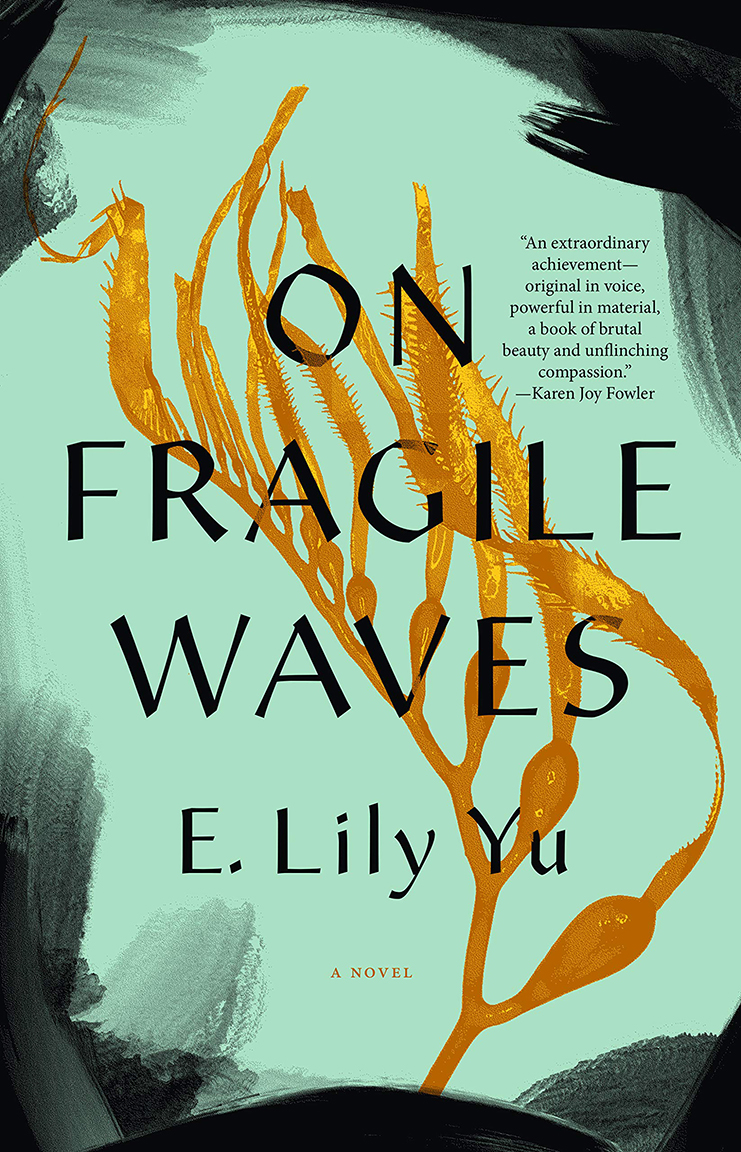 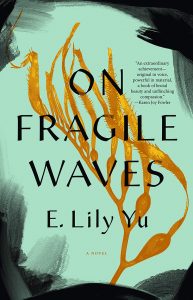 Perhaps it’s the effect of 18 months in isolation, or the aftershock of the bitterest presidential campaign in recent memory, or the evolution of our collective conscience, but opening a conversation with the word “immigration” is almost as risky as “masks” or “policing.” No matter what we mean to say, someone’s bound to get angry. Enter E. Lily Yu’s debut novel, On Fragile Waves. Writing about Afghan refugees fighting deportation seems hazardous for a budding author, but Yu avoids political tripwires by creating an immigrant drama that unfolds completely outside the United States.

Nine-year-old Firuzeh doesn’t know why her Atay (father) is taking their family away from everything she loves about Kabul – especially school. “We will ride a bus to Jalalabad tonight, just as Rostam rode Rakhsh to challenge the White Div,” her Abay (mother) whispers as she packs Firuzeh’s shirt. “In Jalalabad we will change buses the way Persian warriors changed horses and ride to Pakistan. It will be like a story.“ Abay has a story ready for everything she imagines Firuzeh and her brother, Nour, will encounter on their journey – everything except the reason she and Atay are taking them to Australia in the first place. Yu uses this imposition of new on old, modern on traditional, remembered on forgotten to create a complex tapestry of dreams and nightmares as the back drop for the Daizangi family’s trek from Kabul to Perth.

Abay’s stories explain the long bus ride followed by a week in a Pakistani hostel, but they falter once the family touches down in Jakarta. How can Atay and Abay camouflage that they’ve been tricked? That sailing across the Indonesian archipelago in a fishing sloop packed shoulder-to-shoulder with dozens of other refugees was never part of their plan? Firuzeh gradually perceives this with the help of Nasima, the worldly daughter of an ex-government official who befriended her at the beginning of their journey. But neither girl is prepared for the storm that washes several people overboard – including Nasima.

If Abay’s stories are becoming worthless, so is their destination. The sloop is picked up by the Australian Navy shortly after the storm, but the refugees are sent to an internment camp on the island of Nauru. Nauru is also where we discover Yu’s real purpose for the novel. Until now, Australia seems everything that America is not – the place refugees can flee without a visa, the place no one is turned away, the place that welcomes Muslims with open arms. But the internment camp, with its canvas tents, inedible food and heartless guards, reads like something transposed from our own border. We can’t dismiss Yu’s depiction as a thinly-veiled rant, however; a quick flip to the back of the book reveals she interviewed refugees and asylum-seekers before depicting the camp on Nauru.

But even worse than the Daizangi’s daily life on Nauru is their interminable wait to enter Australia, especially since officials insist Afghanistan is “safe now.” The Daizangi’s are eventually “accepted,” although it’s unclear what distinguishes them from their fellow-refugees. This hiccup occurs at various points throughout the novel; still, our confusion isn’t detrimental since we’re experiencing the journey through the eyes of a child and her non-English speaking parents.

We’re no longer surprised when the Daizangis arrive in Perth and find the “Australian Dream” is the opposite of what they’d hoped. Atay struggles to find work on a temporary visa, bills accumulate faster than paychecks, and Firuzeh – now in junior high – despises mediating between Abay, persistent creditors and her own unsympathetic Western friends. Yu introduces, then removes, minor characters at breakneck speed to solidify her social criticism: We meet a well-intentioned but ineffective social worker, a college student-turned-English-tutor, several friends and parents at Firuzeh and Nour’s school, and even an “American writer” we can only assume is Yu herself. These cameos work on a certain level since Firuzeh’s family is bewildered by the rapid, disjointed motion of Western society, but on another level they distract readers from the Daizangi’s impending doom. What will happen when their temporary visas expire?

Political and social implications aside, On Fragile Waves is beautifully crafted and many books are worth reading for that alone. Yu’s voice has a distinctive lyricism, and her choice to intersperse traditional folklore throughout the narrative lends a dreamlike quality to even the novel’s graphic episodes. As Nasima tells Firuzeh near the beginning of the novel:

“You put bits of stories together to make a home or a family. Some you’re given, and some you make by living. A nightmare is when the ugliest, most ferocious pieces clump together and go hunting for other stories to eat…Break a nightmare into little bits of story, and, bam. No more nightmare.”

It’s Yu’s ability to break a humanitarian nightmare into bits of story that lulls us into listening, the way Abay’s stories lulled her children to sleep before the war. And perhaps that’s what’s so elegant about On Fragile Waves. Perhaps setting this incendiary topic in a fresh location can quiet our minds enough to consider it from a different perspective.