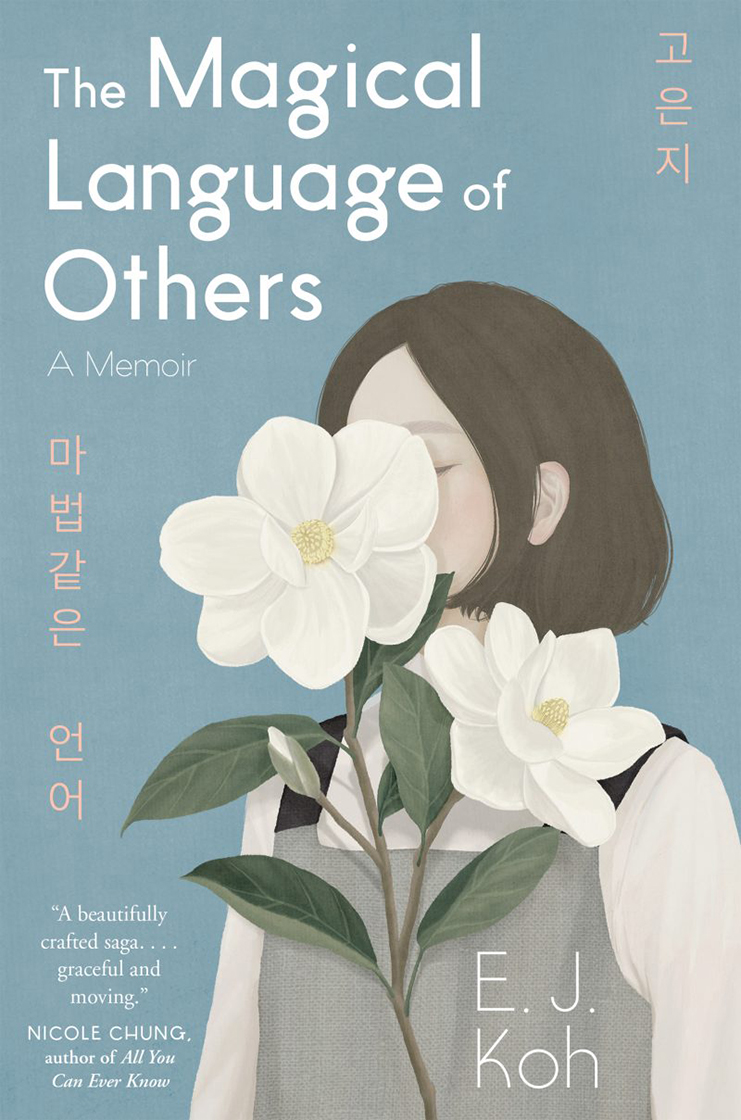 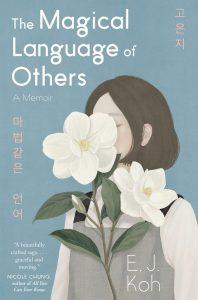 In her unique memoir, The Magical Language of Others, E.J. Koh brings readers through a turmoil of emotions as she interlaces original handwritten letters from her mother with her own recounting of important moments in her life. Not only does she open the doors to her conflicting, intimate relationship between her mother and herself, but she also shares stories from the women who lived generations before her.

Korean-American Eun Ji offers a unique Asian-American perspective on family and how to cope with the consequences of when her parents leave her and her brother alone in California as they venture off to Korea for years due to her father’s job. Her mother yearns to hold onto what is left between them by sending letters asking for forgiveness and love, but throughout the whole novel, readers question if the relationship can ever be mended, especially since they no longer even share a language. Eun Ji really only knows English and her mother really only knows Korean. It isn’t until she attempts to translate her mother’s letters, years later, when she starts to understand who her mother really is.

This memoir is a love story between mother and daughter who are pulled apart geographically and by language. Raw emotions are pouring out in two different forms, from the Morning Glory stationery papers filled from top to bottom in bubbly Korean to Koh’s beautiful yet horrific imagery-filled writing. By including the letters, there also comes a greater sense of authenticity. Even though I cannot read Korean, her mother’s efforts are clearly visible as she attempts to write some words in English. Some words are written larger than others, putting greater emphasis on words like “I Love You, Eun Ji” and “miss you.” There are even little cartoon drawings.

For some readers, it might be easy to just skip through these letters since they are mostly all in Korean. But looking through the letters is like analyzing art. You do not really know what the artist is trying to say at first glance, but the more you stare at the piece, the more you put together answers toward its meaning. What are Eun Ji’s mother’s true intentions? Is she just overcompensating for leaving her children behind? Or does she truly believe that the love between them is just as strong?

Koh’s memoir also explores the strings that tie her to her grandmothers’ stories as well. There are traces of intergenerational trauma and how it impacts the ways in which Eun Ji understands, copes with, and attempts to heal from the trauma. The memoir can be a bit disorienting as it jumps from different points on the timeline as a different generation’s story is told. And yet, in the midst of the retelling different stories, Koh’s emotionally heavy writing shines through to make you feel as if you were living with her through the trauma of suicidal thoughts and eating disorders. All these moments in her life impact one another and play into the grander scheme of Eun Ji’s growth process as a result of a disjointed family.

Koh’s writing is magnificent and filled with so much raw emotion in sharing the intimacies of her life. This is a memoir that needs to be read more than once in order to fully grasp all the sensory details that are thrown at readers. Koh artistically pulls at every single emotion on the spectrum in order to show her journey in reorienting herself through language and love.