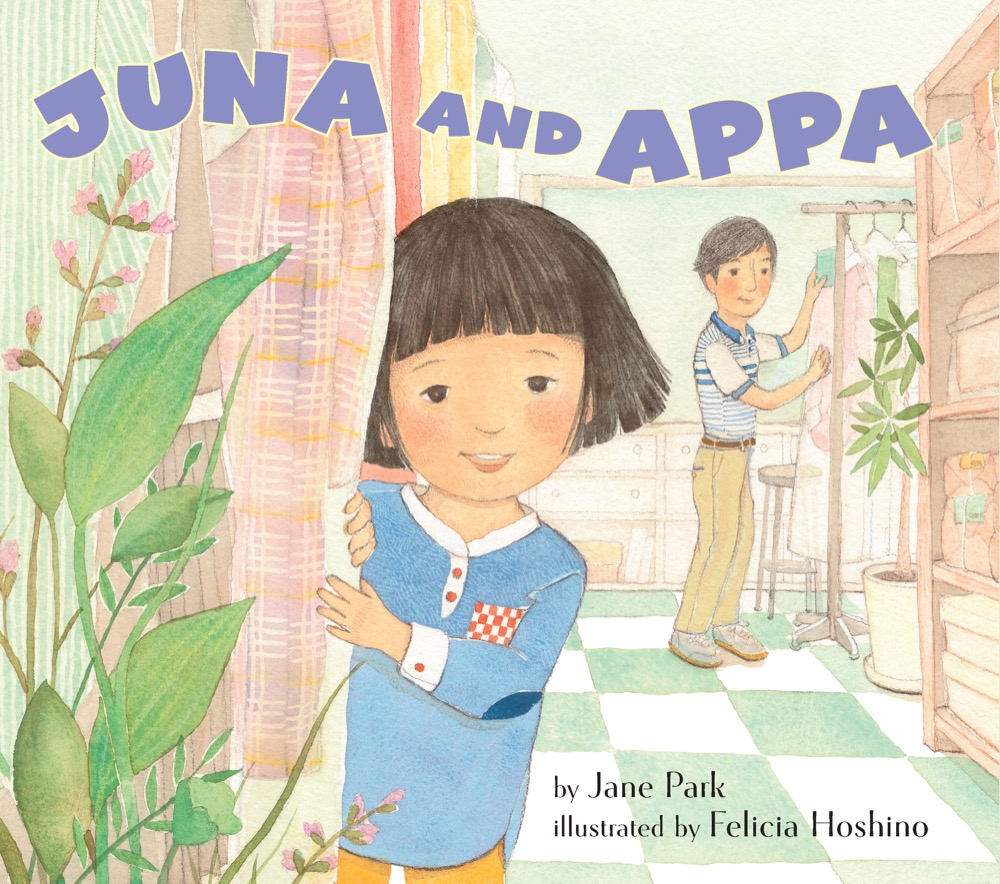 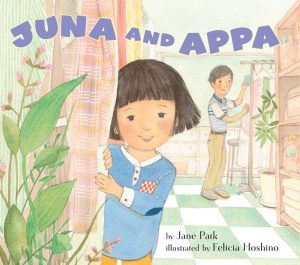 As a child, I could count the times when I saw my father cry. Of course, he would never admit it when I approached, but I knew what red-puffy eyes meant, or sniffling your nose like you have a cold when it wasn’t really cold. He was quiet, but his love was vocal in the way he saved the last piece of food or how he would tell us stories of village-life every night despite his stuttered S. He was a hard-working man, but even some days took their toll. As a child, I didn’t know what he did or what made him like “one of those days”, but equipped with determination and imagination, I knew I had to help.

Juna and Appa, an “ode to fathers” by Jane Park details a loving relationship through hardship between a father and daughter. Juna, a young girl who helps her Appa in a dry cleaning shop, goes on a dream-like journey to find a customer’s lost button. Determined to find it, she meets gigantic cuddly-bird and louder-than-life frogs, all-in in hopes of wiping the worry off of Appa’s face. It is a story of love, it is a story of determination, it is a story of hardship. It is a story about the ever-permanent relationship between daughter and father through tough-times.

Whenever I saw my dad having “one of those days”, like Juna, I took up my imagination and traveled to lands mystified. I talked to the cuddly-hamster in the laundry-bin, and argued with the flaming dragon on the kitchen stove. It was difficult, but I was comforted by the memories of my dad saving the last pieces of food or telling me his stuttered stories. I understood what “one of those days meant”, the look on his face as he came home said it all. It was the feeling of continuing on through hard-times for someone you love. So for him, cheering him up no matter how hard it got would always be worth it; as long as I could say again and again, “Don’t worry Dad, I got it!”