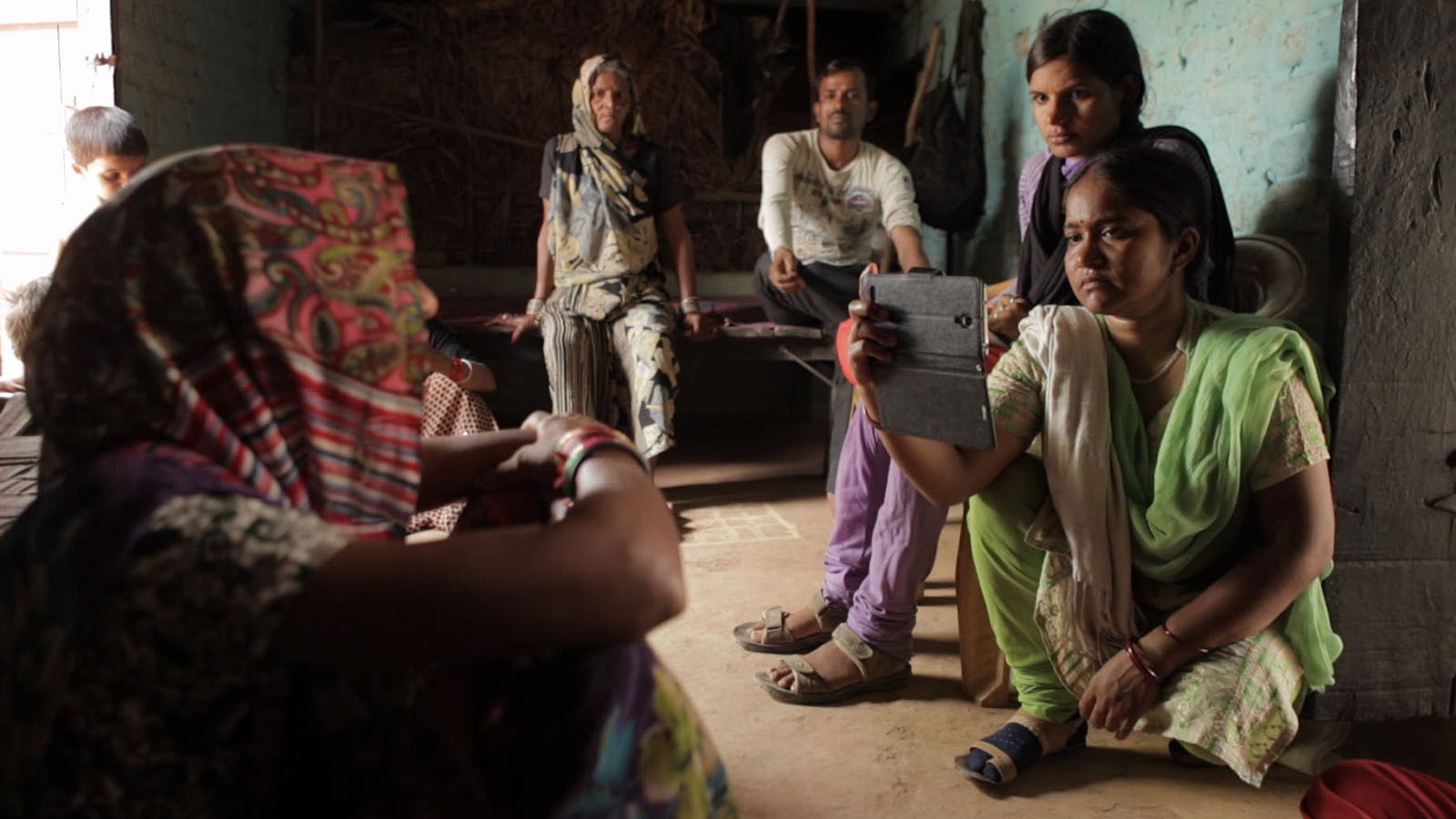 Khabar Lahariya, a grassroots news outlet started in 2002 as a weekly print newspaper and later pivoted to the digital platform with its own YouTube channel (with more than 150 million views). This gritty all-women team investigates and follows stories on a range of issues – the 2018-2019 national elections in India, the mining mafia in the state of Uttar Pradesh, corruption, gender-based violence, police indifference to crimes, religious fanaticism and jingoism. Social justice and advocacy for the marginalized remain at core of their work with senior reporter, Meera reiterating, “Journalism is the essence of democracy…This is how one fights for justice in a democracy.”

The premise of the film is significant on two counts – this is an all women-run newspaper in a notoriously male dominated/upper caste profession in India. And it is operated by Dalit women, who do not even figure in the highly problematic caste system in India because they belong to the “untouchable” caste. Despite her impressive professional achievements, Meera carries her “caste as an identity on my back, maybe till the last day of my life.”

The common arc of the narrative is the courage of these women in highlighting issues affecting communities across the heartland of India at great personal risk, family pressures, and the hostility of the outside (and their inner) world they must navigate each time they step out to report.

The obstacles are many – landlords not wanting to rent to women reporters because of their irregular timings, Suneeta’s family pressure to marry, Meera’s husband grudgingly admitting that he expects the newspaper to fail (Khabar Lahariya is in its 19th year of operation), while insisting that her primary “duty” is to look after the home. Shyamkali’s husband beats her to prevent her from working, often stealing from her earnings. They are candid when they talk about their reality attesting to the comfort level with the filmmakers, who are genuinely interested/invested in these women.

The journalists don’t have fancy cameras, and the reporting is done entirely on their mobile phones, even if something as basic as charging her phone is a daily challenge because there is no electricity in Suneeta’s home. Shyamkali’s naiveté and vulnerability is raw as we see her struggling to understand how to operate her mobile along with her difficulty in learning English. She is mentored by Meera, and we see the trajectory of Shyamkali’s growth as a reporter, gaining confidence with every story she covers. A touching scene in the film is when a rapist is prosecuted after Shyamkali’s story is published, a direct impact of Khabar Lahariya’s tireless work.

It is impossible to not get emotionally involved with the women. You are rooting for them, cheering from the sidelines. You want them to continue their work fearlessly, even as you worry for their safety.

Writing with Fire reiterates the groundbreaking work of these women warriors in ensuring that their stories get visibility, and that grassroots journalism is an effective and powerful tool in disrupting structures of power, patriarchy and political corruption.