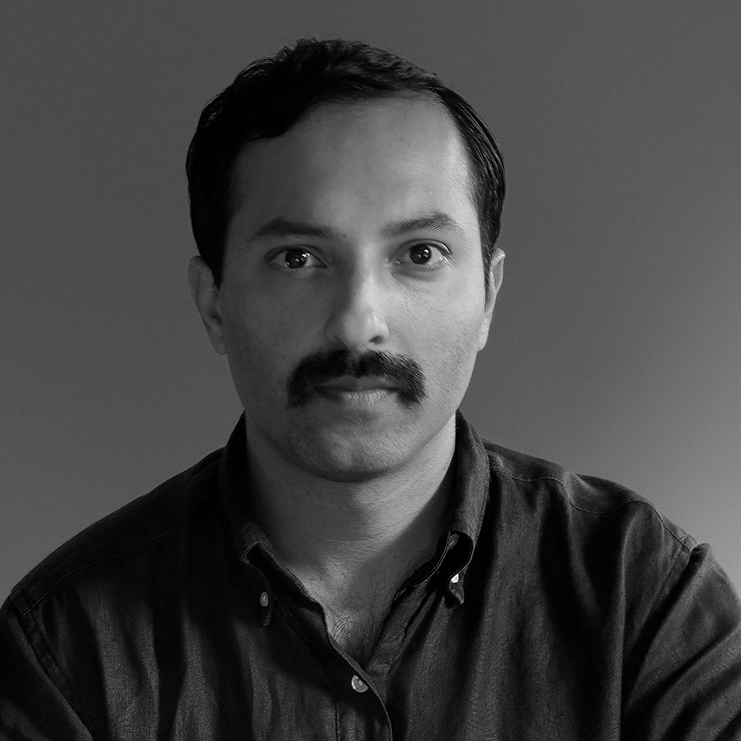 Ahsen Nadeem’s directorial debut, Crows Are White (review in the IE here, scroll down), chronicles his personal journey to bridge the gap between him and his parents while seeking enlightenment from the secluded Buddhist monks who live on Mt. Hiei outside of Kyoto, Japan.

Having grown up in a traditional Muslim household, first in Saudi Arabia and then in rural Ireland after the start of the Gulf War, the adult Nadeem struggles to reconcile who he is with the version of himself that his parents expect him to be.

Filmed over the course of five years, the resulting documentary is both quirky and intimate, focusing primarily on the director and several key supporting characters: Kamahori (a monk attempting a rigorous physical challenge in order to achieve the highest rank in the Tendai order), Ryushin (a young monk who doesn’t quite fit in and befriends Nadeem) and Dawn (Nadeem’s non-Muslim partner whom he is afraid of his parents finding out about).

The day after its world premiere at this year’s SXSW festival, the director spoke to the IE about his film, his family and what we can all learn from our new favorite monk Ryushin.

Misa Shikuma: How did you first become aware of the Tendai monastery? What was the process like to get their approval to film them?

Ahsen Nadeem: I came across a few pictures that a photographer had taken of their rituals but there was really very little to find online, especially in English. The physicality of what they were doing was so unique, [that] I was immediately curious to explore that world. And the little that I did find out about how strict they were spoke to me because I grew up in a really orthodox religious background. I spent a year trying to get in touch with them via phone and email, and once I ran out of luck the following year, I thought I’ll just go to Japan and go up the mountain and knock on the doors of the monastery. Initially the community was very guarded but over the course of that year I returned two or three times and eventually they allowed me in.

MS: So they saw that you were really serious about it?

AN: Yes. The funny thing is that one of the monks actually asked me, “Are you aware of this documentary by an American guy, David Gelby, who did Jiro Dreams of Sushi?” I was like yeah of course, it’s a great movie. And he said, “I hope your film does what that movie did for sushi for our monastery.”

MS: No pressure! Watching the film, it’s interesting to see the parallels between the monks’ rituals and the practices that you grew up with. How much did you know about Buddhism before you started reaching out to them and filming them?

AN: I wasn’t that well versed in Buddhism. I’ve always been interested in figures of faith. What I’m most curious about is the tension between having to conform to a tradition versus modernity. And here these monks are continuing traditions that have been on this mountain for over 1,200 years!

MS: Did this process during production make you feel compelled to revisit or incorporate religion into your daily life?

AN: It was a gradual process. While I was there I realized I’m kind of just grasping at the surface of things – of their practice, of their rituals, of their internal state. Also, I’m trying to answer questions like what does it mean to represent faith? How do you capture an interior state and put it on screen? At a certain point I realized that the only way to get beneath the surface of their practice was to examine beneath my own surface. And that’s when I really started examining my own relationship to faith.

MS: Ryushin is one of the more comedic and fascinating elements of the film, because he is so candid and unfiltered. When you were filming him, were there any concerns about how much he was revealing? (For example, the Tendai monks have a ritual wherein they spend ninety days of solitude in darkness, allegedly without sleeping; Ryushin cheerfully recounts how he slept at least eight hours a day during his trial).

AN: I was always more concerned about it than he was. We talked about it at great lengths – his participation and what it would mean for the monastery and what the consequences would be. He always felt that he didn’t really have a voice and that this film would be a platform for him to share his story and hopefully inspire others that might find themselves in a similar situation. I really empathized with him. Everyone can relate to trying to strive for a sense of belonging, and to be respected and be seen.

MS: Are you still in touch with him?

AN: I screened the movie for him two weeks ago. I think he was pleasantly surprised at where the story went, and I think it’s rare to see a subject change so dramatically over the course of a film. For me that’s so beautiful to witness his journey and his character arc. But then, also, it’s rare for filmmakers’ lives to be so profoundly transformed by the experience as well. I feel very lucky and privileged that the monks have allowed me in and that Ryushin had such an impact on my life!

MS: Have other monks in the monastery seen it yet? How do you think they’ll respond?

AN: At the moment we’re not allowed to go to Japan because of [COVID] and I’m hoping that this summer I can go there and present the film to them. I hope that they embrace it. The movie shows both sides of the monastery, and I think one of the most beautiful things is how it impacted a non-Buddhist person’s life.

MS: What was it like when you were filming on the mountain following Kamahori? (He in the midst of completing a ritual involving walking for 1,000 days over the course of seven years, and if he fails tradition dictates that he commit suicide). I imagine trekking with camera rigs and whatnot is not easy.

AN: I think what’s most impressive is watching Kamahori moving through the environment and that space with such grace and elegance, and how myself and the crew were the opposite of that. You realize it really takes a great deal of discipline, commitment, and physical athleticism to be able to accomplish something like that. He was walking the entire duration for seven to eight hours [a day] while we would be filming at a certain point, and then scrambling, getting into our cars and going to the next point to capture him walking through the frame. In the film you see us kind of unraveling trying to keep up with him.

MS: I liked that you included that, because it really emphasizes how hard and extreme it is – what they do on that mountain. One of the takeaways I got from your personal journey throughout the film was the unpacking of – or grappling with – the ways in which religion had lingering negative effects on you. Perhaps even traumatized you. To what extent do you think you were self-aware about this before you made the film, or was the production process a form of therapy?

AN: I think I was always grappling with those questions and that’s one of the reasons that I went there, and then those things bubbled up from the subconscious to the conscious. And just being in that environment triggered a lot of responses. What’s interesting to me is I can see that having certain expectations of living up to a painful ideal can be traumatic, but it can also be inspiring. When I see Kamahori complete his seven-year journey, it’s inspiring and I feel like it gives a lot of his followers, whether they’re at the monastery or just lay people, the power to look within and transform. Because he’s a normal human being doing this extraordinary thing. But then when you look at me or Ryushin, having to live up to that painful ideal…that can lead to trauma.

MS: What do you hope the people take away from the film?

AN: I think that everyone will find a different meaning depending on their experiences. I know what Ryushin taught me is the importance of staying true to yourself and trying not to change yourself to meet the expectations of others. Like, yeah, he’s a Buddhist monk, but he sometimes drinks and eats meat, and that’s okay! And not to have religious guilt over it because that’s how life is.