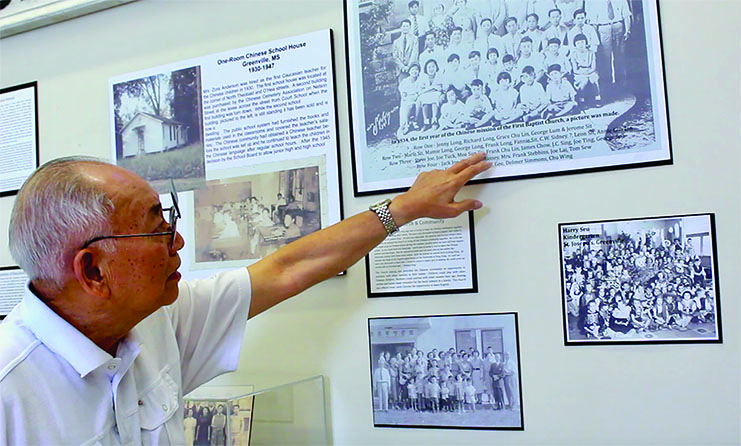 The award winning documentary Far East Deep South tells the story of a Chinese American family searching for their roots, but ending up finding so much more. The film is the work of husband and wife team, Larissa Lam (director) and Baldwin Chiu (producer). The California-based couple said they had originally planned the project as a gift for their daughter so she could learn more about where her family came from. But that journey did not lead back to China as they initially expected. Instead it took them to the Deep South and into the once segregated fabrics of the Mississippi Delta.

Having garnered rave reviews and numerous awards since it began screening last year, Far East Deep South will be among the 120 films featured at the 9th Annual Seattle Asian American Film Festival (SAAFF). The documentary began with Baldwin Chiu standing on a dock overlooking San Francisco Bay with the majestic Golden Gate Bridge in the distance. Here, he recounted the scenario many Asian Americans have likely encountered growing up in this country.

“Meeting people, they tend to ask, ‘where are you from’, and I would tend to say I was born in San Francisco and I was raised in Sacramento,” said Chiu. “But then many times they will ask where are you really from? I know what they are trying to ask, and basically my answer is my dad was born in China, but honestly, I don’t know anything else more than that.”

The search for that answer was initially portrayed in Lam’s 2015 directorial debut, Finding Cleveland. Lam and Chiu expanded that 12-minute short film into Far East Deep South, a 76-minute feature documentary which traces the Chiu family’s immigrant story from Southern China to the American South. It’s a story that took some surprising turns along the way, especially for Chiu’s father, Charles Chiu, who through the course of the film learned more about the life story of his own father, K.C. Lou. Chiu expressed at the beginning of the film that he had very little memory of his father as he was growing up in China. He only had one photograph with Lou when Chiu was very young, before his father moved to America.

In Far East Deep South, the Chiu family learned through conversations with local residents and historians in Mississippi the rarely told history of how Chinese immigrants in the late 1800’s to the mid-1900’s were impacted by the Jim Crow era and the Chinese Exclusion Act. The federal law, which passed in 1882, was meant to restrict the immigration of Chinese workers to the U.S. The legislation also meant K.C. Lou was not able to bring his family to live with him in the U.S. before he passed away in 1946. Before his death, he ran a grocery store in the rural Mississippi town of Pace where he formed a bond with many people there, including those in the African American community.

The film explored the complex relationships Chinese immigrants had with Blacks in the Mississippi Delta, and how they were able to help each during segregation and that long lasting impact of that dark period of American history.

One of the more moving moments of the film showed a visit to the Mississippi Delta Chinese Heritage Museum in Cleveland, Mississippi. That city is where Lou was also buried. Through the historical archives at the museum, the Chiu family found more stories and pictures of Lou and even a bible belonging to him. That unexpected discovery was enough to bring Charles Chiu to tears.

It’s pretty clear that Far East Deep South started as a passion project for one family, but Lam and Chiu used their storytelling skills to show how this story is also a universal one for so many immigrants in this country. Especially those who still feel like perpetual foreigners trying to find what it means and how it feels to be a part of American history.