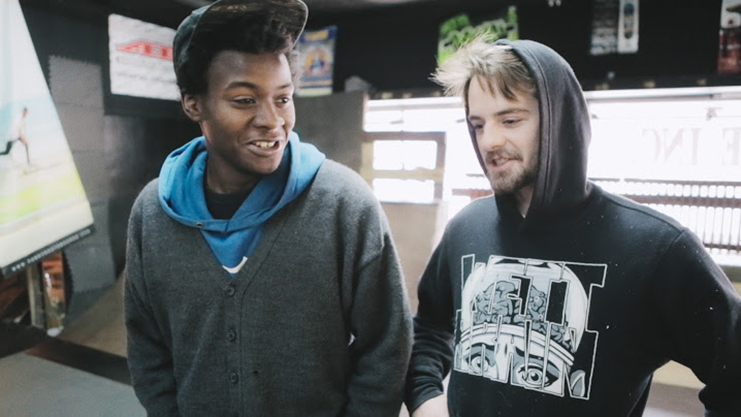 Minding the Gap, a documentary film made by Bing Liu and produced by Diane Moy Quon, has been nominated for Best Documentary Feature in the upcoming 91st Academy Awards, which will take place on Sunday, Feb. 24, on the ABC network at 5:00 PM.

First premiering in the 2018 Sundance Film Festival, Minding the Gap has garnered countless accolades with critics calling Bing Liu a promising emerging artist. It has won numerous awards, including the Special Jury Award for Breakthrough Filmmaking in Sundance. Most recently, it aired on PBS’ POV series on Presidents’ Day.

Minding the Gap takes place in Rockford, Ill., part of the American Rust Belt, and takes a closer look at the skateboarding community, where abusive relationships seem to be prevalent among the families of skaters, something Liu can attest to personally since he was abused by his stepfather. The election of Donald Trump made it clear that the working class had long been forgotten, pushing some to the fringes of society. This documentary is all the more relevant to our times as it focuses on a problem ailing a group within the working class community. For Liu and many others, skateboarding was a way to escape the fear and anxiety associated with their home, creating a close-knit bond with a cohort of peers who would much rather be outside perfecting their art rather than dealing with problems they had no control over at home.

“I always think of skateboarding and the skateboarding world as a perfect example of what Karl Marx calls ‘The Lumpenproletariat,’ these young people who are sort of on the fringes, who sort of feel disinvested and forgotten by larger society. I think that represents a lot of people outside of skateboarding and not just young people,” he explains in an interview with the University of Illinois-Chicago. “In this day and age, there are a lot of young people who feel forgotten and not visible. It became a perfect community from which to tell these stories.”

The title Minding the Gap has connections with skateboarding. As Liu explains in a Sundance interview, “Skateboarding is 90 percent mental. If you can imagine, you can do something. You most likely will be able to do it. So we apply that same idea to growing up and bridging gaps between fathers and sons, and men and women, and daughters and mothers, and mothers and sons.” The movie spans a course of five years, the latest footage being as recent as 2017.

When Liu finished high school, he attended community college in Rockford and managed to escape the oppressive confines of his home after getting his associate’s degree in 2008 when he got the opportunity to study at the University of Illinois-Chicago. Even though Liu seemed to have a camera as a third appendage, he never thought of filmmaking as a viable career until he got his first job as an assistant in a film crew when he was 19. Discouraged from studying film in school by professionals in the field, he majored in English literature, intent on becoming a teacher or writer.

After graduating from the university in 2011, he got a job in a cinematographer’s guild in the camera department. On the side, he traveled around the country, interviewing and recording videos of skaters, something he had been doing since he was 14. It was through these interviews that Liu first noticed the pattern of abuse between fathers and sons. He wanted to explore this issue further by creating a documentary that focused on father-son relationships, masculinity, and what it meant to grow up. When people think of skaters, a white face probably comes to mind, but Bing’s subjects are multiracial. Two people stood out to Liu during his interviews: Keire, a 16-year-old black male, eight years his junior, and Zack, a 23-year-old white male who was expecting a child with his girlfriend Nina.

The third subject of the movie is Liu himself. Initially, he was adamant about including his experience, namely due to stylistic issues since he did not want to be put in a position where he had to use voiceovers, a narrative technique he found to be self-indulgent and overly contemplative. It wasn’t until he did some test screenings of some early edited versions of the film where people showed interest in hearing his side of the story that he seriously considered sharing his experiences as well.

Liu shifts focus in the middle of the film when he discovers Nina split up with Zack because he physically abused her. Having a mother who put up with physical abuse for 17 years, Liu agonized and wrestled over whether he should address this problem in the documentary by approaching Zack directly. He even took a 48-hour domestic violence course to help him figure out what he should do. After going through a regimen of domestic violence exercises and discussions with advocates and domestic violence counselors, he decided to address this topic, but in an indirect way since he had promised Nina he would not reveal this knowledge to Zack.

Keire, Zack, Nina and himself all embody the aspects of abuse and growing up that Liu set out to explore with the documentary. With Keire, Liu explored the relationship he had with his father who passed away when he was younger. His parents had been separated prior to his death, and Keire had lived with his father who enforced a harsh discipline style. As Keire matures and gathers some milestones such as his first job and the purchase of his first car, he starts coming to terms with the mixed feelings he has about his father’s parenting style as he realizes why his father was so hard on him.

A bulk of the documentary revolves around Zack, who has not lived with his parents since he was 16, and his relationship with Nina and their son. Zack would give the whole universe to his son if he were capable, but from an early start, he understood he lacks the ability to give everything he wants to give. Failing to maintain a skate park business and finding it difficult to stay at home with his son for extended periods of time, he drifts from city-to-city, exploring his options and skirting his responsibilities as a father. Liu also manages to get Zack to confront his role in the abusive relationship he had with Nina.

“I don’t want my son…just don’t want him to grow up [messed] up like me, you know?” he says to Bing. “Can’t let myself think that the reason I have to struggle so hard is because I suck.”

With himself, Liu, who has never had a close relationship with his mother because she was always working, tries to understand why his mother stayed with an abusive man who hurt her and her children. He interviews his mother and explores the questions that have undoubtedly been plaguing him over the course of his life. For all of them, the documentary gave them an opportunity to examine, question and discuss the decisions and events that have shaped them to be the people they are today.

As Keire notes in the film, “It’s almost like free therapy.”

Minding the Gap is a film that is at once heartbreaking and hopeful all at the same time. This film makes it abundantly clear that the American Dream can be elusive and arbitrarily rewarded to those who are somehow lucky enough to break free of the oppressive forces preventing them from becoming or achieving what they want out of life. It is a glimpse into the life of the working class, but it also addresses issues that young people today are faced with at the same time. It also gives a voice to an underrepresented group in society that needs our attention. On a lighter note, be sure to watch this film on the biggest screen available to fully enjoy the skateboarding scenes scattered throughout the film.