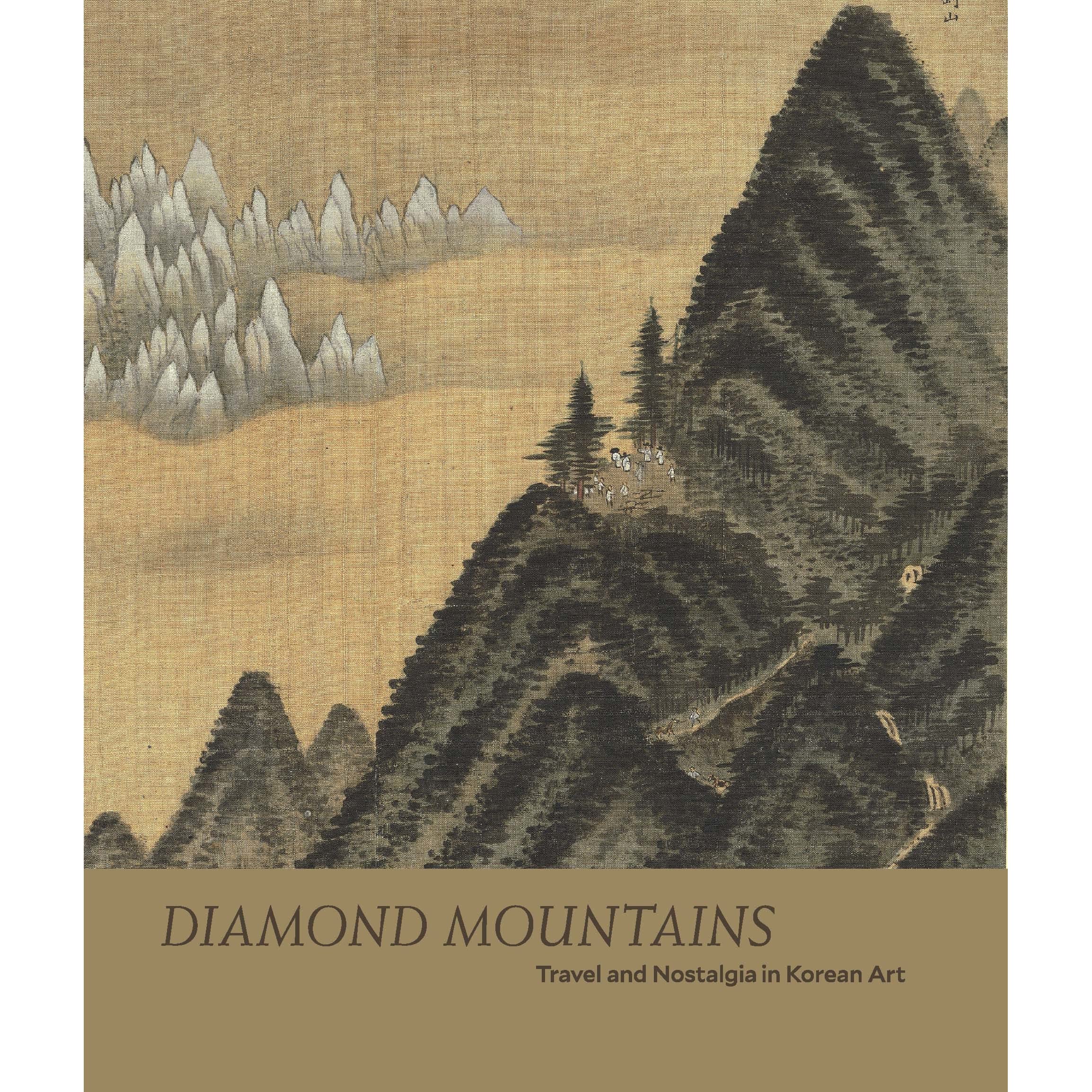 Diamond Mountains: Travel and Nostalgia in Korean Art is the catalog of an extraordinary international loan exhibition that had been on display at the Metropolitan Museum of Art in New York City. The exhibition surveys the little-known accomplishments of Korean painting from the 18th century to today. The Diamond Mountains (Geumgang) are a famed scenic wonder of the Korean peninsula, known for its magnificent scenic beauty and links to Daoist and Buddhist religion. They are a national symbol and today loaded with political symbolism.

The tradition of painting images of the Diamond Mountains based on actual travel and direct study of nature can be traced to the 18th century artist Jeong Seon, 1676-1759, certainly the most accomplished artist of his time and the focus of this exhibition who inspired generations of artists after him.

Before the 18th century the practice of landscape painting in Korea was based on classical Chinese conventions and styles emphasizing imaginary and idealized scenery based on ancient models. One of the most popular landscape themes in China, Korea and Japan is the famous “Eight Views of Xiao and Xiang Rivers”. This place of misty waterways became a classic landscape theme in Northern Sung dynasty China (960-1127) and was adopted into Japanese and Korean painting.

Jeong Seon was the first Korean artist to break from Chinese conventions and invented a new type of landscape painting that celebrated the beauty of his native land. Though Jeong Seon’s education was based on Chinese models his style was inspired by sketching actual scenes. Like most painters in the ink brush tradition his study of Chinese painting manuals provided the principles of composition, motifs, subjects and styles. With his personal development of ‘true view’ painting he changed Korean painting from representing far away distant idealized places to scenes of actual places. This was a radical development. His paintings are unique and original and possess a soaring beauty. He returned again and again throughout his life to paint the Diamond Mountains.

Another great artist of the 18th century was Kim Hongdo (1745-1806). He was an artist accomplished in many genres including portraits, figure and religious subjects and journeyed to the Diamond Mountains on royal command to paint the famous views.

Kim Hajong 1793-1875 was a very accomplished court painter from a family of palace painters. His very original style of depicting the Diamond Mountains incorporated elements of 18th century tradition and Western techniques of shading.

The exhibition includes anonymous artists and self-taught folk painters whose robust schematic simplifications are mesmerizing. These unknown artists help to popularize the Diamond Mountains as a destination for all classes of Korean people not just the upper class.

The single woman artist represented in this exhibition is the Scottish artist Elizabeth Keith, 1887-1956, who was an early traveler in East Asia. She is represented by woodblock prints playfully incorporating dragons and floating Buddhas in her renditions of the Diamond Mountains.

At the end of WWII in 1945, Korea was freed from Japanese Imperial rule. The nation was divided at the 38th Parallel. The Diamond Mountains has been a part of North Korea since 1945. There was a brief period 1998-2008 when the government of North Korea allowed international tourism. But after a tourist was shot and killed by North Korean soldiers, travel was forbidden.

Sin Jang Sik (b.1959) was one of the first modern artists to see the Diamond Mountains in 1998 when tourists from the South were allowed to visit. Trained in Western techniques, he uses acrylic paint on canvas to suggest snow and sunlight or recreates the effects of ink brush painting in his series, “Twelve Scenes of Mount Geumgang”.

In the historic recent meeting of North and South Korean leaders at the DMZ, in the background of their meeting was a contemporary painting of the Diamond Mountains.