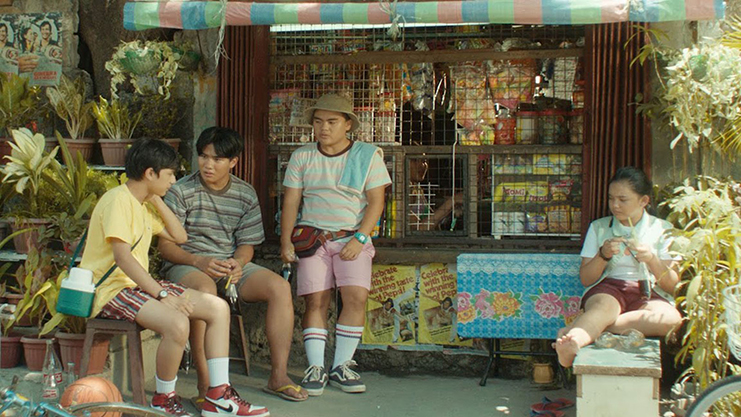 You don’t have to have been brought up on Filipino ghost stories to find Death of Nintendo a nostalgic ride. Children’s rooms are littered with retro game consoles, Nike Air Maxes, and other toys from a middle-class 80s or 90s childhood, just with a Filipino twist. The twist, of course, is ghosts.

While kids in the United States had Are You Afraid of the Dark, Paolo has spooky stories told to him by the family maid about a lady dressed in white, who lures men to their doom. His crush, the pretty and colorfully-accessorized Shiara, is obsessed with ghosts and monsters. She devours a Filipino thriller comic, Shake, Rattle & Roll, against the tastes of her friends who find it too gruesome. More than anything else, she wants to go ghost hunting. As an excuse to spend time with her, Paolo and his friends concoct a plan to accompany Shiara at the cemetery on Good Friday.

Then there are the real ghosts of the story. Not all of Paolo’s friends are middle class like he is. His friend Kachi lives in poverty, his mother a sex worker, his brother courted by gangs. All the mothers in the film, regardless of economic or social class, are single mothers. They repeatedly allude to the children’s fathers running out on their families to start a new life in America. “Your father found someone else to play with,” Mimaw’s mother says soberly. While the thought of the White Lady luring men away might be a momentary thrill, it is clear that in the fathers’ absence, the ones who suffer are the families they left behind.

The boys become fixated on a rite of passage: a traditional Filipino circumcision, which they would have to bus down to the barrio to get. Oddly, there is another terrifying mythical creature, which they hope to encounter in the cemetery: the manananggal, a bat-like monster that separates from its lower body. In Tagalog, the creature’s name comes from tanggal, which means to separate or remove. Maybe it’s not a coincidence that this particular monster is discussed as the boys’ weigh a decision to undergo a painful physical procedure.

All this takes place in the time leading up to the historic eruption of Mt. Pinatubo, which was the second largest eruption in history in 1991. The film is punctuated by brief scenes of people doing duck and cover drills, constant blackouts that interrupt the children’s video games, and cuts to the volcano itself, the lava roiling beneath the surface. In fact, Death of Nintendo is a constant buildup and release of tension. The young characters are pulled in different directions. One moment, Paolo is playing freely with his friends, the next he is being bullied, and cowering, wondering if he is too weak to fight back. They are experiencing the tension between their own desires and their responsibilities. It is no wonder the boys assume that the answer to these tensions is a clear cut (ha ha) initiation to adulthood.

Death of Nintendo has all the makings of a classic coming of age story, and for an adult audience, it perfectly mimics the haloed nostalgia of looking back on old memories with more wisdom and perspective. The soundtrack slaps. The characters are all at once funny, somber, vulgar, and tender. You root for them, even as you suspect that everything may go wrong. The audience is assured these kids will come out of their journey changed, and that change is good.

Death to Nintendo screens at SIFF virtual through September 2, 2021.