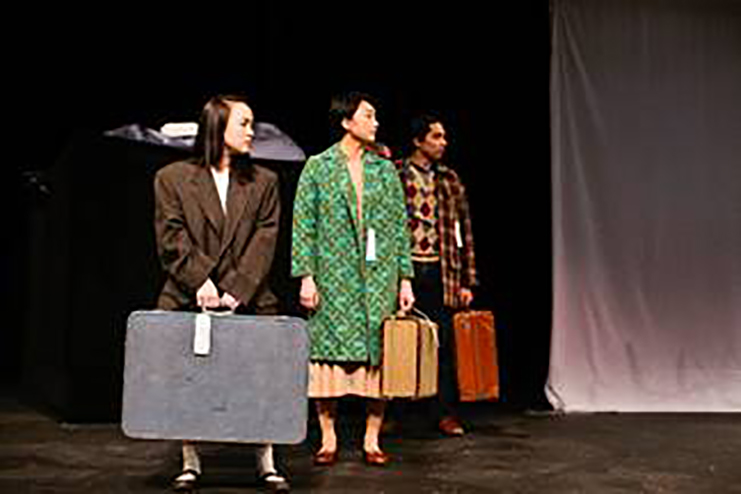 It took 10 years of living in Tacoma for historian and writer Tamiko Nimura to stumble upon the rich Japanese history that the city held before the population was evicted on May 17, 1942. Nimura began heavily researching this lost Japantown in 2014 and began an annual day of remembrance of the WWII eviction in 2016. This year, on May 17, Nimura worked with the Washington State History Museum and Tacoma Arts Live to create Languages of Memory: A South Sound Japanese American Day of Remembrance.

The event will begin with the screening of Nihonjin Face, a play by Janet Hayakawa and Tere Martinez that brings to light similarities between the Japanese American incarceration experience and the civil rights movements through two teenage boys, one African American and the other Japanese American, working on a history project.

Nimura will then read from her memoir-in-progress, Pilgrimage: One Japanese American Daughter’s Journey through Grief, Memory, and History about her experience doing a pilgrimage to the Tule Lake camp where her relatives were incarcerated. Her daughter, Celia Nimura-Parmenter and renowned performance artist Anida Yoeu Ali will also read.

The event will then move into the Remembrance gallery of the Washington State History Museum sharing the story of Japanese wartime incarceration, and artist Teruko Nimura will share hand-made darumas, a Japanese symbol of resilience. Lastly, there will be a procession from the museum to Union Station where Tacoma’s Japanese American community was forced to depart from their homes, most never to return.

The title Languages of Memory invites remembrance through means other than words. Along with the readings, Nimura wanted to encompass the museum exhibit, the play and the art as visual ways of remembering. The daruma, made by Nimura’s sister Teruko Nimura, is another form of memory; the act of giving and carrying a handmade figure of resilience. The act of walking to Union Station is another form of memory inhabiting the body.

The location of the event, hosted at the Washington State History Museum, is significant as it is just across the freeway from the Northwest Detention Center. Many in the Japanese American community have been vocal about the parallels of their community’s incarceration and the incarceration of the immigrants and refugees behind those tall, barbed-wire fences. Nimura hopes the event serves as a reminder for “Tacoma to remember it has a Japanese American past and present,” and the injustices minority groups continue to face.

For Nimura, the procession from the Washington State History Museum to Union Station is time for reflection and to “marvel at the resilience” of the displaced Japanese American community. Once at Union Station, historian Michael Sullivan will describe the station as it was in 1942.

“There’s something very powerful about standing in the specific place where history happened,” Nimura said. “There is an intense sadness for what really changed in Tacoma that day.”

The Japanese Americans from Tacoma were taken to the Pinedale Assembly Center near Fresno, CA, and then moved to Camp Tule Lake, where Nimura’s family was also incarcerated. Nimura’s memoir revolves around her experience taking a pilgrimage to Tule Lake and feeling a profound sense of grief, but also healing.

“We need to heal in community…it plays an important role in the healing process,” Nimura said. “Grief feels so isolating. I experienced that healing on the pilgrimage to Tule Lake, and it was so powerful I ended up writing a book about it.”

Hear Nimura read from her memoir and experience this commemorative event on May 17th from 6:00 – 8:30 PM at the Washington State History Museum. View more information here https://www.washingtonhistory.org/event/languages-of-memory/.