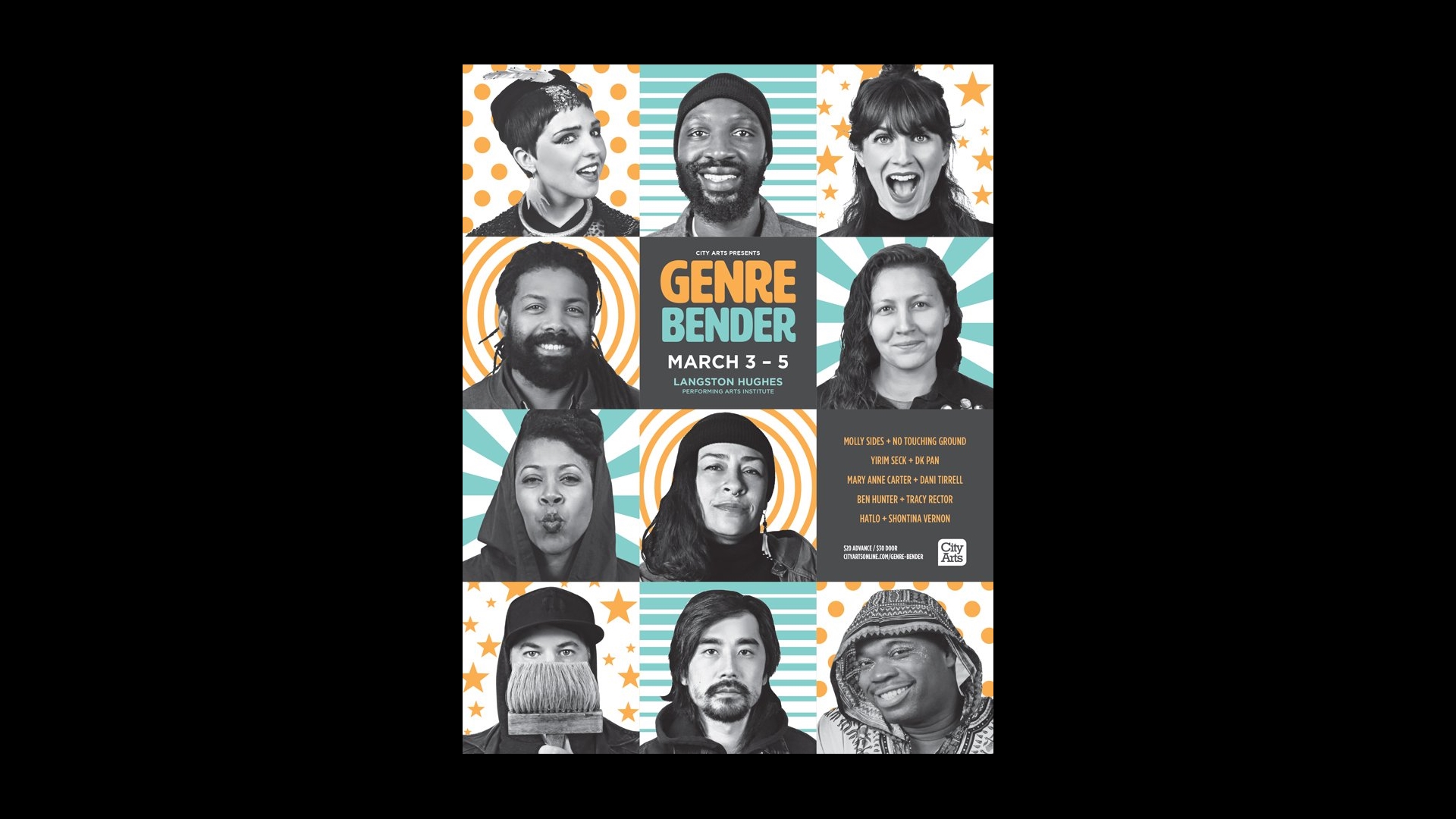 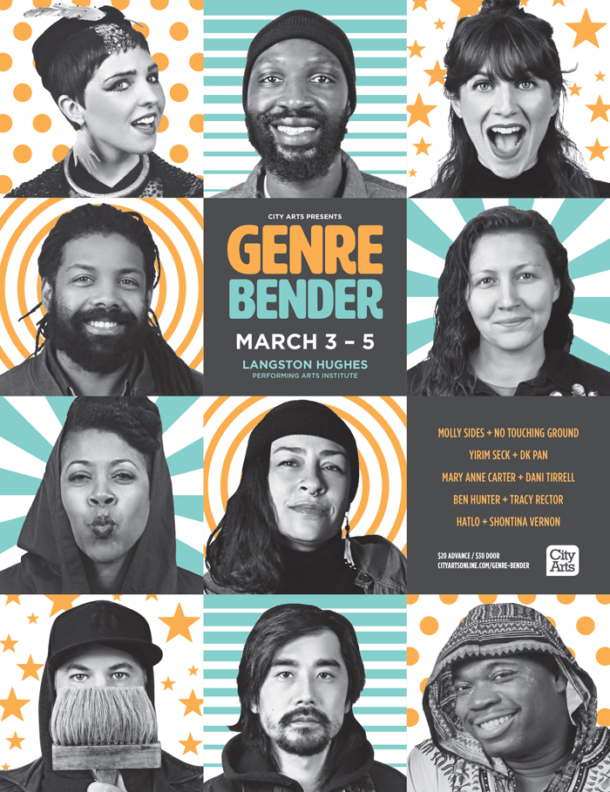 For the seventh year in a row, City Arts presents Genre Bender, a showcase in which ten different artists are paired together and commissioned to create five new multi-disciplinary works. This year’s festival will take place at the Langston Hughes Performing Arts Institute, with a Sunday matinee added due to popular demand.

As part of this year’s lineup, filmmaker and conceptual artist D.K. Pan will team up with rapper and storyteller Yirim Seck. “I hadn’t worked with Yirim previously and was introduced to him and his music through this project,” Pan said.

Pan, who is currently serving as a two-year artist-in-residence at Yesler Terrace, is no stranger to the Genre Bender format. “I had actually participated in an earlier Genre Bender in 2012 with Susan Robb, back when it was in an empty storefront instead of a theater,” he said. “I really appreciate the showcase and pairings and performances which ensue.”

Pan reports that his collaboration with Seck is proceeding well. “As we’ve gotten to know one another, we’ve realized our communities overlap in many ways,” he said, “as well as our shared interest in social equality and justice and the immigrant experience of cross-cultural concerns.”

Their creative work appears to dovetail nicely, as well. “For the last several years, utilizing video as a tool for investigating place and memory has been a primary interest,” Pan said. “When I was asked by Jennifer Zyl to take part in Genre Bender, and subsequently paired up with Yirim Seck, a powerful rapper from Senegal, it seemed naturally apparent that I would provide the visuals to the songs which Yirim will perform onstage.”

Pan and Seck developed a creative process of sharing and responding. “I was fortunate because instead of starting at zero, Yirim had been working on tracks already which he wanted to include in the show,” Pan said, “and so it became a process of listening and imagining, to translate the lyrics, emotions, rhythms, and themes into a visual format.”

Pan already had a collection from which to draw. “Since the turmoils of the election, I had been filming various protests and marches I’d attended and will use some of that footage for the aggregate video,” he said.

This preparation has helped in the short lead time ahead of the March performances. “One of the challenges of this project is the accelerated time-frame in getting to know someone, and conceive and present a cohesive work,” Pan said. “I usually engage in open-ended frameworks which may take 2 or more years to be realized.”

Pan has found benefits to the time crunch, though. “The immediacy of this endeavor is exhilarating,” he said, “and also allows us to respond to and comment on the contemporary issues facing us now.”

This pacing echoes a common artistic impulse to allow form to follow function. “Both Yirim and I have talked about using this platform as way to let the work and art dictate the outcome,” Pan said, “using the tools and resources at our disposal, and allowing the theme of ‘Presence’ to properly resonate.”

Beyond this project, Pan is working on other key Pacific Northwest projects, including an installation for Sound Transit in the U-District, and planning for the next iteration of coastal documentation using NOAA Tide Stations.

But first, as part of Genre Bender, Pan credits City Arts staffers Jennifer Zyl and Leah Bathus for curating a varied program that allows expression of his motto: “All power to the people.”