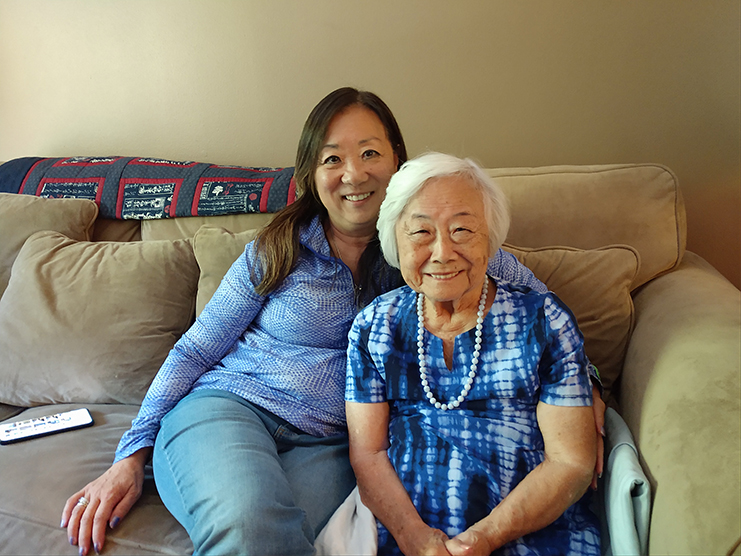 Last June, I chatted on Facebook with a former Franklin High School classmate. Her name was Roberta Yagi Chin. I didn’t remember her, but she was helping organize the 50th reunion for the school. Roberta had discovered my memoir, My Unforgotten Seattle, which she borrowed from another classmate, Louise Akiyama.

Roberta said she found my book “fascinating,” remarking that there were many references to her family members and friends. She wanted to buy her own copy.

Who was Roberta talking about?

Was she was related to Suma Yagi, a tiny Nisei woman who visited me at the International Examiner back in the 1980s? I remembered the encounter vividly. Suma introduced herself by saying that her sister was Aki Kurose, an outspoken Seattle educator who had achieved fame as a peace activist. Suma handed me several poems about her incarceration as a teenager in the concentration camp in Minidoka, Idaho. Then she said, almost apologetically, “I’m not really a writer, but I sure would appreciate it if you could give me some feedback.”

The poems—written in spare prose—were haunting. They evoked the hot dust, wind and cold of the desert camp, the burning humiliation faced by her Issei parents and her feelings of betrayal after she had sworn her allegiance to the U.S. government.

“This is really good stuff,” I told her. She beamed. A big smile creased her face.

In the intervening years, Suma continued to send me poems, and I continued to write notes encouraging her. Several years ago, I finally received—via the International Examiner—a copy of A Japanese Name, Suma’s published collection. It was printed by Third Place Press in Lake Forest Park. The title poem, which Suma had shared with me decades earlier, recounted the time when Suma’s 10-year-old daughter asked why she was named Roberta Lynn rather than Shigeko or Midori.

On June 28, I asked Roberta, “Are you Suma Yagi’s daughter?”

Roberta promptly responded, “YES, I am Suma Yagi’s daughter. The poem about Roberta Lynn is me.” She told me that her mom, 94, was at a senior residence in Issaquah, recovering from a fracture of her femur and several surgeries.

I told Roberta that I had never had a chance to congratulate Suma on her book. Could I visit? On July 1, I drove to Issaquah, and Suma and I exchanged autographed copies of our respective books. We took a few photos. It was an exquisite moment.

Suma explained that her exploration of creative writing and poetry after retirement allowed her to release the emotions of her time in Camp Harmony and Minidoka, the two camps where she and her family were held during World War II.

“I was heartbroken when we were sent to camp,” she said. “We were American citizens. How could this happen to us? I cried to myself, but kept my feelings inside. Aki was more outspoken because she was older.

“We were riding on the train. I had a brand-new Shirley Temple doll. The guard took it and I never saw it again. I was bawling. Our parents told us to ‘Gaman’—endure without complaining. I never heard bitterness from our parents, despite everything.”

In two separate poems, Yagi provides starkly different memories of her father—Buddha-like with a “pear-shaped head, completely bald”—working in a small waterfront café in Seattle before the War, then at Minidoka in front of a hot stove, in line at the mess hall, waiting for a meal of “tripe, Vienna sausage, Idaho potatoes issued by Army Quartermaster Corps.”

“A Japanese Name,” the title poem in the collection, has evolved from a three-stanza version Suma showed me in the beginning.

Roberta explained that as a college freshman, she began expanding her awareness of American history and her ethnic identity. She asked her mother why she didn’t have a Japanese name like some of her cousins.

“She wanted us to be American,” Roberta said. “She didn’t want us to suffer the same stigma that she experienced from the camp. But when I got married, I decided to drop the ‘Lynn’ from my name and added ‘Yagi.’

“I recall even when I was much younger seeing my mother writing. She would have a stenographer’s notebook in her purse or a grocery bag with books or newspapers.”

At age 52, Suma took an English 101 course from University of Washington professor Nelson Bentley. She also learned from Frances McCue and other educators at Hugo House.

“I’m so proud of her,” Roberta said. “She has a really great heart and she’s very thoughtful. She’s been a great mom to us. She’s a great babysitter. And she’s a writer, too.”

On a return visit to Issaquah on July 15, I saw Suma sitting in a wheelchair, gazing longingly out the window at a hazy mountain view. She was waiting for Roberta.

She explained that she had “developed a renewed appreciation of life.” She said she was looking forward to getting healthy again and going outside more often.

“At age 94, I have new eyes,” she said. “I can appreciate and see the details in the mountains, the flowers, the trees and the clouds. When I was younger, I didn’t see the petals of the flowers or the shape of the clouds. Now I can see. I say, ‘Thank you, God for letting me see the beauty of nature.’ This makes me very happy to be alive.”

As I heard her talk, I wondered if she was thinking about a new poem.