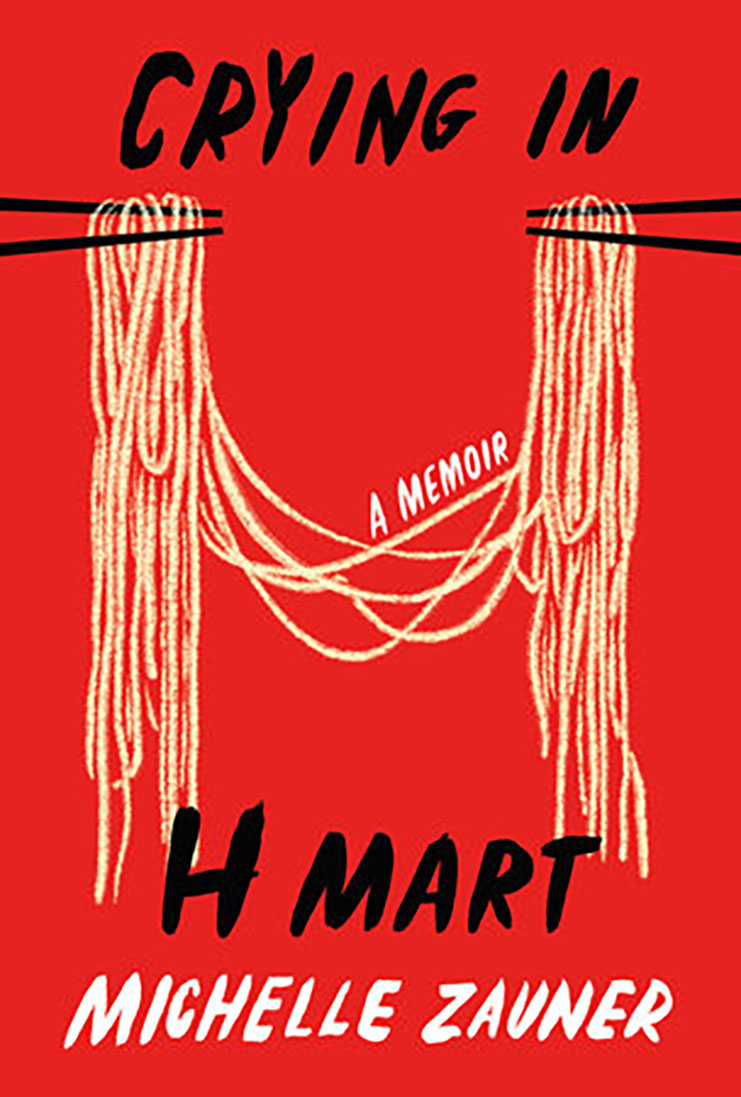 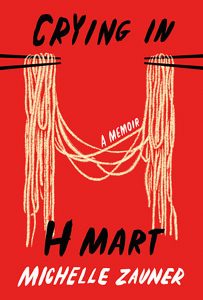 Michelle Zauner’s recently released memoir Crying in H-Mart is a beautifully incandescent mother-and-daughter story full of heart and humor. When her New Yorker essay of the same name went viral in 2018, Zauner’s words struck a chord with readers, many the fellow children of immigrants for whom a trip to H-Mart and the meal subsequently prepared represents bonds with family, a closeness to a faraway culture, and a feeling of physical and emotional fullness. (H-Mart, for the unacquainted, is a beloved Korean grocery store chain and suburban mecca for Asian and Asian-Americans whose culinary needs are not readily satisfied by the local grocery store.) In H-Mart, Zauner writes, “we’re all searching for a piece of home, or a piece of ourselves. We look for a taste of it in the food we order and the ingredients we buy.”

Her memoir begins with this essay before launching into an exploration of why it is that she finds herself crying in H-Mart. Throughout, food is used as a vehicle to explore themes of identity, grief, and love. With disarming humor and unfailing honesty, Zauner, who readers might recognize from her solo indie pop project Japanese Breakfast, describes a childhood in Eugene, Oregon during which, like so many other mixed-race kids, she longed for the whiteness of her peers. Despite being sent to Korean School every Friday evening during her elementary school years, she never acquires fluency in her mother tongue nor the cultural membership that this provides. Her connection to her heritage comes largely from food – her mother’s kalbi ribs, trips to Seoul Cafe, the banchan side dishes laid across the table at every meal. But food is not just a connection to a culture – it is a language of love shared by mother and daughter. It is this relationship that forms the heart of the story.

As the title Crying in H-Mart might suggest, for Zauner food is also tied to grief. At the age of 25, struggling to make it in the music world, she receives a call from her parents that would change her world: her mother has stage IV cancer. Returning to her childhood home, Zauner takes up the mantle of nurse and caregiver, a reversal of roles lost on neither. Zauner sees this as a chance to make amends for her teenage years during which she and her mother struggled to understand one another emotionally, for words and actions said, done and regretted. She takes on this new role with dedication and spares readers no emotional heartstring as she describes her mother’s treatment and suffering along the way.

One such ongoing struggle is the battle to ensure that her mother is taking in enough calories and nourishment, not an easy task for chemotherapy patients. For a relationship in which food is of high importance, Zauner is distressed to find that she doesn’t know how to make the dishes that have served as a bridge between the two. She is unable to bring her mother the basic comfort of food. While her love for her mother is expressed in a spiral notebook in which she laboriously tallies the nutritional information of every morsel of food and sip of stew, food also comes to signify the shame that she feels at not being able to cook the Korean dishes that her mother’s friends make with ease. Not knowing how to prepare the jatjuk pine nut porridge that, full of nutrients, her mother would make for her when ill, she is racked by guilt – guilt at not being able to provide her mother nourishment and at not feeling as if she is Korean enough.

After her mother’s passing, food becomes an expression of grief and a prayer for comfort (so to speak, as Zauner and her mother are irreligious). Thrown off-center by the loss of her mother, she struggles to stay connected to her and their shared Korean culture. But in her mourning, and with the guidance of Korean chef Youtuber Maangchi (Emily Kim), Zauner begins to learn to cook her mother’s food. She prepares jatjuk for herself and in so doing finds empowerment. Cooking food becomes a means of cherishing her family and for forgiving herself.