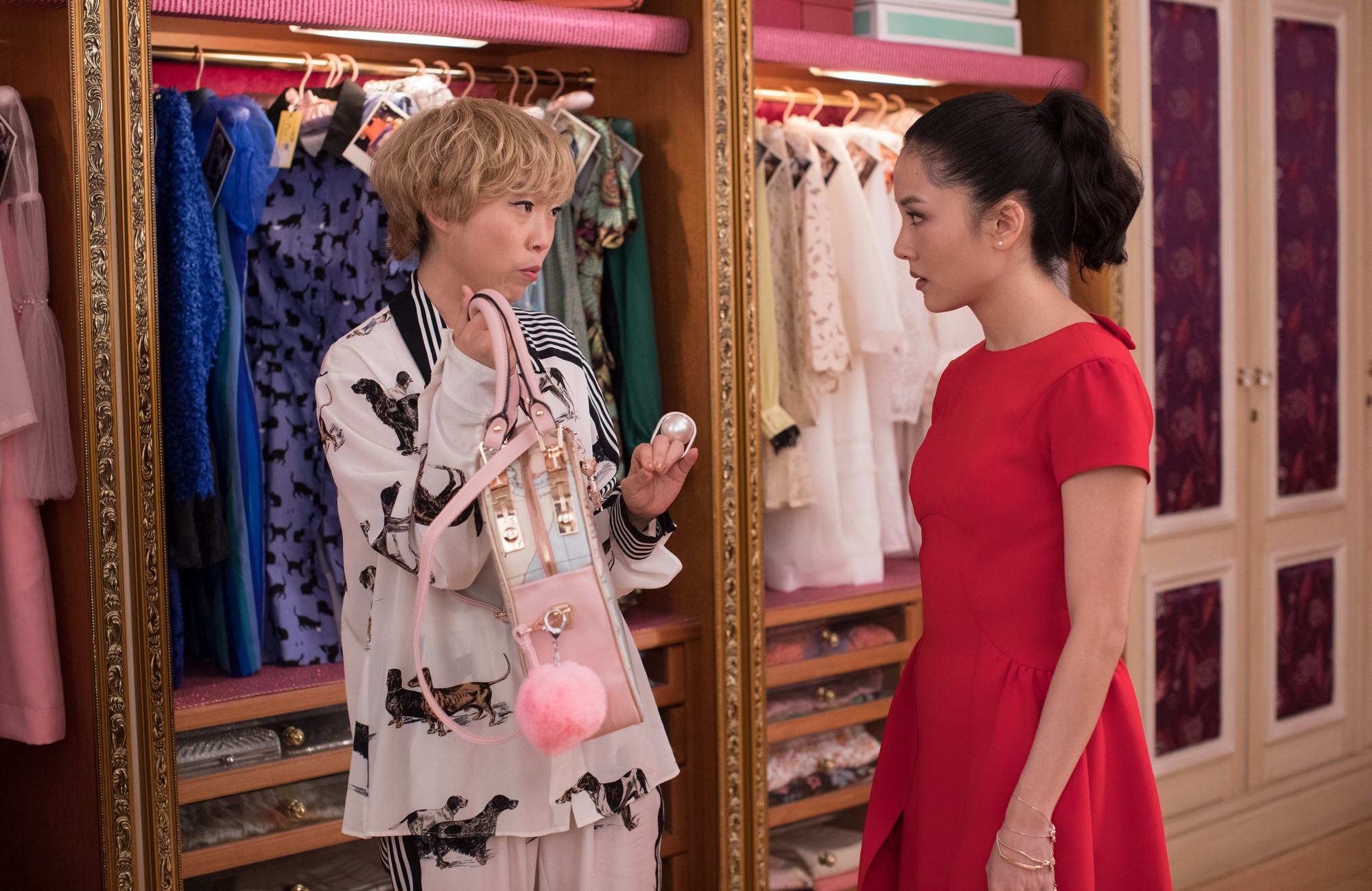 Right off the bat, all eyes are on Crazy Rich Asians, and the stakes are high – it is the first Hollywood movie to have an all-Asian cast in 25 years, and also the film adaptation of the best-selling novel of the same name by Singaporean American Kevin Kwan.

The story follows Chinese American Rachel Chu (Fresh Off The Boat’s Constance Wu) as she accompanies her boyfriend, Nick Young (Henry Golding) to his best friend’s wedding in Singapore. To say she was like a fish out of water would be an understatement. The usual romantic comedy shenanigans ensue – Nick’s family and elite social circle prove to be a huge obstacle – and Goh Peik Lin (Awkwafina), Rachel’s best friend, gives her the makeover of her dream, helps her find the most beautiful light blue dress for the wedding (aren’t you feeling some major Cinderella vibes?), and gives her a showstopper of a pep talk.

At its core, Crazy Rich Asians hits all the notes for a romantic comedy. The chemistry between Rachel and Nick is delicious. Casting could not have been done any better, and, in a way, Crazy Rich Asians proves that there is a wealth of Asian talent in entertainment, and we can no longer tolerate whitewashing of any kind.

Awkwafina and Ken Jeong bring in the laughs, and will have you clutching at your sides. Crazy Rich Asians has the “comedy” part down, but the movie truly centers itself around love – love in the form of friendship, community and self-worth. Rachel and Nick might be on the movie poster, but when you see their friends and family rally around them, that’s where the magic happens.

Let’s be real, at least for me, when I’m watching a movie, I’m not thinking the whole time about how this movie could be a real watershed moment for Asian Americans, I’m going to be engrossed in the plot. Crazy Rich Asians is not meant to be relatable (Kevin Kwan has mentioned that he meant the novel to be satirical), but I couldn’t help but see parallels between the movie and my own experiences as someone who was born here, moved to Hong Kong (and went to a local school), and moved back to the U.S.

In Rachel’s first scene with her mother (Kheng Hua), she insists that she’ll fit in when she goes to Singapore; but her mother responded gently saying, “Your face is Chinese, you speak Chinese but here [points at Rachel’s heart] you are different.” Ouch, but in my experience, this has proven to be true – what a succinct phrase to describe the struggle that Asian Americans feel when they visit where they/their families came from.

Crazy Rich Asians’ attention to detail is well, crazy accurate. We’ve all seen kids play on their iPhones at the dinner table, but have you seen kids do so with a Kumamon silicone phone case? What about East Asians’ obsession with naming their white Pekingese pups after famous historical figures? And over-the-top Versailles-inspired furniture (I’ve actually seen this in one of my friend’s houses)? These are all small things I never thought I would see in a Hollywood film, yet they’re there. I couldn’t believe my eyes.

When I lived in Hong Kong, I went to an all-girls Catholic school that was a French convent, and grew up among my fair share of rich Asians. The movie reminded me of so much them, about how some would leave to go to a boarding school in the UK and how quite a few of them had British accents, and how we’d all use British slang like “tuck shop” (thanks colonialism!).

I’ve written about this before, but I spent the first few years of my life in Butte, Montana. Even now, less than 5 percent of the town’s population is non-white. I don’t quite remember growing up with anyone with a similar cultural background or seeing anyone that looked like me on the silver screen – that is, until my dad took me to see Mulan. She literally was a 2D character, but my four-year old mind was blown. I hemmed and hawed until my parents took me to see the movie again. For the next 20 years, Mulan was the only movie I ever went to see in theaters more than once until… Crazy Rich Asians. Just seeing the poster, of Constance Wu and Henry Golding, two people of Asian descent, embrace each other rom-com style, got me all emotional. I’ve already seen Crazy Rich Asians twice, and am planning on seeing it again during opening weekend. Keeping my fingers crossed for a #goldopen!