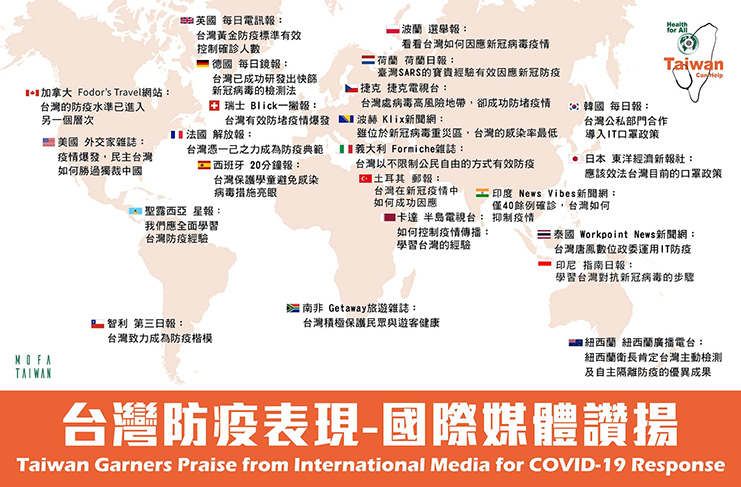 You have probably seen the poster in your neighborhood that reads, “Viruses Don’t Discriminate and Neither Should We.” It is part of the anti-stigma resources published by  Seattle King County Public Health during the coronavirus outbreak. The poster’s heading caught my attention because there is increasing bias and instances of harassment toward Asians around the world.

I have heard stories from Asian friends living abroad about how they have been mistreated because they are wearing masks. I have also seen many similar stories posted in overseas Taiwanese Facebook groups sharing how they have been assaulted for not wearing a mask. The fear among the Asian community is real. I can not help but wonder how Taiwanese are coping with this thorny situation in Seattle.

Evelyne Kuo is a Taiwanese student studying at the University of Washington (UW). When the outbreak of the virus began in Wuhan, China, many countries and international organizations were not taking the situation seriously. Evelyne said, “Only Taiwan took immediate actions to curb the spread, whereas in the U.S., the government only started to respond after a major surge in cases in recent weeks.”

Evelyne mentioned that most of the students wearing face masks at school are Asians. American students with masks are rarely seen. She is not particularly scared or worried about COVID-19 but she is taking every preventative measure to protect herself; from diligently washing her hands to extensively cleaning her house. UW announced that from March 9th, classes will no longer be in person but conducted online. Evelyne knows the school implemented this policy out of good intention, but feels skeptical about online learning effectiveness because interaction is not as active as in a classroom setting.

When asked if she has felt growing anti-Asian hostility in Seattle, Evelyne said she did not personally encounter any situation, but she did come across some discriminating comments made by local people on social media. The comments described that it is unnecessary to wear a mask and students are overreacting by doing so.

Community centers serving Asian elders in Seattle, such as Kin On, have decided to suspend daily events and shift their weekly seminar online. Elders are one of the most vulnerable groups to COVID-19. As a result, two of the community members posted a video to teach them how to exercise at home and strengthen their immune systems.

With less people out in the public, restaurant business has dropped dramatically, causing some to close. Henry Gu, owner of Henry’s Taiwan Kitchen in the U-District said that the business has been hit hard since the outbreak, dropping by 80%. Sitting in his empty restaurant, he said, “I have never seen anything like this for the past 40 years. This is unprecedented.” The regular Chinese and Taiwanese customers were nowhere to be seen. He expressed that running costs would be difficult to handle if the situation continued, but his staff are dependent on him to pay them their wages.

In Taiwan, at least 23 nations have praised the island nation’s quick response to COVID-19. Geographically, the island is close to China, Japan and South Korea; and yet, it has seen 59 confirmed cases at the time of writing (March 14th). Even though Taiwan is being excluded from the World Health Organization owing to political pressure from the Chinese government, it manages to use big data, increase information transparency and have also set up COVID-19 command center to provide rapid communications.

In 2003, Taiwan suffered from the Severe Acute Respiratory Syndrome (SARS) outbreak, and the government has learned from this experience. Seventeen years later, and now with COVID-19, the government has since established the Central Epidemic Command Center, and put it into action in early January. Proactive planning is the top principle, including using technology to detect and track cases, banning manufacturers from exporting masks to ensure sufficient supply for people, offering mass testing, giving daily briefings to increase information transparency etc. Some cities even handed out care packages to people who are forced to self-quarantine. The packages have instant noodles, crackers, canned food, facemasks, hand soap, bleach, a thermometer and free access to cable for 14 days.

It is indeed a tough time for the United States, especially with Washington state being the epicenter of the outbreak. The virus knows no boundaries, therefore it is critical for us to stand together and support one another.

Chinatown-International District coronavirus updates, April 7, 2020—The latest news and information from the neighborhood and beyond