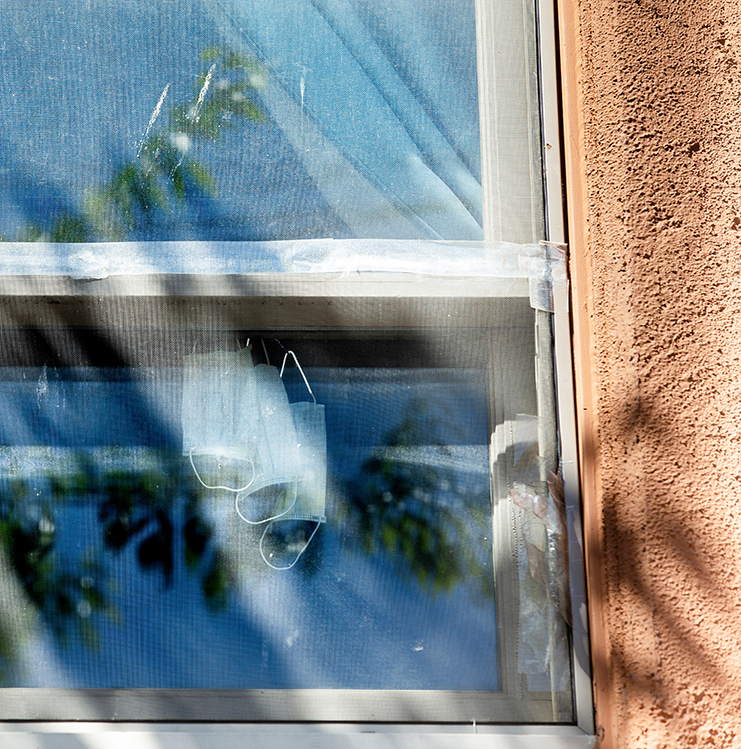 This piece is part of COVID-19 in 2020: A look back on health equity & community resilience in Chinatown-International District. The project was led by Seattle photo-journalist Karen Ducey and former ICHS marketing and communications manager Angela Toda in partnership with International Examiner. The project was funded by Historic South Downtown, King County 4Culture, and Society of Professional Journalists.

Sierra Bigting wishes more people would stop putting themselves and others at risk for COVID-19.

Last October, she got a first-hand look at the pandemic after members of her household contracted the virus. People need to take it more seriously, she says.

Bigting is Filipino-Japanese American and lives in a multigenerational household with her parents, grandparents, and two siblings. Bigting’s stepfather and brother both work essential jobs. On Oct. 26, her 20-year-old brother came down with a cough. After confirming COVID-19, the whole family was tested.

“We’re just sitting there waiting to see who has it and who doesn’t,” said Bigting, recalling how hard it was to convince family members to take the diagnosis seriously until her mom showed symptoms, and her stepfather and 21-year-old sister both tested positive. For safety’s sake, the family decided to move Bigting and her elderly grandparents out of the house, far away from infected family members.

“My mom was like, ‘You guys need to leave the house now. Pack up your stuff, you can’t stay here anymore,’” she said. Bigting moved into a single hotel room with her grandparents.

Bigting’s brush with the virus came during one of the most critical periods of the pandemic. Cases would rise with colder weather, as people spent more time indoors and more time together. A few weeks after Thanksgiving, hospital beds in King County were nearly full. From Nov. 28 to Dec. 12, roughly 55,300 county residents were tested for COVID-19 and more than 9,800 were positive.

By the time ICHS launched the first free, large-scale testing site to open on the Eastside on Dec. 15, cases had hit new records. The highest rates were in South King County, where Bigting and her family live. Local health officials feared a post-holiday surge.

“My mom was the worst,” Bigting said. “I could tell she was wheezing, like having a hard time breathing.”

The first week Bigting moved out, her mother was hospitalized for several nights on a breathing machine. “My stepdad felt very helpless, leaving her there,” she said. Unable to take time off from work, Bigting was thrust into the role of family caretaker, her mom too sick and her grandparents too frail to help. “I was just worried, how are we going to pay for all of this,” she said.

As the U.S. continues to lead the world by cases at 34 million and deaths at over 608,000, Bigting’s family has yet to fully recover. “My mom, she can breathe fine. But her energy level is still very low. She has a hard time doing dishes, so she just takes it easy. And she calls her exercise now folding laundry,” Bigting said.

The family continues to social distance and wear masks, something Bigting is accustomed to but the rest of the family has had to learn. They wipe down “everything” and use disposable plates and utensils. “If we want to eat with each other, we just pull the chair really far and eat in different areas of the living room,” she said. “Even watching TV sometimes, we do that too. We don’t sit next to each other.”

If there’s been a silver lining, it’s been the family’s newfound vigilance, while Bigting has learned to let more go.

“I’m definitely a lot lighter as far as what I give my energy to and what’s more important to me,” she said. “Life is pretty short. All those small things you stress about, don’t, it doesn’t matter.”

Bigting wants people to be more aware. To think before they act: “Because the way it spreads is fast.” She describes her mother’s tears as her stepfather returned to work for the first time and the lingering trauma from her hospitalization. “It’s sad to hear her say, ‘I thought I was gonna die there alone.’”

ICHS: COVID-19 vaccines now authorized for young children under the age of 5

Art of darkness: How a faulty brush pen helped me process the pandemic