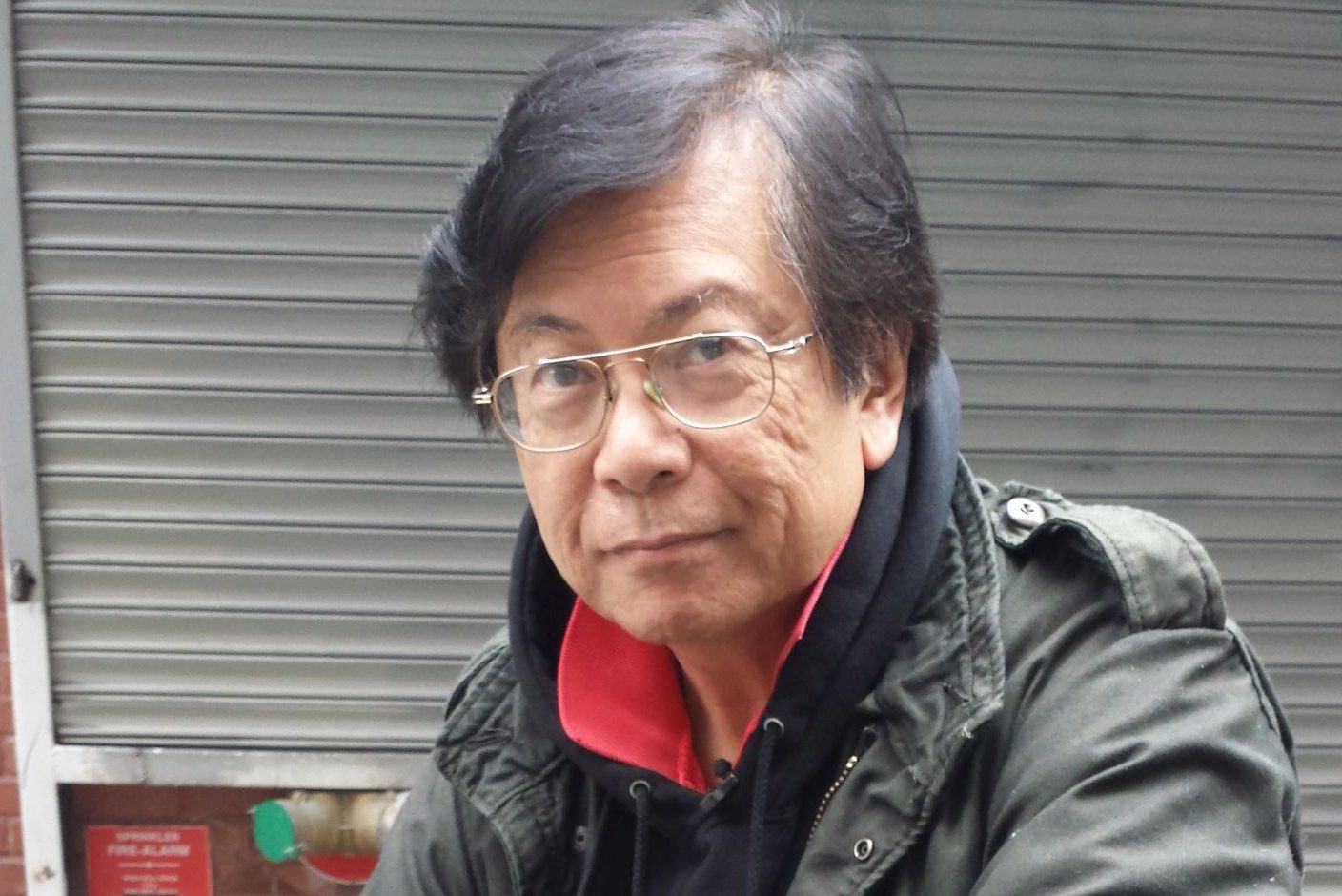 Corky Lee spent his lifetime with a camera in his hands, using photography to fight social injustice while documenting life in New York Chinatown and other Chinatowns across the nation. This was the life he lived so passionately.

On January 27, COVID-19 took him away from us. He died after nearly a month in a New York hospital. He was 73.

The last photograph he took was of flowers in his hospital room. He fought COVID like he fought social injustice, with his memorable and important images.

As a photographer myself, who also dedicated the last 50 years to capturing moments in Seattle and West Coast Chinatowns, he taught me so much. I not only learned technique from Corky, he taught me dedication and devotion to a subject so precious to both of us. And that is Community.

Corky told AsAmNews he used his camera like a sword to fight indifference and discrimination while trying get rid of stereotypes. After he passed away, major media organizations did stories. They included the New York Times, People magazine, CNN and MSN. Asian American media was there for him also, just like Corky supported them. Headlines described him as “Legendary and beloved.”

A Facebook page was set up by friends who helped raise $46,000 to help pay medical bills. A prayer circle outside the hospital drew 274 friends and supporters.

He is survived by his brother John Lee and thousands of friends in New York and around the nation.

I will always remember his photographs of Chinese seniors with protest signs as they fought for their rights on various causes. He was consumed by the subject of Chinatown. Primarily in New York City, but Asian America itself.

Corky proclaimed himself the “undisputed unofficial Asian American Photographer laureate.” He had that printed on his business card which featured a round camera shutter.

He later referred to himself as the “ABC from NYC.” ABC meant “American Born Chinese.”

He once did an exhibit in New York titled “Not On the Menu” with San Francisco’s Leland Wong. Corky liked to point out that besides himself, Leland Wong and myself were the only photographers in America to spend our lifetimes photographing Chinatowns.

“His passion was to rediscover, document and champion through his images the plight of all Americans but most especially that of Asian and Pacific Islanders,” his family said in a statement.

I first met Corky in San Francisco in the early 1980s. We were both attending an Asian American media conference. He saw me with a camera and introduced himself. Corky seemed to know everyone. He took me around and let everyone know I was from Seattle. He took the time to sit down with me and talk photography. I was a young, undeveloped photographer back then. He treated me like a little brother, and I looked up to him.

At the time he was shooting with small compact Pentax cameras. He later switched to Nikon cameras.

He visited Seattle numerous times. In later years he would be accompanied by the second love of his life, Karen Zhou, who was also a photographer. Corky’s wife had passed away years ago.

Having lunch with Corky was always an experience. He would not eat much because he was always talking. That must have been the New Yorker in him. Lunch in Seattle meant eating at the historic Tai Tung restaurant with his Seattle friends. He loved “old time” Chinatown places. And Tai Tung fit the bill. He became good friends with the owner Harry Chan.

Corky was a friend, a mentor, an inspiration and role model. He had friends, supporters and admirers all across the nation.

His Seattle friends speak glowingly of Corky. “Corky was driven by a passionate commitment to restore the rightful inclusion and recognition of Chinese and other Asians in our USA history,” said Bettie Luke.

“Our hearts are broken. It shouldn’t have been Corky’s time. He dedicated his vision, stamina and talent to ensuring that Chinatown and the Asian American movement be seen. That shining light is now gone,” said Ron Chew.

“He put in the miles, the time and the passion to ensure that community struggles against injustice were depicted and noted. He broke stories and brought media attention to issues. He covered the Chinatown protests over the alleged police beating of Peter Yew, fought for the rights of Chinatown WWII War veterans,” said Alan Lau.

A famous picture taken when the Transcontinental Railroad was completed in 1869 had a profound influence on him. The photo was of railroad workers posing in front of a locomotive when the east and west tracks were joined together.

Corky noticed that none of the estimated 22,000 Chinese railroad workers were invited to be in the photograph.

He helped organize a pilgrimage to Promontary Point in Utah where the historic image was taken. He encouraged Chinese Americans to attend an event to recreate the joining of the rail lines and directed a large group photo. Everyone in the picture was Chinese American except two railroad engineers who brought a locomotive to the scene. Descendents of the Chinese rail workers attended.

The last time I saw Corky was several years ago when he spoke at the Seattle Public Library on the subject of honoring the Chinese who were instrumental in building the rail lines but were ignored in the completion ceremony.

When Vincent Chin was murdered in Detroit in 1983, Corky documented the protests. A laid off Detroit auto worker Ronald Ebens beat him to death with a baseball bat, thinking Chin was Japanese who he blamed for the demise of the American auto industry. Americans were buying Japanese autos because they were more fuel efficient.

Ebens received a sentence of three years in jail but never spent any time behind bars. This outraged Asian Americans nationally.

After Ebens moved to Nevada, Corky organized a vigil in front of Ebens home.

One of my favorite Corky Lee photographs showed a Chinese woman dressed in a Statue of Liberty outfit standing at a bus stop with her hands raised, holding a torch. I also have fond memories of a picture he took of a baby in a basket, next his mother sitting at a sewing machine in a New York garment factory.

“He fought valiantly against COVID…we lost a great friend and icon in the community. He was an insider photographing the issues he saw as important in our community. He sacrificed a great deal to do what he loved. He is gone but not forgotten. Please remember him in your hearts and in the time you got to share with him,” said Zhou in a letter to all his friends.

Great photographs leave a lasting impression as they record history.

Corky Lee and his images will always be with us.