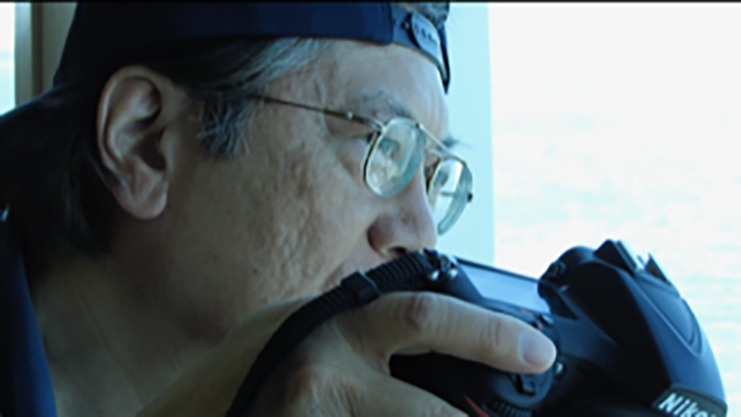 Our friend, Corky (Young Kwok) Lee, preeminent photographer, activist and documentarian, dedicated his life to documenting Asian American communities but understated the influence his legacy would leave behind.

He often compared taking his camera out of his bag to drawing a sword with which he used to combat indifference, injustice and discrimination. But five decades later, his impact is more akin to forcing history itself to stare down the barrel of a cannon.

The description is fitting for someone who was also a proud past commander of the Sons of American Legion Kimlau Post, marching in parades in the Lower East Chinatown of New York and a political pugilist who rose to become the “undisputed, unofficial Asian American photographer laureate.”

The late world heavyweight champion Muhammad Ali himself would not have begrudged the moniker he inspired for Corky, as his hard-fought battles and triumphs left us the single, largest photographic legacy of Asian America this past half-century.

His images and life’s work remain iconic today because he refused to allow inequality and stereotypes to be airbrushed, or erased by the passage of time and history.

What was marginal, he documented. What was unjust, he re-imagined.

Perhaps his most iconic photograph relates to protests over the beating of Peter Yew in New York by Fifth Precinct police in 1975. He documented the fight for reparations for survivors of Japanese World War II internment camps in the American West and photographed the protests that took place after the 1982 murder of Vincent Chin. In 2014 and 2019, on the 145th and 150th anniversaries, he photographed the re-enactment of the Transcontinental Railway completion at Promontory Summit, Utah with descendants of Chinese rail workers who were absent in the 1869 original.

Although at times he became known primarily as an activist fighting against gentrification and anti-Asian sentiments in New York’s Lower East Side, Corky’s work and reputation grew to be regarded internationally.

Corky befriended fast and wide. He possessed a remarkable kindness, generosity and spirit  legendary in the community. At countless photo opportunities, his trademark directional thumb, or index finger, became a badge of approval and friendship from the legend himself.

It was Corky’s interest in the global Asian diaspora that first launched his friendship with Kenda when his Chinese Canadian documentary was released for the international film festival circuit and screened in Manhattan a decade ago. A year later, when Corky suggested returning to host an impromptu screening of the same documentary at the First Chinese Baptist Church at 21 Pell in New York, the response sparked the beginning of an ongoing cultural outlet for artists and activists alike.

Over the years, our friendship included frequent online exchanges and visits on both coasts. With Corky, conversations always came naturally and easily. Across the border, we talked projects and histories, the similarity and differences in the diaspora, the impact that inequality had on community and individual.

The late Peter Kwong, a close contemporary of Corky’s and pioneer in Asian American studies, once echoed a line attributed to Norman Yoshio Mineta, longest-serving Transportation Secretary: “If Corky didn’t take the photographs of an APA event, it never happened.” At our wedding, without expectation, Corky and Karen, long-time partner, flew in to be with us.

Corky often cast a critical eye that set him apart from self-importance in the diaspora. His sacrifice and patience had earned him the right to be irreverent. The years often gave way to many conversations about the constant struggles and setbacks, the activism and victories.

At 73, his passing was premature and unexpected for a wise soul whose passion and spirit moved mountains. But it is not as though he had not addressed his own mortality at some point.

When both our fathers passed on, months apart, Corky wrote: “It’s always too bad that only when one reads the obituary [does] one truly understand the value of the individual’s life.”

Throughout the previous years, we had regularly asked Corky how his projects-in-progress were proceeding. The potential photo exhibit overseas? The publication of his anthology of works? Protesting in front of Ronald Ebens’ house? Advocating for the Chinese American WWII Veterans Congressional Gold Medal Act (2018)?

But we had also asked pointedly about the efforts and projects to document his own life? How had they been going, and what did he think?

It seemed such an obvious question for someone who had spent almost an entire lifetime chronicling the most prominent members of the Asian American diaspora—except perhaps the one the community loved the most—himself.

Legendary works become legend when, and because, they endure. One’s work and accomplishments are never truly appreciated until the creator is gone.

In recent months when the pandemic began to take its toll and numbers of active cases continued to rise, we both naturally worried and persisted, asking again as if mother hens, did he need, or could we send him some masks or gloves? No, he had managed well to this point.

Instead, he asked if we had a copy of the recent PBS mini-series on Asian Americans by Renee Tajima-Pena that features some of his iconic photographs. We received the DVD in the mail soon after, along with a book of photographs of the Lower East Side with his and Karen’s contributions, and two posters from his previous recent photo exhibitions. It arrived just before Christmas.

It was to be expected he would never give up documenting, especially in a time of crisis.

Until the end, Corky fought mortality as he did injustice: courageously and fearlessly.

He was always there for the community in times of highs and lows. Always the “ABC [American born Chinese] from NYC”.