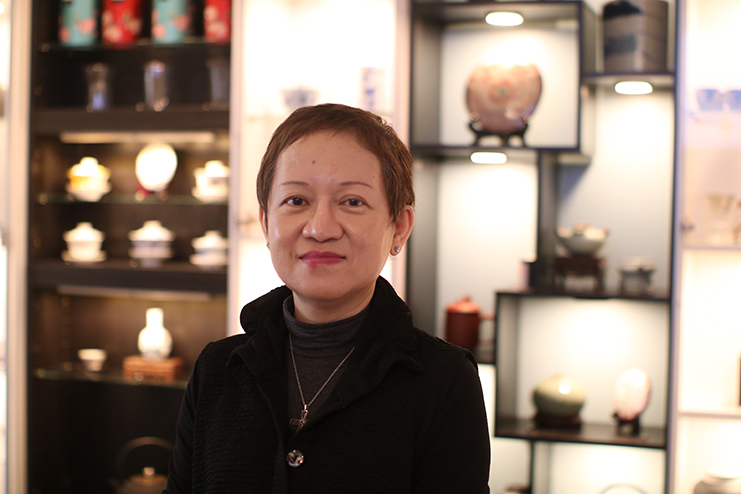 Young Tea, a well-known bubble tea shop in the Chinatown International District (CID), is going to leave the community in late June due to the lease termination of its current store.

Caroline Lee, the owner of Young Tea, said her feelings about leaving Chinatown are complicated. Being in the community for seven years, she has seen the prosperity of being in the CID, as it is glutted with community events nearly every weekend. Yet she is aware of the increasing crime recently and is worried about it.

Lee said that since the pandemic began, her store has been broken into a couple times. Even before the pandemic, things stored in their basement were also constantly being stolen.

Still, she is sad to part with the community.

“This is the first ‘home’ of Young Tea,” she said. “And there are a lot of memories here.”

“We are sad to leave. But it is also a break for us to expand our businesses. If we are able to find a suitable place for Young Tea in the future, we will definitely return to the International District,” Lee said.

Young Tea joined the community in 2015. Looking back in the past, Lee said she never thought of starting a bubble tea shop, especially when she personally did not like drinking bubble tea because of the excessive sweetness and artificial flavor. This is why she didn’t allow her son to drink bubble tea back then knowing how unhealthy it is.

The idea of making her own bubble tea came to her when she found out her son still occasionally sneaked out and drank bubble tea when he was hanging out with friends.

“I thought, why don’t I use my own resources and knowledge of tea to create a different version of bubble tea, so that it could be much healthier but yummy at the same time?” Lee said.

Meanwhile, a friend of Lee proposed to cooperate a business with her, saying that there was a spot in the CID where she could begin her business at. That was how Lee decided to use this impromptu opportunity to start Young Tea without any business plan.

Being a tea lover, Lee said she had two goals when she started Young Tea: using bubble tea as a gateway to introduce different types of tea to her customers and offering a healthier bubble tea choice for her sons.

“The only thing in my mind is to do this business right,” she said. “So I never thought about the cost for tea.”

Lee works with Chinese and Taiwanese tea farmers overseas to import tea leaves and insists on selecting the tea sources by herself. She also gave up on using cheap synthetic syrup and bought brown sugar to make her own syrup every day. Even for the red bean topping, she uses fresh red beans instead of canned ones because she prioritizes healthiness for her customers.

Her emphasis on fresh ingredients has earned Young Tea a number of loyal customers.

“There are a number of customers who tell their kids, ‘If you want to drink bubble tea, you can only drink Young Tea,’” Lee said. “As a parent, I can understand their feeling. You always want the healthiest food for your kids. This is why parents have been very supportive of our business.”

Not everyone “appreciates” the originality of her products though. She shared a few funny moments when her customers “complained” about how her signature product was “too original.” This was the taro smoothie.

“The other day a customer ordered online for a taro smoothie. She called the shop right away after she got the smoothie, complaining about how we had the wrong order for her taro smoothie because it does not taste like ‘taro’,” Lee said. “So I had to explain how we cook the fresh taro roots to make the smoothie, instead of having the artificial taro powder to make it.”

The shop’s most “troublesome” taro smoothie got a complaint from another customer about its color. The customer was picking up her taro smoothie and claimed Lee’s shop had her order wrong because the smoothie was not in purple color.

“A lot of taro milk tea is made with taro milk powder. But in fact many people do not know taro itself is not purple,” she said.

Some people might get frustrated when they encounter these situations, but not Lee. Instead, she has treasured these moments knowing that her customers have an opportunity to differentiate between fresh and artificial flavors.

In order to share her passion for tea to her customers, she customized the menu with dozens of tea varieties. She knew it is not easy to ask someone to drink tea, but she could use bubble tea as “an easy gateway to lead people into the world of tea.”

“There are always customers asking what is the difference between ‘this oolong’ and ‘that oolong’,” Lee said. “This is the opportunity I have to introduce tea to the customers, explaining how oolong has different levels of fermentation and roasting. I enjoy the process of teaching customers about it.”

Lee said she always gave her employees training before they started working at Young Tea, ensuring they were able to understand the difference between tea and answer the customers’ questions.

She also offers tea tasting to the public by appointment. A couple years ago, she cooperated with Wing Luke Museum and offered a tea-tasting session for the kids who participated in a summer camp that it held. She said many of them ended up loving tea, constantly visiting Young Tea afterwards.

“They had memorable moments with the tea tasting experience because they have never been introduced to any Chinese tea or tea culture. So they bragged about it to their parents after they went home,” Lee said.

“Young Tea is not only a business,” she said. “As long as Young Tea is succeeding, we will give it back to the society.”

Lee said Young Tea has been doing sponsorships with schools and refugee-based organizations. She also constantly donates to other non-profit organizations in the community.  She also shows her support on sustainability by selling reusable straws and mason jars to her customers. Recently she started selling reusable bags with their own design as well.

Young Tea was selected as a Seattle Sounders’ April feature shop this year for Earth Day which happened on April 22 in recognition of the shop’s dedication to sustainability.

Lee is also highly concerned about customers’ health when it comes to COVID-19. She chose to shut down Young Tea temporarily when the pandemic peaked in the community because she wanted to protect both her employees and customers.

The closure only lasted for two weeks though as she kept receiving text messages from her customers.

“I kept receiving text messages from our customers saying how they felt depressed without Young Tea,” she said. “I still remember how one of the customers texted me and said ‘Caroline, do you know Young Tea is essential business?’”

“I understand everyone has been so stressed under the pandemic. Milk tea is probably their only excitement of the day that could let them feel more relaxed. So we reopened in two weeks,” Lee said.

The success of Young Tea has attracted a number of potential buyers for the shop’s franchise in recent years. But Lee has rejected all offers so far because she wants to provide a good and consistent service to customers.

Lee said it took her seven to eight years to open a new location for Young Tea. She focuses on maintaining the shop’s service quality.

Lee said this is her simple philosophy. This is also the reason why she insists on using the best ingredients despite the limited profits she could make. Although she did not attain a great financial success from the business, Young Tea earned an important position in community members’ hearts. This is what she believes is valuable to continue doing this business.

Many have expressed their sadness after she has announced the departure of Young Tea through the shop’s Facebook page.

Bryce Renosa, a loyal customer of Young Tea, was visiting the CID shop on Friday. He said he is sad about Young Tea’s departure in the CID because he has to go further for bubble tea as he lives “pretty south.”

“I always come here, and it’s my favorite shop,” Renosa said. “I’ve been coming here for years now. I would like it to stay because the other options for me to go to are further, and not really my favorite.”

“Everything is really consistent,” he said. He said he really just likes the quality of the tea.

Annabella Li is one of the shop’s employees. She has been working for Young Tea since June last year. She said she feels bittersweet about the closure of the CID shop as it was full of high school memories.

“I went to high school nearby, so I used to come here on Fridays with friends,” Li said. “ Everytime we come here after school, walking down, the walks here are just memorable.”

Josie Liu is also a loyal customer of the bubble tea shop. She said she visited the shop four times a week, as she lived across the street.

“The tea flavors are try-worthy, and it’s right in front of my apartment,” Liu said. “It’s always a great choice for my diet.”

Liu’s experience of having Young Tea across her apartment seems to be loyal customers’ goal. After Lee announced the closure of the CID shop, she said she received a large amount of texts giving recommendations on where her new shop should be located. This is also how Young Tea’s current spot at Wallingford was discovered.

“This location was originally a Starbucks but ended up closing this year. So I decided to take over it,” Lee said. “The customer who suggested this spot is so happy now because our shop is across the street from his house.”

Young Tea will continue its operation with its current Wallingford shop after the closure of the CID shop. It is also expecting to have its new location in Bellevue starting in August. Check Young Tea’s Facebook page for updates.